Queer Artist LP Will Give The Van Buren Heart to Mouth 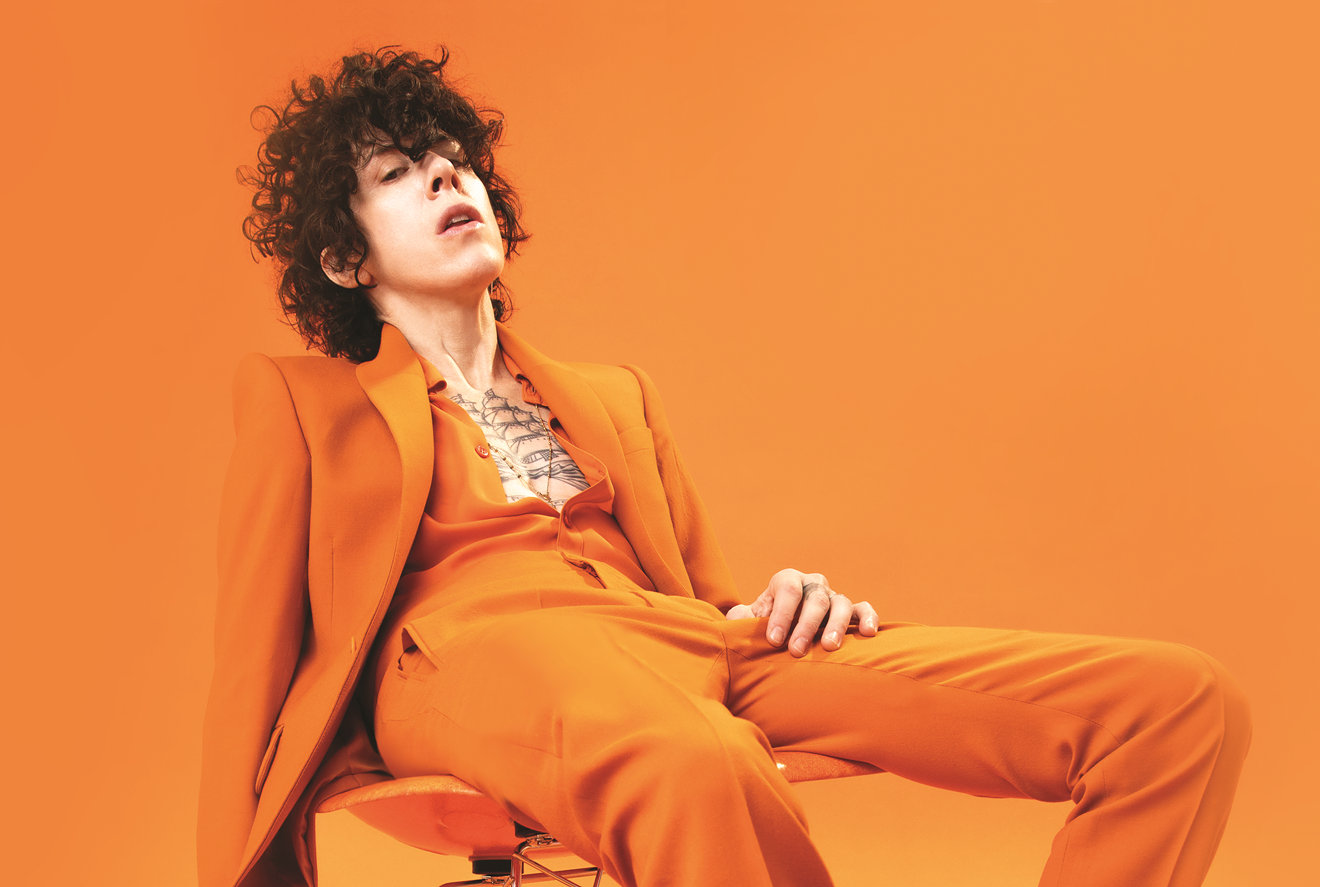 LP will play The Van Buren this week in support of her album Heart to Mouth. Courtesy of Stateside Presents
Acclaimed queer singer-songwriter LP will be making her Arizona debut in support of her recent 2018 album, Heart to Mouth, on Wednesday, March 6 at The Van Buren. Armed with smooth pop riffs that highlight her controlled, raspy vocals, LP will be delivering an emotional, no-holds-barred set for Arizona fans who have yet to catch the blunt honesty of her lyrics in person.

Long Island native Laura Pergolizzi, a.k.a. LP, first established herself as a featured guest on a bonus track from Cracker’s 1998 Gentleman's Blues album before adopting her stage name and releasing her 2001 debut studio album, Heart Shaped Scar. As a songwriter for other artists, LP boasts a long resume: Cher, The Veronicas, The Backstreet Boys, Hitomi, Rihanna, Christina Aguilera, and even former reality TV star Heidi Montag are some of the artists she's worked with.

Although she’s been the “indie darling” of queer and underground communities, Pergolizzi proved herself years ago with critically acclaimed albums like 2002’s Suburban Sprawl and Alcohol and 2014’s Forever For Now before breaking through into the global mainstream with 2016’s Lost On You. The 2015 title track lead single hit number one in multiple European countries, but only managed to make a splash stateside on the U.S. rock charts.

2018’s Heart To Mouth features the unapologetic Pergolizzi at her lyrical best. With tracks like “When I’m Over You” and “Recovery," she delivers a perkily melancholic production style to her hard-hitting lyrics. LP continues her tradition of relatable-yet-masterful storytelling at the commercial height of a career with success long deserved. In an interview with Billboard, LP described “Recovery” as like being on a movie set, comparing the track to her own “crying scene:"

“It has to be sung with emotion; otherwise, it would come off silly," she says. "You can't be robotic about it; You've got to commit. You can't do the crying scene of a movie laughing, right?”

The biting lyrics of LP’s work tell their own story of personal life truths interspersed with clever turns of phrase, as the listener wonders how the clean, creative production managed to escape the American pop music charts. Hopefully it won't be too long before they catch up.

LP. With 76th Street. 8 p.m. Wednesday, March 6, at The Van Buren, 401 West Van Buren Street; 480-659-1641; thevanburenphx.com. Tickets are $26 via TicketWeb.
KEEP PHOENIX NEW TIMES FREE... Since we started Phoenix New Times, it has been defined as the free, independent voice of Phoenix, and we'd like to keep it that way. With local media under siege, it's more important than ever for us to rally support behind funding our local journalism. You can help by participating in our "I Support" program, allowing us to keep offering readers access to our incisive coverage of local news, food and culture with no paywalls.
Make a one-time donation today for as little as $1.