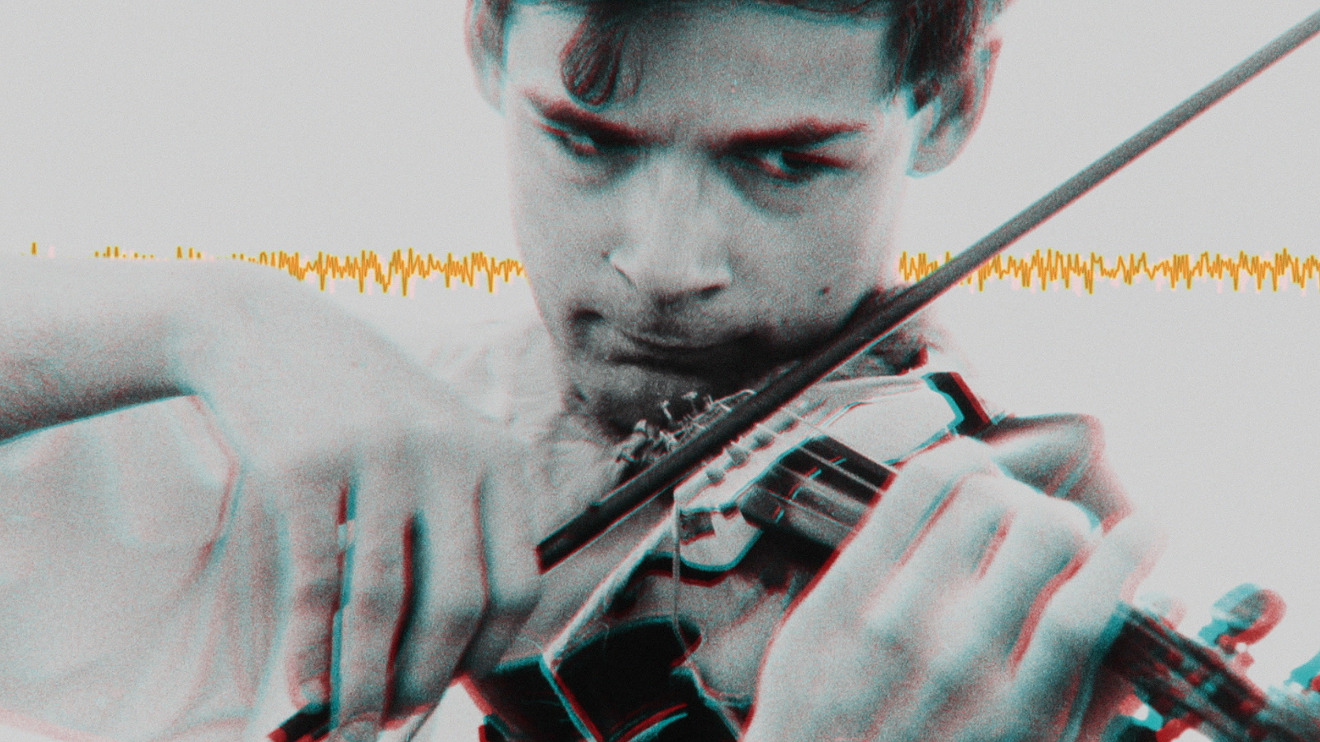 Still from Tony Conrad: Completely in the Present. Frederick Eberstadt/Library of Congress.
Tyler Hubby’s new documentary, Tony Conrad: Completely in the Present, opens with a quote from the late cinematographer, violinist, and conceptual artist: “History is like music, completely in the present.” Hubby treats this quote like a mission statement — his prime directive. Even as the director surveys Conrad’s decades-long career, he maintains rooted in the modern day, focused on Conrad in his last years before he died of prostate cancer on April 9, 2016.

Summing up Conrad’s career isn’t easy. Trained as a mathematician at Harvard, he pioneered American Minimalism alongside La Monte Young and played with Lou Reed and John Cale in the Primitives. (Reed and Cale’s subsequent group, the Velvet Underground, bore a distinct debt to his theories of harmonic dissonance.) In the mid-’60s, he shot hallucinatory experimental structural films, including his debut, The Flicker, featuring a repetitive, constantly flickering image in black and white, which famously caused some audience members to throw up. He went on to teach mind-bending college courses at Antioch College in Ohio and the University at Buffalo in New York. In the 1990s, he created curious, empathic programming for public access television, focusing on amplifying the voices of people in low-income areas.

Remarkably, Hubby’s film captures Conrad’s quixotic charm in all its glory. Credit his extensive use of interviews with Conrad, who proves an affable and excitable host. He’s an unrelenting force on screen, anti-establishment and unstuffy in speech and action. Talking head footage from Moby, Jim O’Rourke, and Jeff Hunt of Conrad’s longtime record label, Table of Elements, helps illuminate his work. But no one does a better job illustrating his peculiarities and ability to approach monolithic ideas in playful ways better than Conrad himself. In one scene, he “conducts” a street corner in New York. It’s as simple a summation of his ideas about art and culture as the film provides.

The film refrains from a linear narrative. One scene features discussion of Conrad’s 1973 album Outside the Dream Syndicate, a collaborative effort with German art rock collective Faust, then jumps to a performance of Conrad and the group from 1994, when they finally got around to performing selections from the record live after more than three decades. Similarly, Conrad erected a reproduction of a cellblock inside a Buffalo loft in 1981 for a film called Women in Jail, but left the set unattended for decades. He returned to film there more there 30 years later.

Perhaps most exciting of all is a revelation late in the film that dozens and dozens of Conrad’s works have yet to be shared. One such project, Ten Years Alive On the Infinite Plain, sees release on New York-based label Superior Viaduct on Friday, May 26. Featuring contributions by no-wave guitarist Rhys Chatham and synthesist Laurie Spiegel, the 1972 recordings provide a fitting introduction to the drama and intensity of Conrad’s work. His droning violin hovers over Chatham and Spiegel’s rhythmic playing on instruments of his own design — wood strips outfitted with electronic pickups, metal hardware, and rubber bands — and while Conrad’s long, violent abstractions aren’t for everyone, patient listening allows for unfolding mental and emotional revelations.

While Conrad remains the star throughout, one particular segment features musician David Grubbs reflecting on recording Conrad’s 1995 “comeback” album, Slapping Pythagoras. Early in the process, Conrad asked which of the players had the loudest guitar amp. When it was produced, its state of disrepair wasn’t a hindrance to Conrad. It was a plus.

“It’s just characteristic of Tony,” Grubb says. “He gravitated toward the most cracked, broken thing, and used that as a reference point for the entire ensemble.”

Tony Conrad: Completely in the Present is scheduled to screen Thursday, May 18, at The Trunk Space.