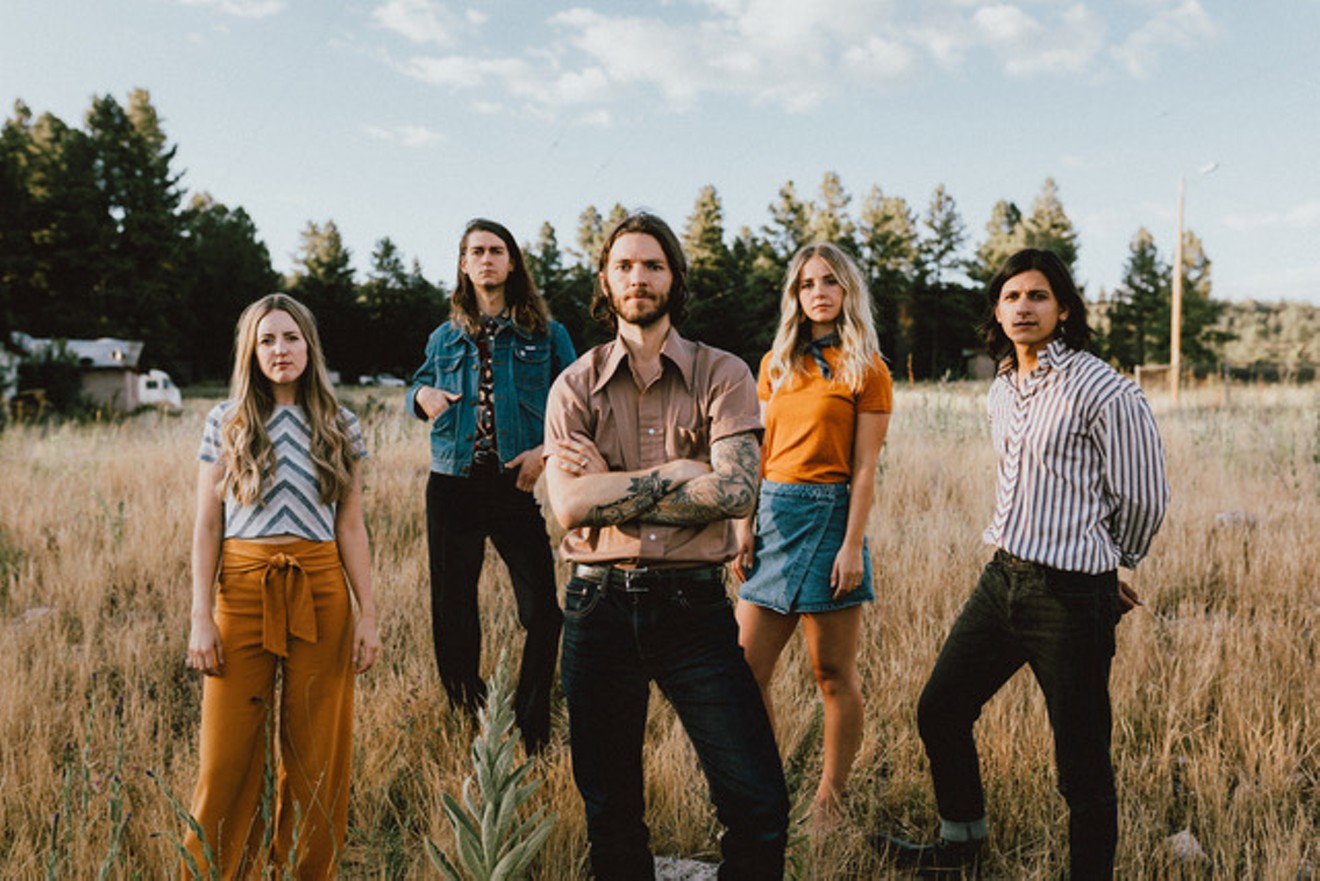 Flagstaff band Tow'rs have become less interested in labeling themselves. Paradigm Talent Agency
Tow’rs’ exceptionally honest discography is a compelling window into the thoughtful and evolving minds of those who made it.

Over four albums and five years, the band document a journey of personal and spiritual growth. They speak about their arrival at inner peace through the embracing of uncertainty and the love of fellow man on their newest album, New Nostalgia, which came out on September 20.

Front-couple Kyle and Gretta Miller met in 2008 as students at NAU. Before they started dating, they started writing songs and played worship music at The Commons, a nondenominational Christian church in Flagstaff.

They married in 2012, and assembled Tow’rs and recorded their first record two years later. It saw more success than any other recent Flagstaff releases. The album’s single, “Belly of the Deepest Love,” an ode to the day Jesus was crucified, has over 5 million streams on Spotify.

“It wasn’t like we had really high aspirations outside of just writing music that we cared about and felt like represented us in a genuine way,” says Kyle.

In many ways, Tow’rs haven’t changed much in their five years together. Like their previous records, the songs on New Nostalgia are intimate, catchy, brutally honest, and filled with vivid imagery of fields, flowers, trees, and falling snow. If you put it on and close your eyes, you can smell the pines.

But unlike their earlier work, these songs feature no clear religious references. They’ve become less interested in labeling themselves.

“What I want our music to be about is something that is inclusive to everyone, and it’s not for a particular group of people, especially a particular religious group,” says Kyle.

On rides between shows, they have long talks about faith and philosophy. No two band members see things the same. With each conversation, their perspectives grow, which is a development they welcome.

“We feel like it’s okay to leave certain parts behind and move forward with the things that you value,” Gretta says. “We love embracing the mystery and the bigness of love and God.”

Gretta and Kyle say they have been increasingly disturbed by aspects of modern Christianity, namely its conflation with nationalism and the rejection of LGBTQ rights.

“Most of my beef with religion was around institutions and how I felt like there were certain aspects of those institutions that you were included into because of who you excluded,” Kyle says. “And everything I had experienced with Jesus and God felt like the opposite.”


Much of New Nostalgia conveys the Millers’ mission to look back on their former selves kindly and to avoid, as they say in “Water Under the Bridge,” becoming what they hate. When they’re in town, they still occasionally perform at The Commons.

Throughout Tow’rs discography, Kyle doubts his ability to be there for the ones he loves.

“Relationships are the most important thing in my life,” he says.

The doubt remains on this record, but it is markedly resolved. On New Nostalgia, the focus is on the world, political polarization, and most importantly, love for one’s self and fellow humans.

“I want people to walk away from the record feeling like, ‘You know what, I can really love myself, and I can I think in return, maybe love people in the world better,’” Kyle says.

Tow’rs are scheduled to perform on Friday, December 6, at Crescent Ballroom. Tickets are $15 and available via Eventbrite.
KEEP PHOENIX NEW TIMES FREE... Since we started Phoenix New Times, it has been defined as the free, independent voice of Phoenix, and we'd like to keep it that way. With local media under siege, it's more important than ever for us to rally support behind funding our local journalism. You can help by participating in our "I Support" program, allowing us to keep offering readers access to our incisive coverage of local news, food and culture with no paywalls.
Make a one-time donation today for as little as $1.