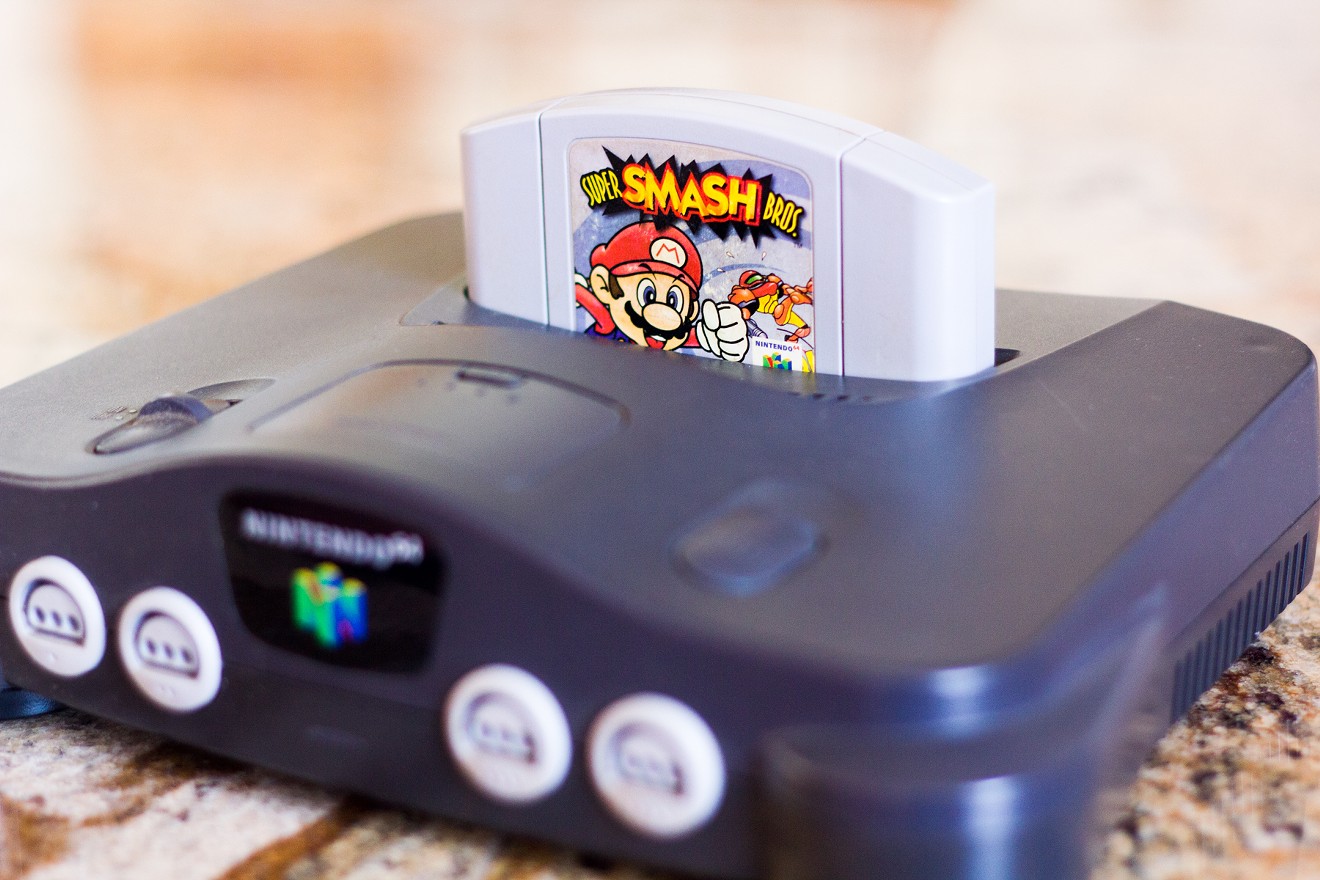 Classic Nintendo titles for the Nintendo 64 and other consoles were available on a website hosted by an Arizona man, the gaming company alleges in a lawsuit. Farley Santos/Flickr

Nintendo has extracted a $12.2 million settlement from an Arizona couple the iconic gaming company sued for operating websites that allowed visitors to play a library of Nintendo titles for free.

Husband and wife Jacob and Cristian Mathias, the lawsuit alleged, operated two websites, LoveROMS.com and LoveRETRO.co, which allowed visitors to play classic Nintendo games on their computer through a process known as emulation.

In addition to a large sum of money they're supposed to pay, a permanent injunction will bar the couple from future infringements of Nintendo's intellectual property. They will also have to hand over to the company every Nintendo game and game file in their possession, their emulator systems, and the domain-name registrations for these two websites.

The agreement entered into Arizona U.S. District Court on November 9 remains subject to the approval of Judge Jennifer Zipps.

Lance Venable, a Chandler intellectual property lawyer representing Jacob and Cristian Mathias, declined to comment about the specifics of the settlement beyond information contained in the court filings. But he explained that it's always preferable to avoid an expensive and time-consuming trial.

"I think they're happy that they don't have to go forward and be involved in a long, protracted, and expensive legal battle with Nintendo," he said of his clients.

The company that gave the world beloved gaming franchises like Super Mario Bros. and The Legend of Zelda is known for aggressively pursuing individuals who infringe on its copyrighted work.

The Japanese gaming giant has gone after the software platform GitHub for hosting a Game Boy Advance emulator. And the company recently won a lawsuit against a Mario Kart-themed tourist attraction in Japan for the more modest judgment of $89,000.

When Nintendo sued the Arizona couple in July, the company described them not as casual gamers, "but instead sophisticated parties with extensive knowledge of Nintendo's intellectual property and the video game industry more generally."

The company alleged that the couple profited from Nintendo's intellectual property by selling ads on their websites and asking for donations.

Nintendo launched their lawsuit in July against Mathias and his Gilbert-based web development company Mathias Designs, L.L.C., later adding his wife as a co-defendant. At some point, LoveROMS and LoveRETRO went dark.

Both sites now display an apology to Nintendo that says they caused harm to the company and customers by infringing on Nintendo's intellectual property rights. They tell visitors to go to Nintendo's website "to access legitimate Nintendo games online."

In a way, the couple is lucky to only have to pay $12 million.

In Nintendo's original complaint, the company sought damages for each alleged violation of Nintendo's copyrights and trademarks. Adding up the potential damages based on the library of hundreds of games on LoveROMS and LoveRETRO could have easily left the pair facing an astronomical sum.

When New Times reported on the lawsuit this summer, Nintendo of America said in a statement, "The most popular downloads on the website are Nintendo’s first-party titles that have reportedly been downloaded more than 60 million times."

So, how exactly are they going to pay off a $12 million judgment? Their attorney couldn't say, but noted that they're obligated to try.

"They're gonna do their best. That's all I can tell you," Venable said. "I can't really talk about their finances or talk about their specifics of how they intend to take care of that, but, you know, the judgment speaks for itself."
KEEP PHOENIX NEW TIMES FREE... Since we started Phoenix New Times, it has been defined as the free, independent voice of Phoenix, and we'd like to keep it that way. With local media under siege, it's more important than ever for us to rally support behind funding our local journalism. You can help by participating in our "I Support" program, allowing us to keep offering readers access to our incisive coverage of local news, food and culture with no paywalls.
Make a one-time donation today for as little as $1.