The First-Ever Asian District Night Market Is Coming to Mesa 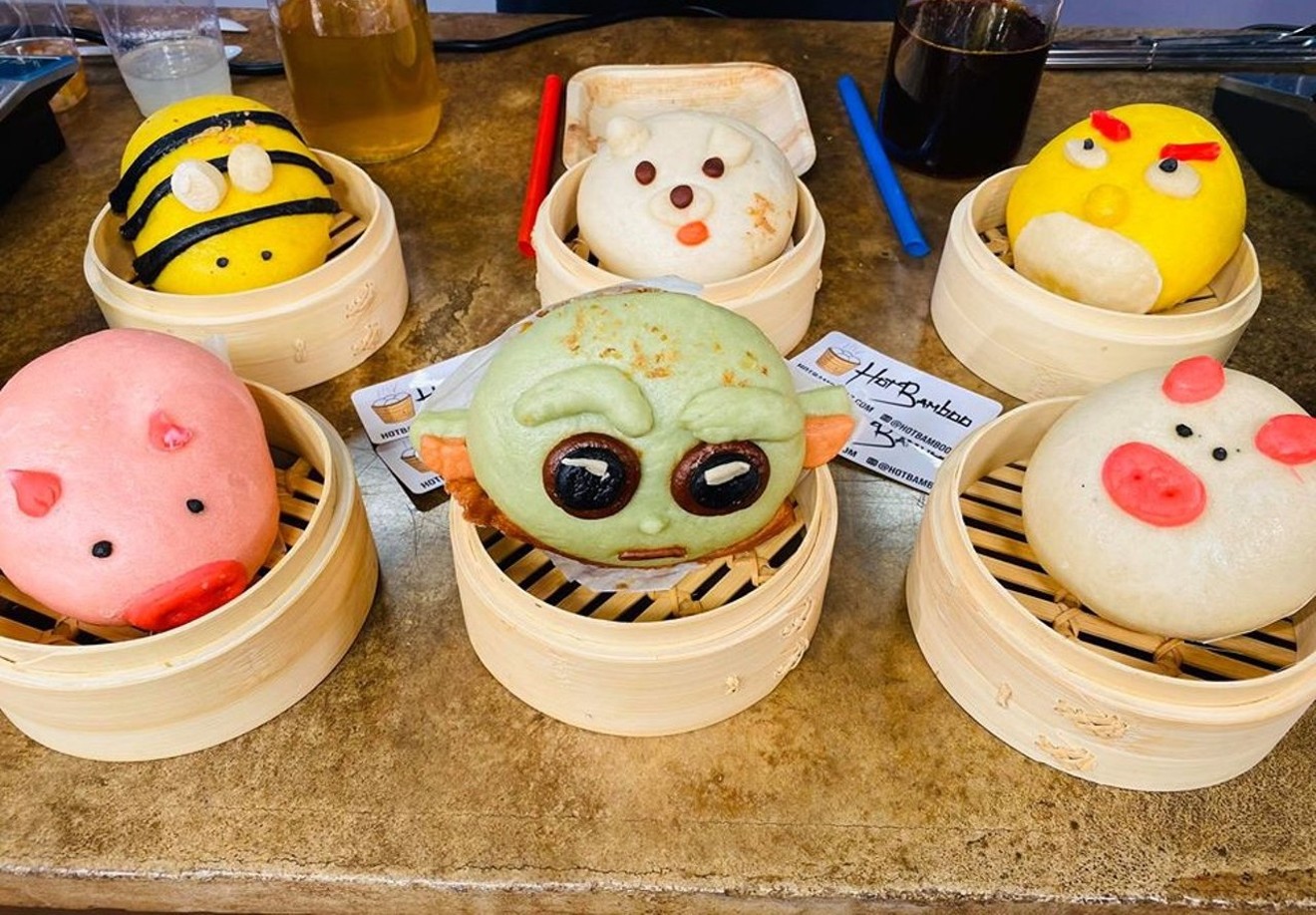 Good thing we chatted with Arizona Asian Chamber of Commerce CEO Vicente Reid, and a few participating vendors, to get the details.

“It’s a foodie concert,” Reid says of the inaugural event. More than 65 food and retail vendors will be on deck at the AZ International Marketplace, and attendees can expect an arcade, a kids' zone, and other entertainment.

More than 65 food and retail vendors will be at the Asian District Night Market on February.
Arizona Asian Chamber of Commerce
Jimmy Li, one of the owners of Pokitrition, definitely will be there.

“Pokitrition has been involved in a lot of the Asian food festivals, and the Asian District Night Market is something we are definitely looking forward to, mainly because it will be the official launch of the Asian District in Mesa,” Li says. “Having been here since 2007, I’ve been able to see the Asian food scene flourish in Arizona, and to be able to visit so many existing and new food vendors in one place is simply mind-blowing.”

This is the first, official introduction of the Asian District in Phoenix, referring to the two-mile radius around Dobson Road and Main Street — an area that's been steadily growing for more than 10 years. This is where you'll find restaurants and shopping centers like Mekong Plaza, Shaanxi Garden, Asian Cafe Express, and so much more.

Pokitrition's sushi tacos — just one more thing to look forward to.
Jacob Tyler Dunn
“Asian-Americans in Arizona bring in close to $6.8 billion in purchasing power — a crazy number to think when you think about how small the population actually is," Reid says. "We’re the fastest-growing ethnic group, not only in the United States, but in Arizona as well. The biggest impact of the festival is that we’re creating this culture — this micro-culture — of Asian-Americans having influence, and we’re a huge community that has a lot to share.”

Back to the food.

There will be sushi burritos, hot buns, and boba tea. Fan favorites like Pokitrition, Deez Buns, Hot Bamboo, and Pop n’ Tea are just a few of the anticipated food vendors.

Deez Buns will be there.
Charles Barth
“We will be serving our character bao, dumplings, and other tasty snacks at the event," says Hot Bamboo owner Anna Heinbach. "We're looking forward to seeing all of our friends out there enjoying a fun-filled night."

One more perk: “Sapporo actually designed a beer garden specifically for festivals, and this is the first time they’re going to come out,” Reid says. Reid adds: “AJ Rafael is coming, and I’m a super fangirl of his, as well as Ruby Ibarra," who describes herself as a scientist by day and rapper by night.

Asian District Night Market will be held from 5:30 to 11:30 p.m. on Saturday, February 29, at the AZ International Marketplace, 1920 West Broadway Road in Mesa. Samurai Foodie (general admission) tickets are $8, while Shogun Foodie (VIP) tickets are $50. For more information, visit the Asian District Night Market website.
KEEP PHOENIX NEW TIMES FREE... Since we started Phoenix New Times, it has been defined as the free, independent voice of Phoenix, and we'd like to keep it that way. With local media under siege, it's more important than ever for us to rally support behind funding our local journalism. You can help by participating in our "I Support" program, allowing us to keep offering readers access to our incisive coverage of local news, food and culture with no paywalls.
Make a one-time donation today for as little as $1.