A Real Buzz: Arizonans Can Now Booze It Up With Kombucha

High octane kombucha for your drinking pleasure. Courtesy of Boochcraft
That fizzy fermented tea beverage, kombucha, is popular among the health-conscious for providing a source of living probiotics — which some say can improve gut health and digestion. Any kombucha you buy usually contains trace amounts of alcohol, but the percentage is typically so low that catching a buzz off the 'booch isn't possible. However, Boochcraft is changing that with its new line.

The San Diego-based Boochcraft is now distributing three flavors in Arizona — Apple Lime Jasmine, Grapefruit Hibiscus Heather, and Ginger Lime Rosehips. And be proud, as Phoenix is the first city outside California to offer them. All three clock in at 7 percent alcohol by volume (ABV). Your typical domestic beer averages about 4 to 5 percent ABV, so remember maybe to pace yourself when entering the uncharted waters of this new 'booch-style booze.

And if organic, raw, and gluten-free ingredients top your list of alcohol musts, then Boochcraft might be your new drink of choice.

Boochcraft is available in one-sixth and one-half barrel kegs, 22-ounce glass bottles, and, starting in April, a four-pack of 12-ounce cans. Find it around the Valley in spots like the downtown Whining Pig, Bottle Shop 48, Jobot Coffee & Bar, First Draft Book Bar, Sun Devil Liquors, and a few more. An official launch party will also be held on Saturday, April 20, at monOrchid and feature special Arizona-inspired flavor.s


For more information, see the Boochcraft Hard Kombucha website.
KEEP PHOENIX NEW TIMES FREE... Since we started Phoenix New Times, it has been defined as the free, independent voice of Phoenix, and we'd like to keep it that way. With local media under siege, it's more important than ever for us to rally support behind funding our local journalism. You can help by participating in our "I Support" program, allowing us to keep offering readers access to our incisive coverage of local news, food and culture with no paywalls.
Make a one-time donation today for as little as $1. 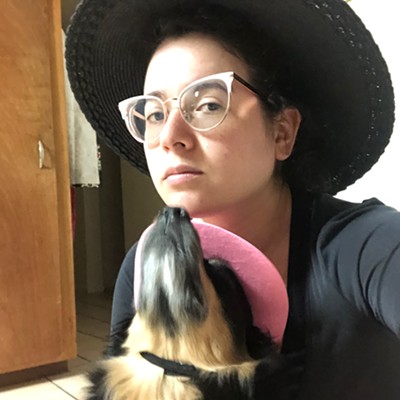