Navajo Mike's Is Creating a Barbecue Style for the Southwest 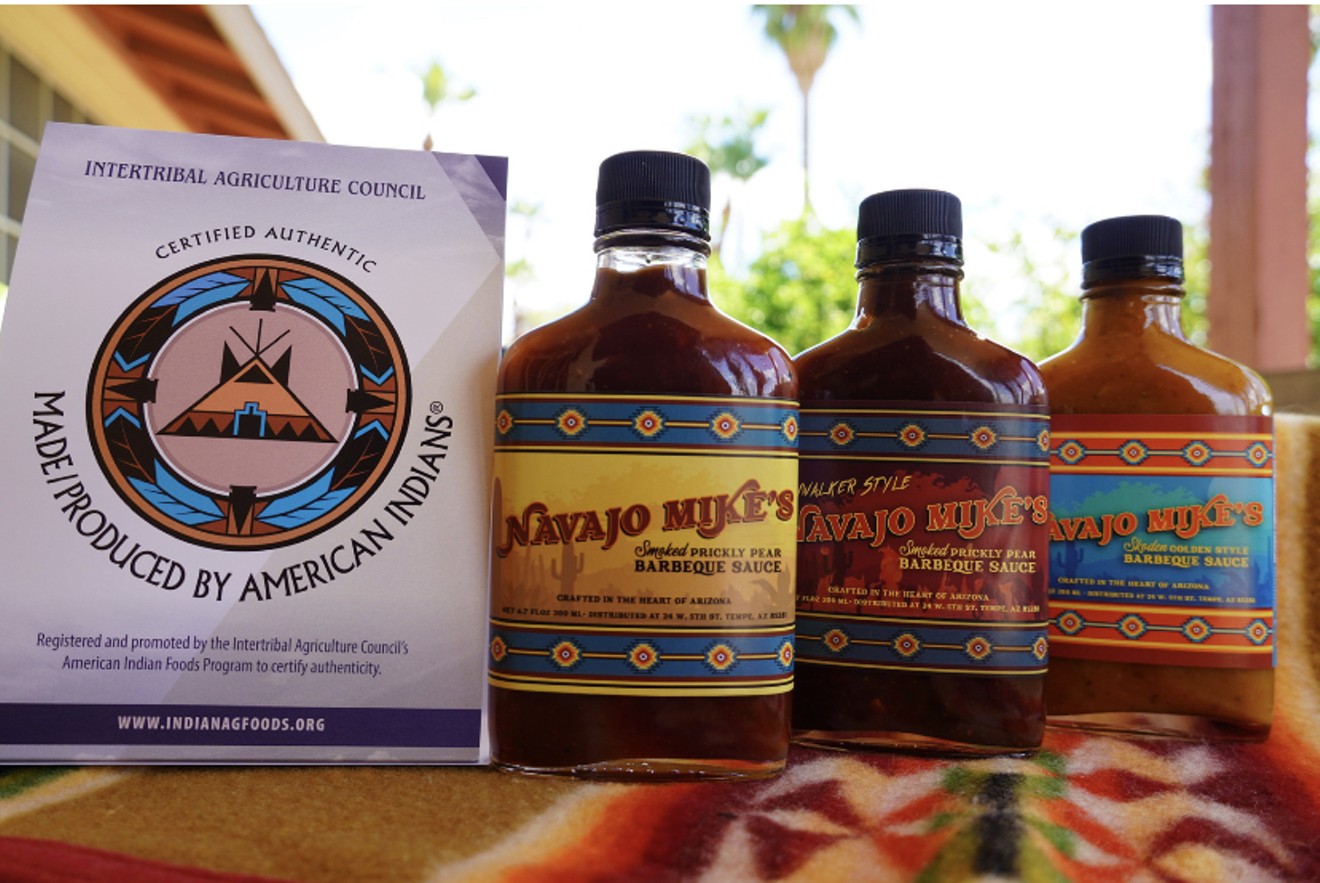 
Prior to COVID, Michael John was working as the executive chef at Sunbar in Tempe. Then, more or less overnight, the 15-year veteran of the service industry found himself out of a job. Suddenly blessed with some downtime, John started experimenting with making his own barbecue sauce recipes. Wanting to create a sauce specific to this part of the country, he drew inspiration from the prickly pear.

Thus was born Navajo Mike's, which is now over a year old. John does it all, from making the sauces to filling and labeling every bottle. Currently, the Tempe-based business offers three barbecue sauces: Smoked Prickly Pear; “Skoden Golden” Style, which is more mustard-based; and “Skinwalker Style” Smoked Prickly Pear, which has a spicy kick from ghost peppers. John recommends using the smokey prickly pear sauce for both vegetables and meats and letting it “color your palate with the rugged beauty of Arizona.”

All bottles are 6 ounces and cost $7 on the Navajo Mike's website.

Early on, John donated some of the proceeds from his sales to the Navajo Nation Covid Relief Fund. “The better my business does, the more I plan to give back to the tribe,” he says.

Related to that, Navajo Mike's was recently certified by American Indian Foods, a program of the Intertribal Agriculture Council that offers a platform for Native-owned businesses. The trademark protects the native producer and consumers from falsely advertised Indian-made products. According to Latashia Redhouse, AIF program director, certified products must be made by "a federally recognized Tribal member or Tribal entity as defined by law. Or, at least have a controlling 51% share interest.”

“I appreciate having stores that sell Native products only because those stores won’t sell any falsely advertised Indian-made products and the money will benefit the tribe,” says John.

For updates, follow Navajo Mike's on Instagram or Facebook.
KEEP PHOENIX NEW TIMES FREE... Since we started Phoenix New Times, it has been defined as the free, independent voice of Phoenix, and we'd like to keep it that way. With local media under siege, it's more important than ever for us to rally support behind funding our local journalism. You can help by participating in our "I Support" program, allowing us to keep offering readers access to our incisive coverage of local news, food and culture with no paywalls.
Make a one-time donation today for as little as $1.