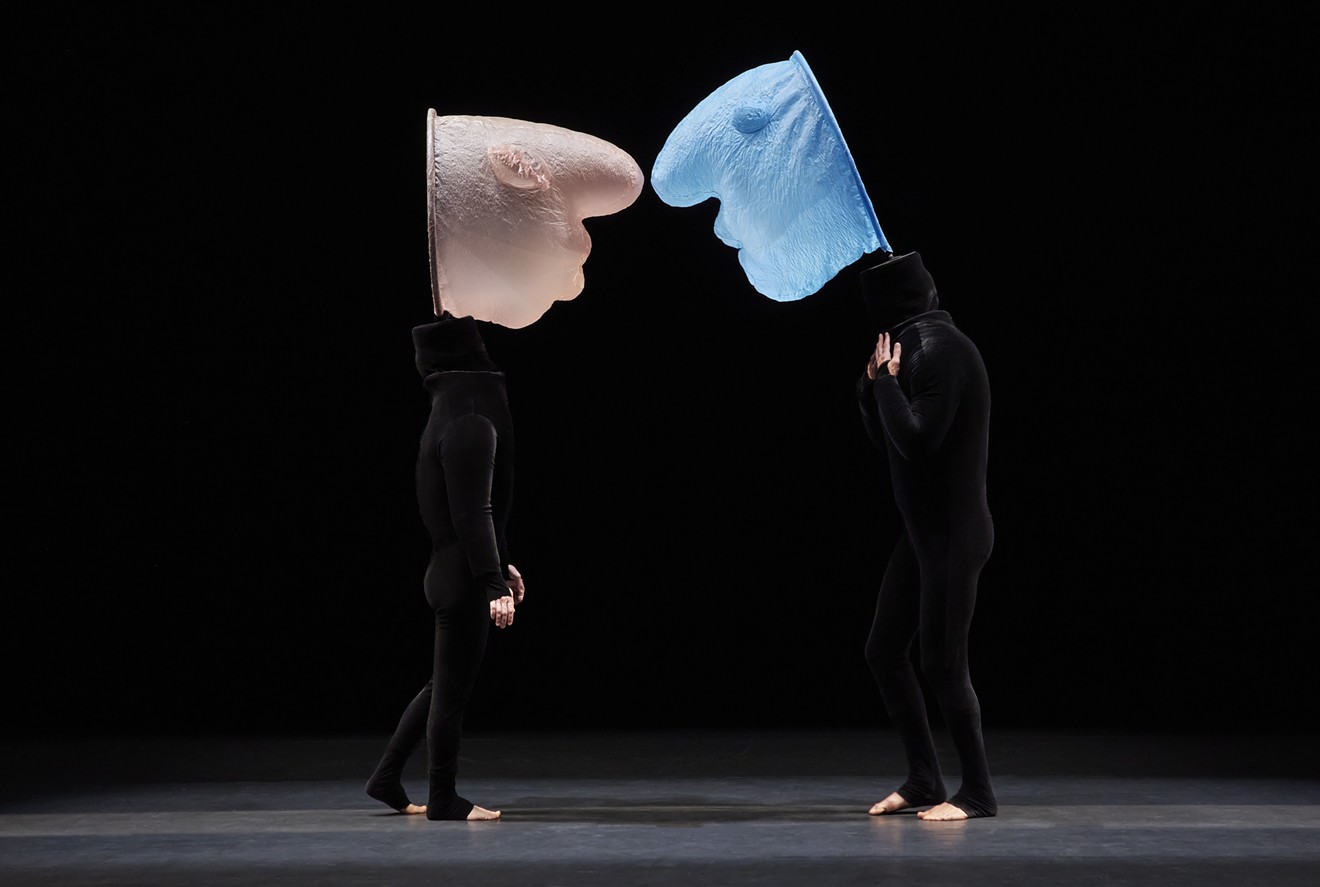 The members of Swiss theater troupe Mummenschanz are scheduled to perform at Madison Center for the Arts this weekend. Noë Flum
If your “to-do” list for the weekend includes having fun or experiencing some culture, we’ve got some suggestions. Over the next few days, you can get your fill of art and pancakes, be awed by the mime-like artistry of Mummenschanz, or attend a screening of Kevin Smith’s newest film and ask him a question or two.

More information about these and other events this weekend is available below. For more things to do around the Valley from Friday, November 18, to Sunday, November 20, visit Phoenix New Times’ calendar. 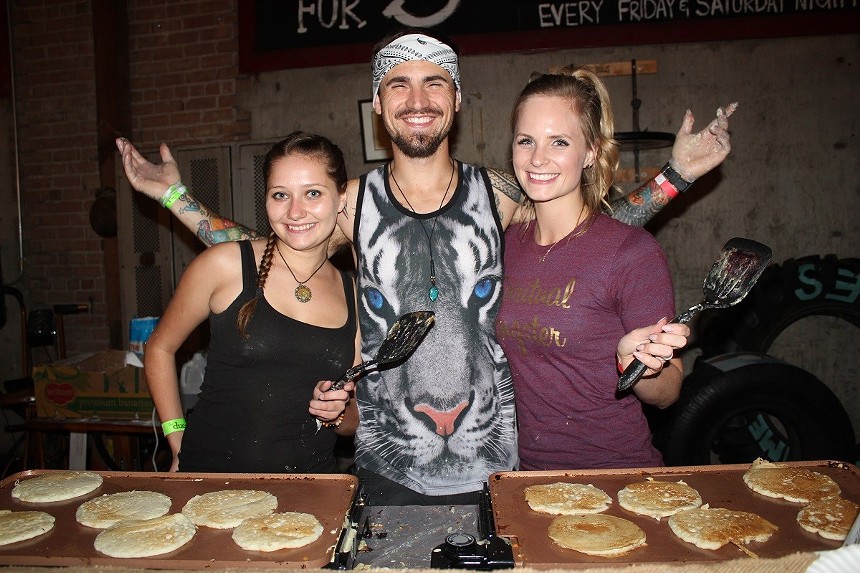 Downtown Phoenix bar, restaurant, and nightspot The Duce, 525 South Central Avenue, will host a throng of art lovers and urbanites during the latest edition of the Phoenix Pancakes & Booze Art Show on Friday, November 18. As the name of the pop-up event implies, it offers the chance to gorge on all-you-can-eat flapjacks while getting an eyeful of works created by more than 75 local artists. There will also be handcrafted cocktails available for purchase, music from a lineup of DJs and producers, and live art and body-painting sessions. Hours are from 8 p.m. to midnight, and admission is $15 at the door. Benjamin Leatherman
click to enlarge 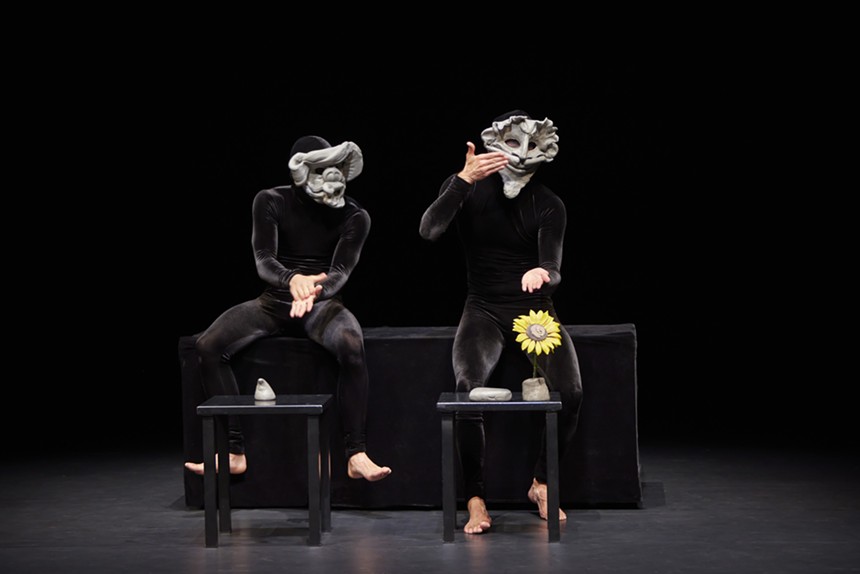 The members of Swiss theater troupe Mummenschanz have spent the past five decades touring the world and offering their self-described “poetic nonverbal performances” using various masks and props. Their whimsical, mime-like artistry, which involves innovative manipulations of shadows and light, has been seen by millions, most famously on a 1976 episode of The Muppet Show. The troupe will stage the final U.S. performances of their 50th-anniversary tour during a three-night stint at Madison Center for the Arts, 5601 North 16th Street, this weekend. Show times are at 7 p.m. on Friday, November 18, and at 1 p.m. on Saturday, November 19, and Sunday, November 20. Tickets are $35 to $65. Benjamin Leatherman 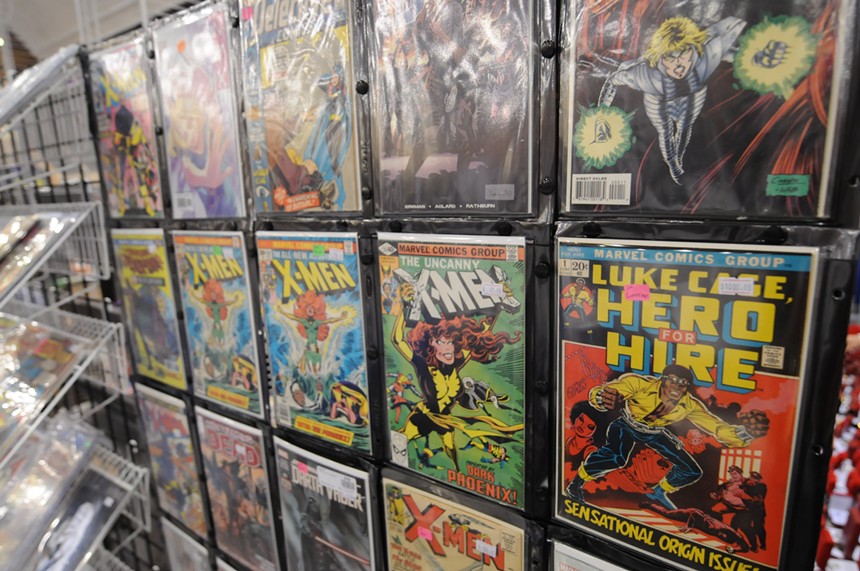 Before they were invaded by legions of cosplayers, celebrities, and even movie studios, comic book shows were almost exclusively about slinging titles. No sprawling, high-tech booths or panel rooms, just row after row of dealers and shops selling back issues and new titles to collectors and fans of the sequential art form. Such will be the scene inside American Legion Post 44, 7145 East Second Street in Scottsdale, from 11 a.m. to 5 p.m. on Saturday, November 19, during the latest Scottsdale Comic Show. A dozen different retailers from Arizona and elsewhere will have tables at the event, including local spots Samurai Comics and Brandon's Comics. The door charge is $5 (cash only), which you can redeem at any vendor table with a purchase. A complete list of dealers is available here. Benjamin Leatherman
click to enlarge 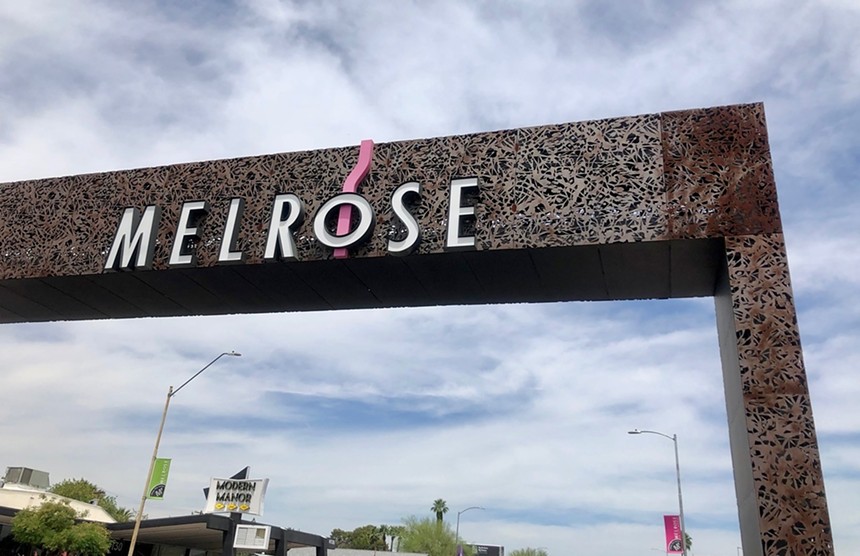 Head to the Melrose District this weekend to score some vintage finds.
Lauren Cusimano

Unless you already lived there, you may not know the cultural and historical value of the Melrose District. Every month, residents and local businesses put this vibrant area on display with the Melrose Vintage Market. The homegrown open-air market features more than 60 local dealers selling wares ranging from clothing and decor to furniture and random “oddities,” with styles like pre-war, art deco, and mid-century modern. Plus, there are food and drink vendors available, including local bakeries, and the market is dog-friendly. This free event is from 9 a.m. to 3 p.m. on Sunday, November 20, at 700 West Campbell Avenue. More details can be found here. Chris Coplan 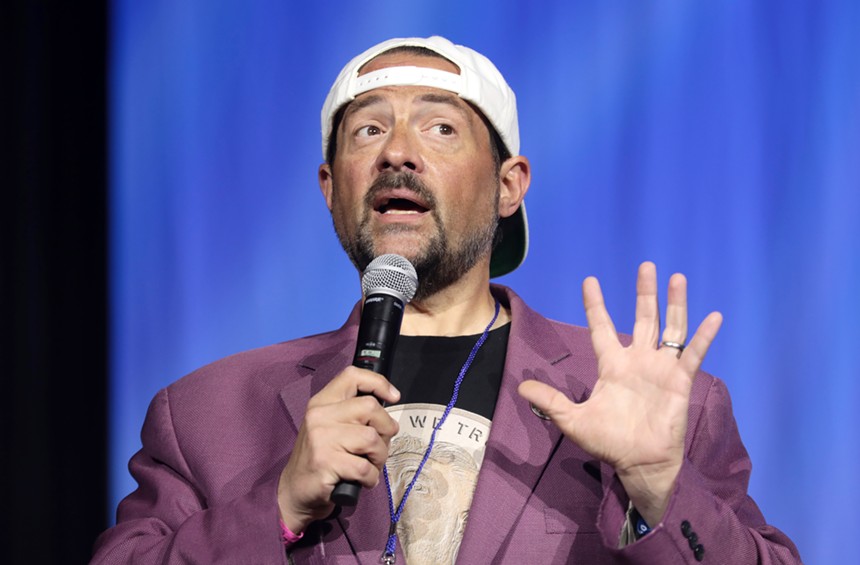 If you’ve ever listened to Kevin Smith’s multitude of podcasts, it's evident the cult film director, writer, and geek icon is the opposite of Silent Bob, the often-quiet character he’s portrayed in eight of his movies. Put simply, Smith is nothing if not loquacious. Smith will be talking about Clerks III when he screens the flick at Stand Up Live, 50 West Jefferson Street, on Sunday, November 20. The project is a threequel to his 1994 slacker comedy Clerks, which focuses on the misadventures of New Jersey convenience store employees Dante Hicks and Randal Graves. Smith will conduct post-show Q&A sessions following the screenings, which are at 1:30 and 7:30 p.m. Tickets are $50 per person (plus a two-drink minimum). Benjamin Leatherman
KEEP PHOENIX NEW TIMES FREE... Since we started Phoenix New Times, it has been defined as the free, independent voice of Phoenix, and we'd like to keep it that way. With local media under siege, it's more important than ever for us to rally support behind funding our local journalism. You can help by participating in our "I Support" program, allowing us to keep offering readers access to our incisive coverage of local news, food and culture with no paywalls.
Make a one-time donation today for as little as $1.
Chris Coplan has been a professional writer since the 2010s, having started his professional career at Consequence of Sound. Since then, he's also been published with TIME, Complex, and other outlets. He lives in Central Phoenix with his fiancee, a dumb but lovable dog, and two bossy cats.
Contact: Chris Coplan
Follow:
Twitter: @CCoplan