The Fry's Electronics Era in Phoenix Is Officially Over 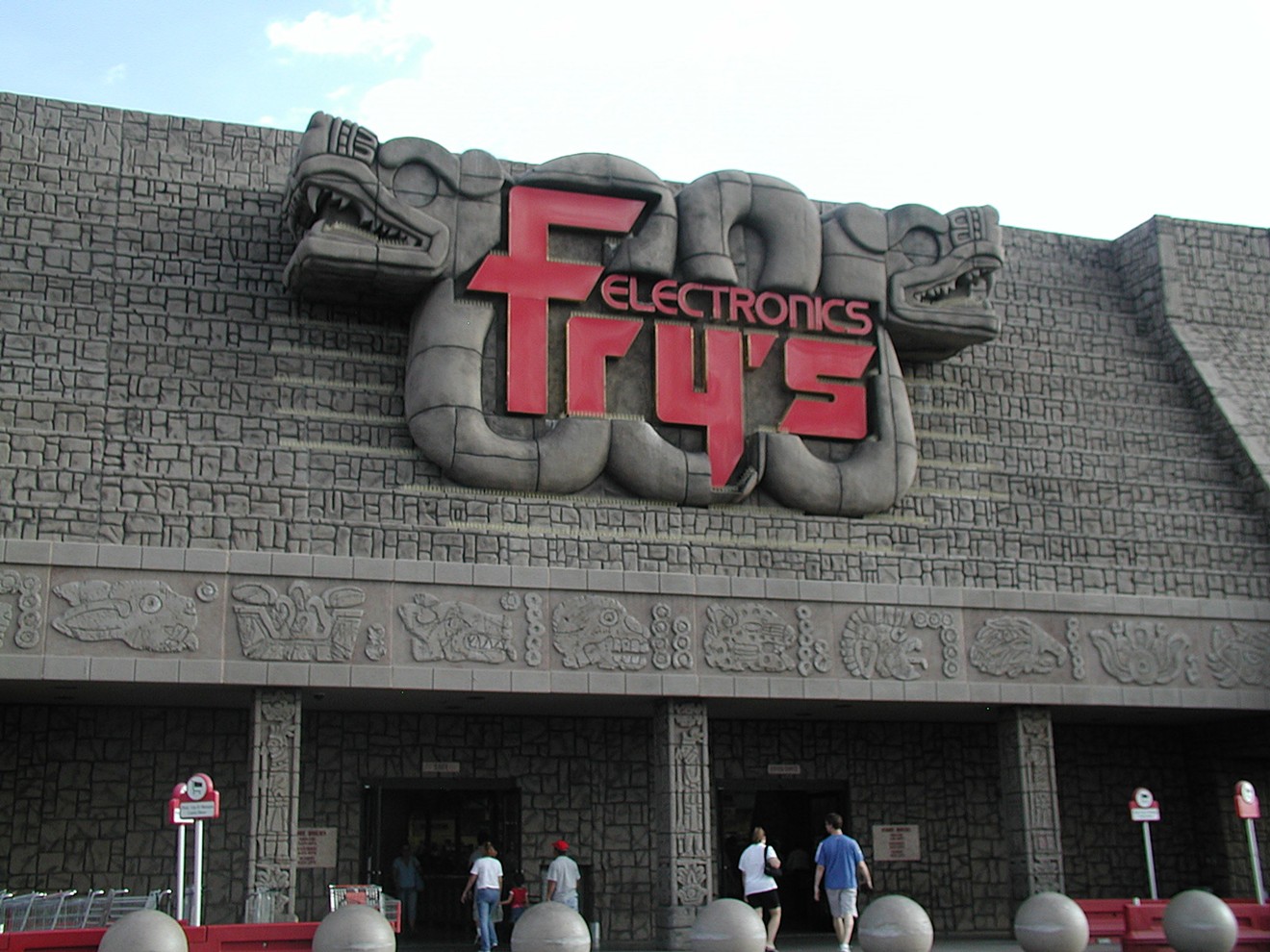 Big-box tech retailer Fry’s Electronics is pulling the plug on its stores across the U.S., including two locations in the metro Phoenix area that have been around since the '90s.

The San Jose, California-based chain announced the news via its website on Tuesday, citing “changes in the retail industry and the challenges posed by the COVID-19 pandemic.” Locations in Tempe, north Phoenix, and 29 other cities nationwide will reportedly close for business immediately.

The closure probably won’t come as much of a shock to local Fry’s Electronics patrons in recent years. The chain has been ailing. Since late 2019, its locations in the Valley and elsewhere have been virtual ghost towns, with a majority of shelves barren of stock.

Fry’s Electronics reportedly changed over to a consignment model with manufacturers and distributors, which severely limited its inventory, because of the increased cost of importing products from China. The chain began closing stores in 2020 for financial reasons.

The situation was a far cry from Fry’s heyday in the '90s and 2000s when the then-popular chain rode the tech boom. It grew to 34 stores nationwide by 2014. 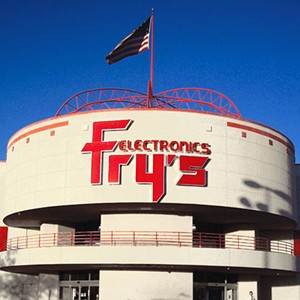 The exterior of Fry's Electronics in Tempe.
Fry's Electronics
Fry’s Electronics originated in Silicon Valley in 1985 and expanded to multiple locations in California and eight other states in the following decades. It opened its first Arizona location on Baseline Road just west of Interstate 10 in June 1997. A second store at Thunderbird Road and 30th Avenue in north Phoenix followed in December 1999.

Each Fry’s location featured a distinct theme inspired by something unique to the area. The Thunderbird Road location, for instance, was decked out like an Aztec temple (complete with an elaborate facade outside and costumed mannequins inside) while Tempe’s version focused on golf.

Valley residents were saddened but not surprised by news of the closures, given the barren state of the Tempe and north Phoenix locations. Tributes to the stores have been posted on social media and in a discussion on the Phoenix section of Reddit.

“It was the bomb before Amazon et al. made them obsolete. If you wanted to shop electronics or buy a video game or even check out appliances and furniture this was a great place. And I liked to tinker with PCs so this place was heaven,” one Reddit user wrote.
KEEP PHOENIX NEW TIMES FREE... Since we started Phoenix New Times, it has been defined as the free, independent voice of Phoenix, and we'd like to keep it that way. With local media under siege, it's more important than ever for us to rally support behind funding our local journalism. You can help by participating in our "I Support" program, allowing us to keep offering readers access to our incisive coverage of local news, food and culture with no paywalls.
Make a one-time donation today for as little as $1.