7 TV Shows to Binge-Watch This Summer

Changing Hands hosts a discussion about The Handmaid's Tale, which was recently adapted as a Hulu show. George Kraychyk/Courtesy of Hulu
As kids, we had 63 television channels, one more than most, thanks to HBO piped in through a contraband We entertained ourselves from that selection, sans remote control, on a huge tube television uphill both ways in the snow.

These days, there's on-demand. Netflix, Hulu, Amazon, Sling, and countless other services that stream shows for a minimal fee. It's a watch what you want when you want . No one-week wait for the next episode. No checking the TV Guide for repeats of episodes we missed. Now, it's a mere 30 seconds before the next installment auto-plays, and there's a search function to unearth the old episodes of our heart's desires. It is a kind and wonderful world.

Out of this new reality, binge-watching was born. What better way to watch TV than planting on the couch and plowing through 10 seasons. Like a great book we can't put down, we watch them until there are no more to watch. And then we're sad. Until we find another binge-worth title. Here are some of our favorites.

The Handmaid's Tale
Based on the novel by Margaret Atwood, this compelling new Hulu series that debuted in April follows a modern day mother, wife, and working woman, who like many other fertile women, are captured by a violent, extreme-right American regime that has taken over. The women are forced to be concubines, or as the regime calls them, "handmaids" and bear the next generation of children for its infertile leaders.

Courtesy of Netflix
13 Reasons Why
When we first saw the advertisements for this new Netflix series, we wondered if it made suicide appealing. But we gave it a shot and were immediately drawn in. In the series, Hannah, a high school sophomore who took her life, leaves behind 13 tapes to be heard by the people who contributed to her demise. The story follows Clay, who is one of the last to listen to the tapes. We're not sure how he can resist listening straight through the tapes in one night, because once we began watching the show, we were sucked in.

Frank W. Ockenfels 3/E!
The Royals
What would happen if Buckingham Palace crowned a sassy Elizabeth Hurley lookalike as Queen? Her daughter would snort cocaine, her eldest son would be left on an island for dead, her other son would hate her, her brother-in-law would want to kill her, and the king? Well, God save him.

Daya (Dascha Polanco) takes matters into her hands.
Cara Howe/Netflix
Orange Is the New Black
Although NYC's pretty and privileged Piper believes she does not deserve to be in prison, she makes the best of it while she's there. The Netflix series tells the present day and backstory of Piper and her new prison friends — and frenemies. Season five began on June 9, so hurry up and get your binge on.

Downton Abbey
Don't judge this series by its cover. For years, we thought it was about a stuck up aristocratic family living in a highfalutin world. And that's only part of the story. Downton Abbey follows the Crawleys, a family holding on to an estate and their titles in the 1920s, a time when estates and titles began fading away. The show is also about the lives of the British estate's extensive servant staff. Be prepared to develop a sympathy for those living upstairs and downstairs thanks to the show's multitude of complex and interesting characters.

Breaking Bad If you have yet to watch this series, we're sorry and we're jealous. This AMC show debuted in 2008 and paved the way for binge-worthy shows to come. Walter White is a frustrated high school chemistry teacher who inadvertently, (and then, not so inadvertently), becomes a big-time crystal meth manufacturer. We spent five seasons debating whether to love him or hate him at the water cooler. If you watch it, give us a call, we're still up for a good deliberation.

Courtesy of AMC
Better Call Saul
The only thing wrong with this series is that there aren't enough seasons yet. We watched it with the promise of a Breaking Bad fix — and it delivered. As a prequel to the Walter White drama, this Emmy-nominated AMC series tells the backstory of Jimmy McGill, a morally challenged, small-time attorney with a big dream that eventually transforms him into Saul Goodman. 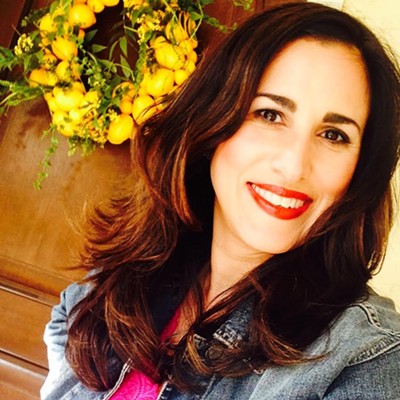