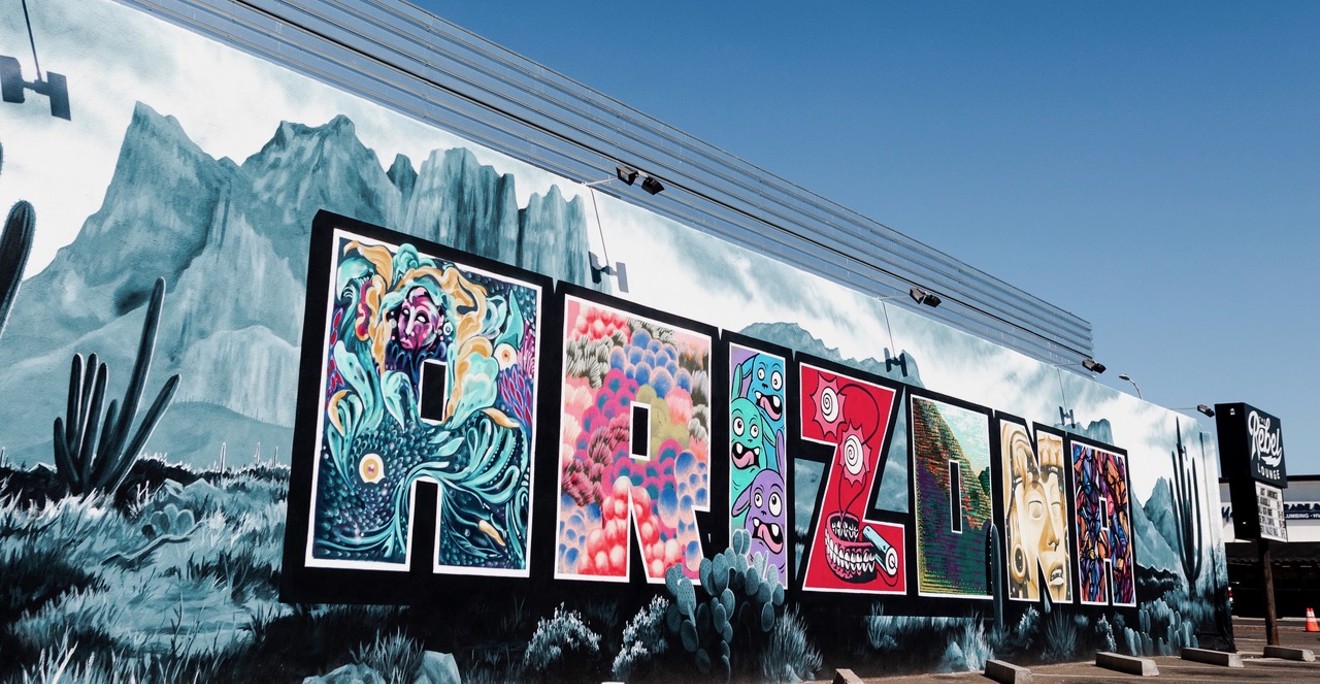 This really ties the wall together. Quinsey Sablan
Next time you're heading to The Rebel Lounge to catch a show, you're bound to notice the colorful addition to the building's east side.

The 50-foot ARIZONA mural is a collaboration between eight artists from the 48th state. The background and each letter feature the artist's signature style. Tucson-based Joe Pagac, who also painted the mural on the wall of Alamo Drafthouse Cinema in Tempe, painted the Superstition Mountains in the background. The other artists had the freedom to paint whatever they wanted inside the confines of their letter.

The new ARIZONA mural on the east side of The Rebel Lounge.
Justin Yee
“The only instruction we gave was to be colorful, and we showed them the background. The rest was completely up to them,” says The Rebel Lounge’s owner, Stephen Chilton. “It has been one of the best parts of the project, seeing what everyone would come up with.”

The mural is meant to capture the diverse personalities and backgrounds of our state and each artist but it might also represent Chilton's (who also founded Psyko Steve Presents) efforts to keep things local. The Basically Annual Phoenix Independents Bowl raises money for Local First Arizona and The Phoenix Rock Lottery builds up the local music community through collaboration. (It's also an amazing show and a great charity event for Rosie's House.)

The artist contributing a letter are:

“We knew we wanted something memorable on this wall. Something that people in our community and bands touring through would see and remember,” says Chilton. “We toyed with ideas of what that should be for a while before settling on this.”

Check out this video to see the artists painting the mural. Check it out for yourself at 2303 East Indian School Road.