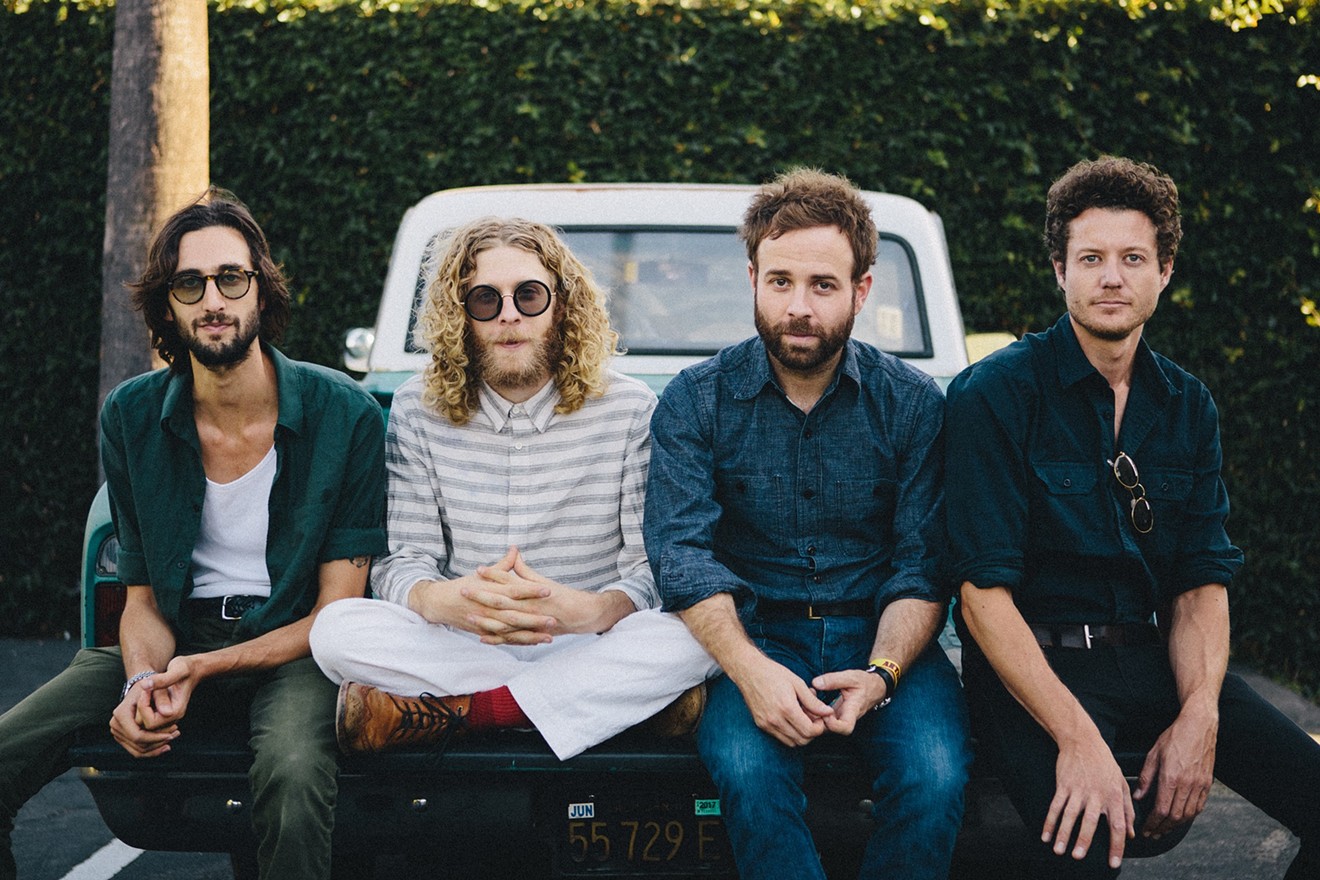 Taylor Goldsmith, guitarist and vocalist of the folk-rock band Dawes, writes beautiful lyrics about finding meaning in life and spiritual transcendence. Combine this with his relationship with the singer and actress Mandy Moore, an artist who built her scandal-free reputation on her spiritual beliefs, and it suggests he might hold a strong faith. Yet Goldsmith, who often alludes to an ideal afterlife in songs like the hit single “When My Time Comes,” does not believe in heaven.

“Whether you like it or not, making any kind of art acknowledges some kind of higher power,” Goldsmith explains over the phone. “Even though I am not religious in any direct way, I feel like the only words I can think of would be spiritual. It doesn’t go further than that for me. I don’t pretend to have any understanding of any of that.”

Goldsmith admits that death and leading a satisfied life is a prevalent theme in Dawes’ work. The odd title of the California-based quartet’s latest release, We’re All Gonna Die, suggests Goldsmith is no longer being subtle about his favorite topic.
“If you want to talk about living your life to the fullest, what you are really talking about is dying,” he says. “It’s always going back to that for me.”

The new album is a sonic departure for Dawes, which includes bassist Wylie Gelber, Goldsmith’s brother Griffin on percussion, and keyboardist Lee Pardini. When they released their debut, North Hills, in 2009, they found themselves associated with a ’60s California folk sound that has been hard to shake. These days, the trademark captivating lyrical details remain, but the stories they are telling are now accompanied by an edgier rock sound. Goldsmith is well aware this new direction may turn off some fans who loosened up listening to the quartet’s organic but does not seem the least bit concerned about it.

“If it’s the kind of fan that only likes North Hills and only wants Dawes to play slow acoustic guitar songs with big three-part harmonies that mention mountains, rivers, and sunsets, I don’t care about keeping those fans happy,” rants Goldsmith in an honest tone. “The kind of fan that is interested in the artistic process and what an artist grows into, which is the fan that I am, is the only kind of fan I have a chance of appealing to.

“If it feels true to us, it will feel true to the listener. I think when an artist tries to re-create something that they have already done, the audience is the first one to see it.”

Dawes puts their heart and soul into their live show, and their authenticity is what makes them such a thrill to see in person. When they aren’t headlining their own tour, Dawes is a highly sought-after opening act, touring several years ago with Nobel Prize-winner Bob Dylan (“That was an interesting tour,” Goldsmith recalls. “He’s a very private person”). The quartet even appeared on a recent episode of Moore’s hit show, This Is Us. Despite knowing about the pilot episode’s infamous twist before most of America did, Goldsmith was still emotional when it was all said and done.

“It gave me chills the first time I saw it, even though [Moore] explained to me what the show is about,” he recalls. “Watching it unfold, it was so moving.”

Even someone who does not believe in an afterlife is capable of having a spiritual moment every once in a while.

Dawes is scheduled to perform Wednesday, January 11, at Crescent Ballroom.