7 Famous Actors Who Are Also Musicians 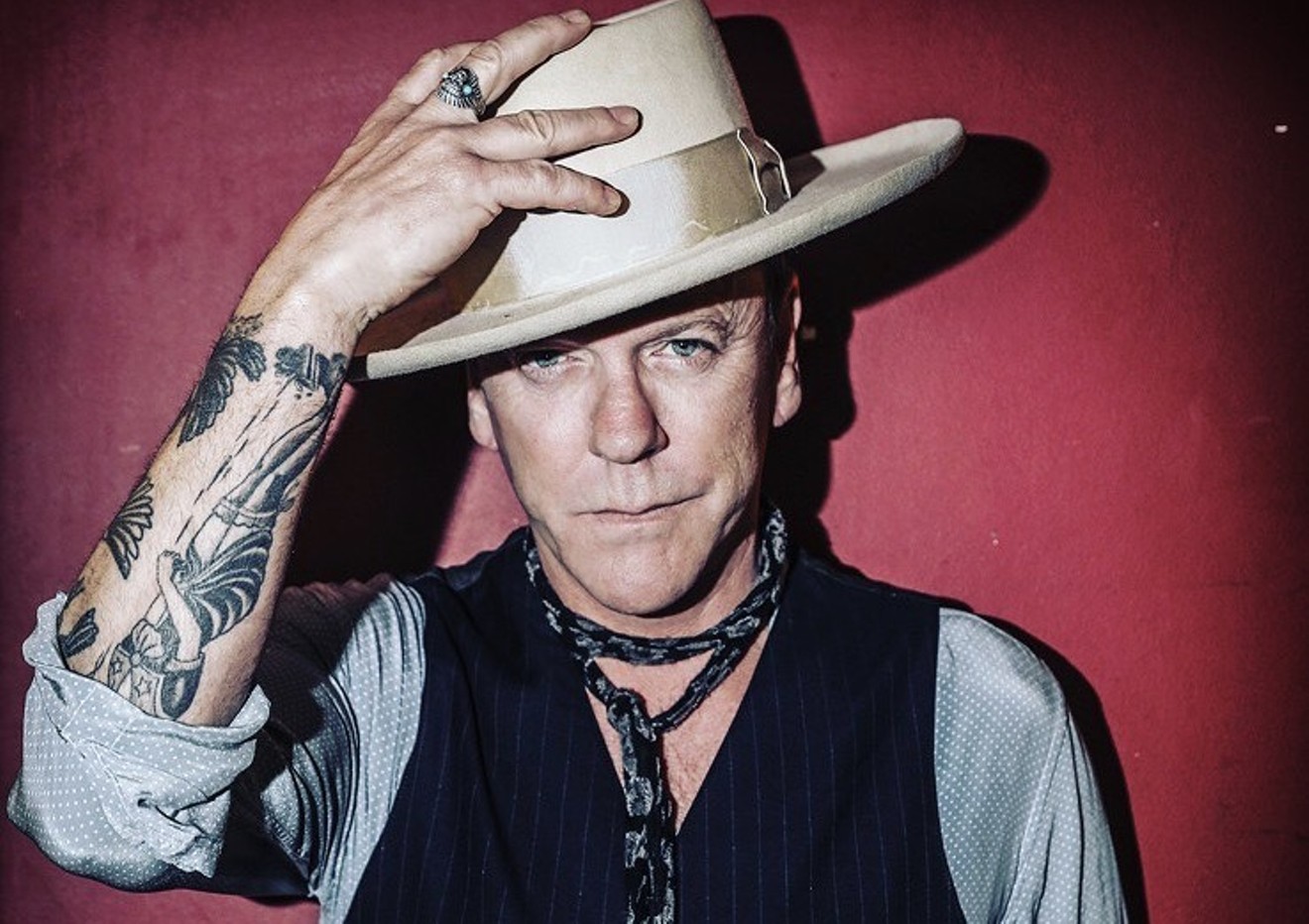 "Howdy, I'm Kiefer Sutherland." Moritz Kuenster/Monster Pics
It’s hard being the best in the biz. Though Hollywood’s elite actors are outstanding at what they do, oftentimes that perfection leads to boredom. Luckily, many of our favorites are infatuated with other hobbies and interests, notably music. And sometimes, they choose to pursue on the side — or indefinitely.

From Jared Leto to Taylor Momsen, here are seven actors who are stars of both stage and screen.

Gilbert Grape. Edward Scissorhands. Captain Jack Sparrow. Oasis guitarist? That’s right. Johnny Depp has gained the admiration of millions across the globe over the years through his resume of oddball characters, but the Hollywood heavyweight also has a penchant for playing guitar with some of the industry’s finest.

After appearing on Oasis’ 1997 tracks “Fade In-Out and “Fade Away,” he went on to compose music for Chocolat and Once Upon A Time In Mexico. He’s performed live alongside Marilyn Manson, established a group with rock icons Joe Perry and Alice Cooper called the Hollywood Vampires, and has played in an outfit called P alongside singer Gibby Haynes of the Butthole Surfers, Flea of Red Hot Chili Peppers, and guitarist Steve Jones of the Sex Pistols. When he’s not busy appearing in music videos for Tom Petty & The Heartbreakers or Paul McCartney, he’s filling in for Elvis Costello in the recording studio. Should Depp ever decided to relinquish his acting crown, at least we know it won’t be the last we’ll see of that brooding expression of his.

Despite our inability to see him as anyone other than Jordan Catalano from My So-Called-Life, Leto has grown up and made a pretty stellar acting career for himself, taking on roles such as Harry Goldfarb in Requiem For A Dream, Edward Norton's personal punching bag in Fight Club, and the upcoming adaptation of the Marvel comic Morbius. Reading all those scripts must become monotonous, because Leto and his brother, Shannon, have played together in the band 30 Seconds to Mars since 1998. Though the band didn’t find initial success with their debut album, Leto’s popularity eventually helped catapult the band to fame with 2005’s A Beautiful Lie. 30 Seconds’ songs have been featured in everything from movie trailers to Guitar Hero.


Gossip Girl’s favorite troublemaker is far from lonely these days. The Brooklyn native and a few of his pals got together to form the indie synth pop band MOTHXR (pronounced Mother). Badgley’s prior success definitely propelled the band along as they toured the the world soon after releasing their first single “Easy” and subsequent tracks via SoundCloud in 2014, eventually putting out their debut album, Centerfold, in 2016.

You know him best as Jack Bauer on Fox’s 24 and films like Stand By Me and The Lost Boys. But Canadian sensation Kiefer Sutherland is a multifaceted artist who knows his way around a guitar. After being introduced to country music in the ‘90s during his time spent as a competitive cowboy on the US Roping Team Championships circuit (yes, you read that correctly), his passion for playing guitar was renewed, and he began to write music.

Sutherland founded his own record label called Ironworks in 2002. He appeared at Crescent Ballroom last December in support of his album Reckless & Me.

We were first introduced to Donald Glover on 30 Rock and Community when the TV writer began making regular appearances. Needless to say, we’ve been smitten ever since. One of his passion projects was rapping. Under the name Childish Gambino, bestowed upon him through a Wu-Tang name generator, Glover self-released a bunch of mixtapes and albums beginning in 2008. It wasn’t until 2011 that he was signed to Glassnote Records, where he released his first studio album, Camp, followed by 2013’s Grammy-nominated record Because the Internet, and 2016’s Awaken, My Love! Glover released a full-length record under his own name on his website on March 15, 2020, only to be taken down hours later.

You know Golden Globe winner David Duchovny as playing FBI agent Fox Mulder on The X-Files and scandalous writer Hank Moody on Californication. But you might not be familiar with his playing music. Backed by Berklee-trained band Weather, Duchovny debuted his first album, Hell or Highwater in 2015. His influences on the record include The Flaming Lips, Leonard Cohen, and R.E.M.. While the album was well-received, critics noted that Duchovny’s sound was good, yet not original. His second album came out in 2018.

We’ve got another Gossip Girl alum over here. Fans with keen eyes probably noticed the gradual on-screen transformation and disappearance of Taylor Momsen’s character Jenny Humphrey. That’s because the actress and model had found a new passion: music. Though she technically began recording at age 5 on the How The Grinch Stole Christmas and School’s Out! Christmas soundtracks, Momsen began to shed her former good girl image in exchange for grungy, rock babe vibes when she joined her band, The Pretty Reckless in 2009. The band has produced three studio albums: 2010’s Light Me Up, 2014’s Going to Hell and 2016’s Who You Selling For, and toured alongside Nickelback, Evanescence, and Marilyn Manson.

Editor's note: This piece originally ran in 2017 and has been updated.
KEEP PHOENIX NEW TIMES FREE... Since we started Phoenix New Times, it has been defined as the free, independent voice of Phoenix, and we'd like to keep it that way. With local media under siege, it's more important than ever for us to rally support behind funding our local journalism. You can help by participating in our "I Support" program, allowing us to keep offering readers access to our incisive coverage of local news, food and culture with no paywalls.
Make a one-time donation today for as little as $1.