Lindsey Buckingham and Christine McVie Know Exactly What You Want 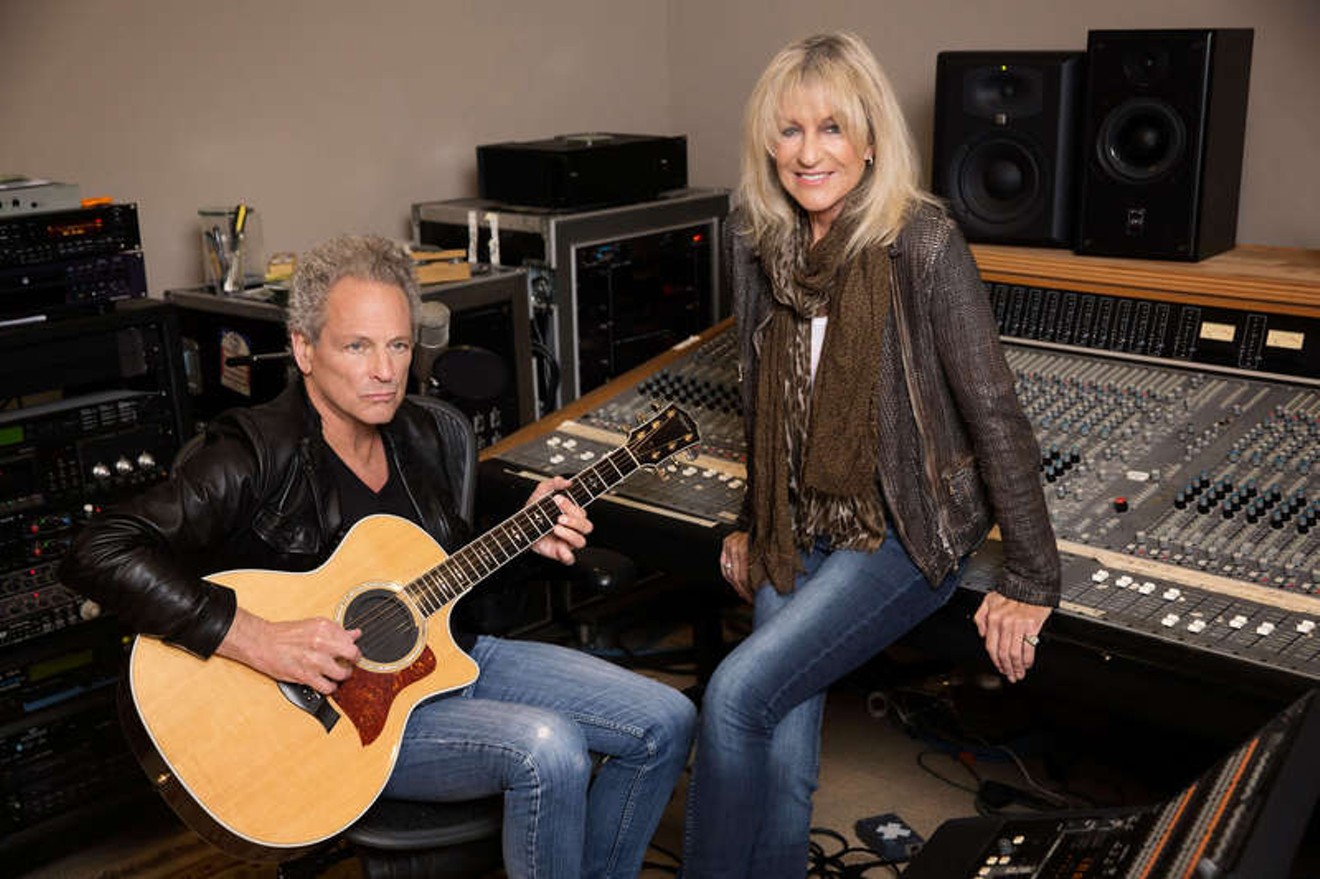 John Russo
You don’t have to strain to hear the influence of Fleetwood Mac in the popular music of 2017. Sister act Haim built the soft rock gems of its latest LP, Something to Tell You, utilizing songwriting tips on loan directly from Stevie Nicks, the West Coast pop figurehead who just so happens to show up on Lana Del Rey’s forthcoming album. From Miley Cyrus’ “Malibu” to the sophisticated pomp of Lorde and Harry Styles, the Mac’s golden-hued songs, filled with earnest lyricism and smoothed out, pillowy aesthetics, continue to hold sway over those looking to achieve pop rock transcendence.

But the album that comes closest to capturing the charm and emotional resonance of vintage Fleetwood Mac? That would be Lindsey Buckingham Christine McVie, released this year by, you know, two actual members of Fleetwood Mac.

It’s effectively a Fleetwood Mac album in all but name. Featuring contributions from Mick Fleetwood and John McVie alongside the namesake duo, the record is so redolent with references to classic Fleetwood moves you’d think it directly followed Tango in the Night. Nicks doesn’t appear, but close your eyes and you can imagine she’s there.

Originally titled Buckingham McVie — a cheeky reference to Buckingham Nicks, the 1973 record recorded by the then-romantically entwined couple before they joined Fleetwood Mac in 1975 — it works like sonic time travel.

Strip away some of the compression from Buckhingham’s vocals on opener “Sleeping Around the Corner,” and you’d have an excellent Rumors A-side. Once the harmonies of the chorus kick in, thick and evocative of a monsoon wind, it’s easy enough to disregard the clunky lyrics and get lost in the mood. On “Feel About You,” McVie steps up to the mic and delivers a stunner that echoes her funky Mirage-era material. “Lay Down for Free” feels like you could have plucked it from Tusk (indeed, the new album was recorded at Village Recorder, the same studio where Tusk was hatched); “Too Far Gone” finds McVie slipping into the bawdy spirit of her classic, “Sugar Daddy.”

It’s a mixed bag when artists give fans exactly what they want. On Weezer’s 2016 “white” album, the band often sounded like a tribute act to itself, citing specific highlights from its discography. Similarly, Metallica’s Hardwired … to Self-Destruct from last year found the Bay Area quartet mining its early thrash classics for modern inspiration. The results of a back-to-basics record usually sound pretty good, thrilling even, in both Weezer and Metallica’s cases, but it’s hard to shake the notion that artistic evolution necessitates not simply playing the hits, or updated, reconfigured versions of the hits.

Would a song rearranging the chords of “Can We Still Be Friends” be more fun to listen to than “Deaf Ears,” his collaboration with Trent Reznor? Probably, even if the latter is more authentically creative.

Listen closely to McVie and Buckingham’s latest, and you will hear modern touches that suggest the now more than the then: programmed drums, sonic wizardry affecting their voices. But what you’ll hear more than anything is the sound of two pros at ease with their craft. They take no overt risks, never try out a hip-hop guest spot or industrial soundscape, but they do accomplish something that feels right. When everyone seems to be trying to figure out how to do what you do, teaching the lesson is practically a public service.

Christine McVie and Lindsey Buckingham are scheduled to perform on Tuesday, July 25, at Comerica Theatre. Tickets are $49 and up through Livenation.