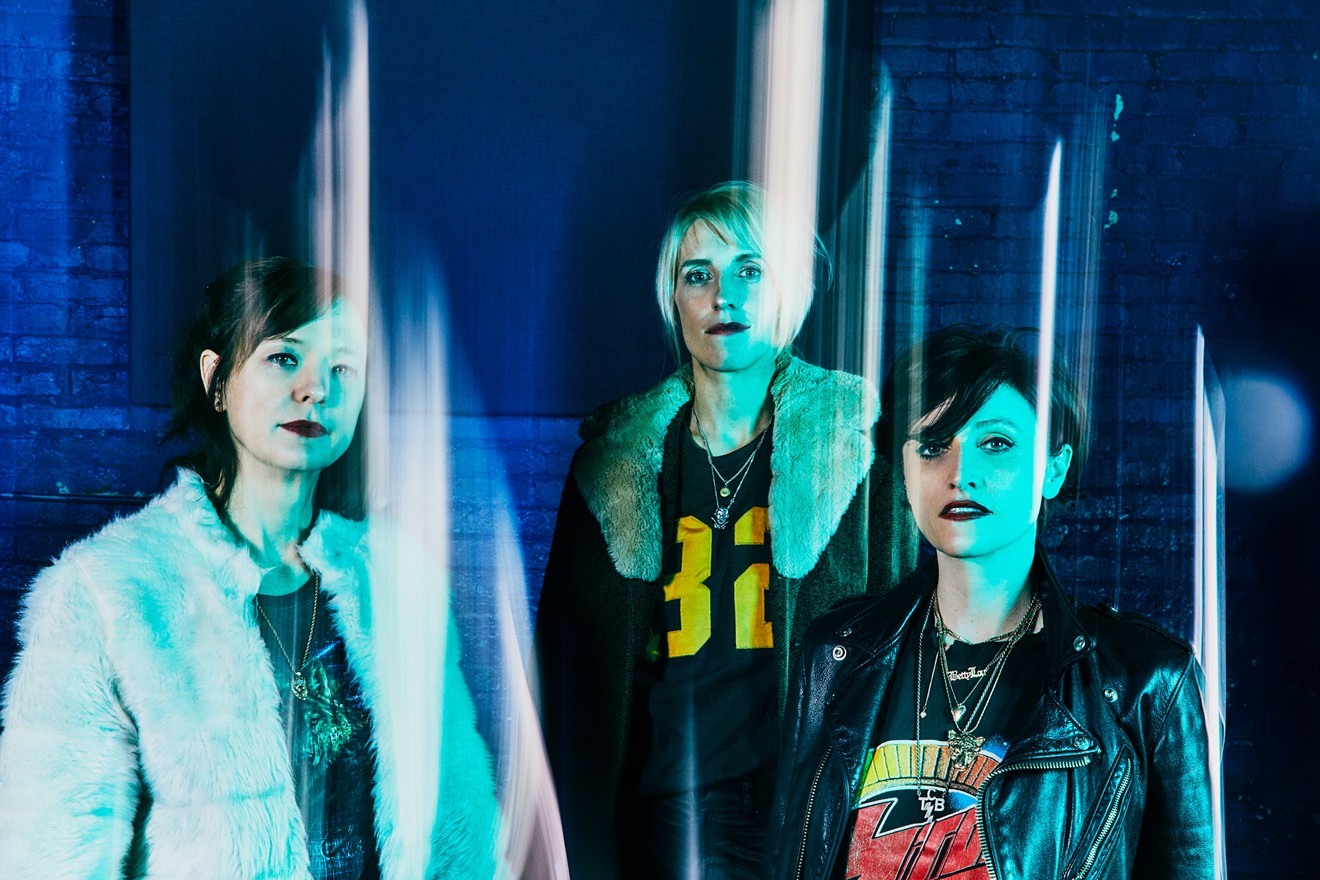 Ex Hex is scheduled to perform on Saturday, April 27, at The Rebel Lounge. Michael Lavine
Okay, we get it. There’s an Avengers movie coming out this weekend – and practically everyone will be checking it out. But once you’re done watching Captain America and company kicking Thanos’ ass for three hours (probably while avoiding the urge to pee), there will plenty of weekend left to spend.

So why not catch a concert, too? After all, plenty of worthwhile ones will be happening this weekend. Odd Future rapper Earl Sweatshirt will be in town, as well rock trio Ex Hex, synth-loving EDM producer Com Truise, and psych-rock act Blac Rabbit. There’s also Wet Electric at Big Surf, the Pop Punk Prom at The Nile, and a benefit for Ziggie’s Music Store.

Details about each of these gigs can be found below in our list of the best shows happening in the Valley this weekend. And for even more live music happening around town, hit up Phoenix New Times' online concert calendar. 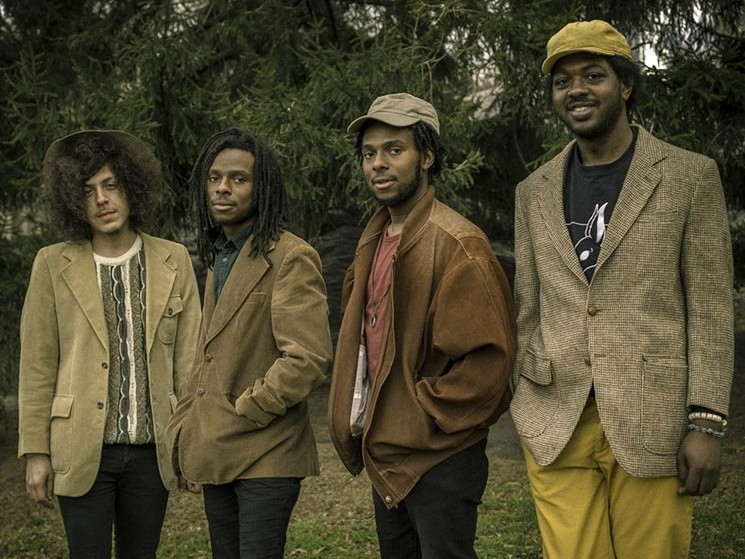 Psychedelic rock has steadily been making a resurgence around the country and the Queens, New York-based Blac Rabbit are the latest group to represent the genre from the East Coast. Formed by twin brothers Amiri and Rahiem Taylor, Blac Rabbit channel the funk, soul, and pop of the ’50s and ’60s into their psychedelic rock. From performing in the subways of New York to embarking on a full European tour, Blac Rabbit are now touring the United States as they gear up to release their debut album, Interstella. Their show on Friday at Last Exit Live kicks off at 8 p.m. Tickets are $12. Julian Hernandez 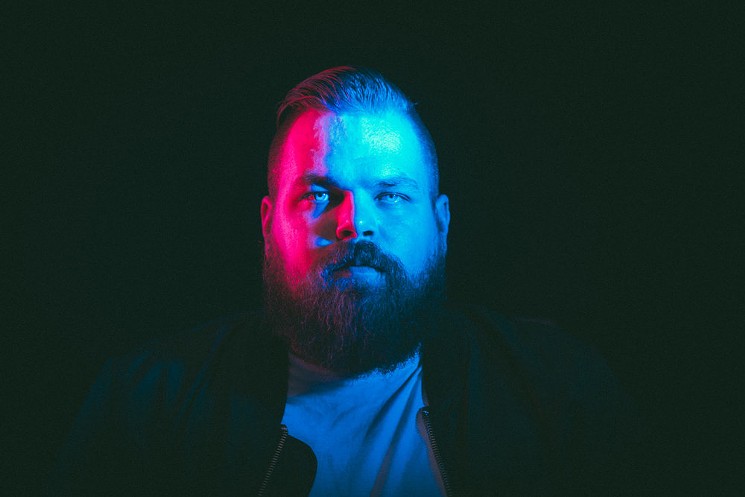 Seth Haley, known by his current persona Com Truise (you may also know him as Sarin Sunday, SYSTM, or Airliner), is an L.A.-based DJ and maker of all music electronic. His synth-heavy sound is a nod to the '80s. Along with his canon of remixes, he's released three full-length albums that were a trilogy of vaguely science-fiction-themed albums that began with 2011's Galactic Melt and ended with 2017’s Iteration. His fourth full-length release, Persuasion System, is scheduled to drop next month. He’ll be at Crescent Ballroom on Friday night along with openers Jack Grace and ginla. The show starts at 8 p.m. Admission is $20 in advance, $22 at the door. Diamond Rodrigue 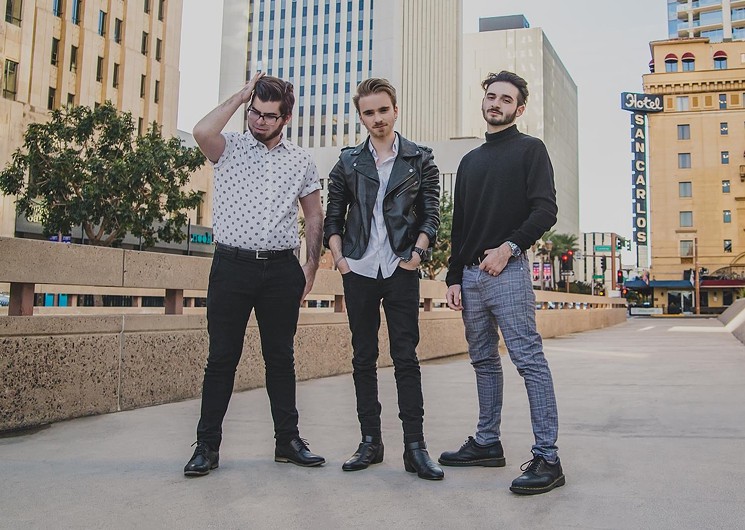 Pretty much everyone had to endure the awkward adolescent rite of passage known as the prom. Not everyone got to do it while being serenaded by rowdy and raucous pop-punk bands singing emo anthems filled with three-chord riffs.Local acts Divided Minds, Victory Tonight, Promise to Myself, Telltale, and Headspace will do just that during the Pop Punk Prom on Friday night at the Nile Theater in Mesa. The event will feature sets by all five, as well as a DJ, photo booth, and plenty of dancing, awkward or otherwise. The event starts at 6:30 p.m. Tickets are $10. Benjamin Leatherman 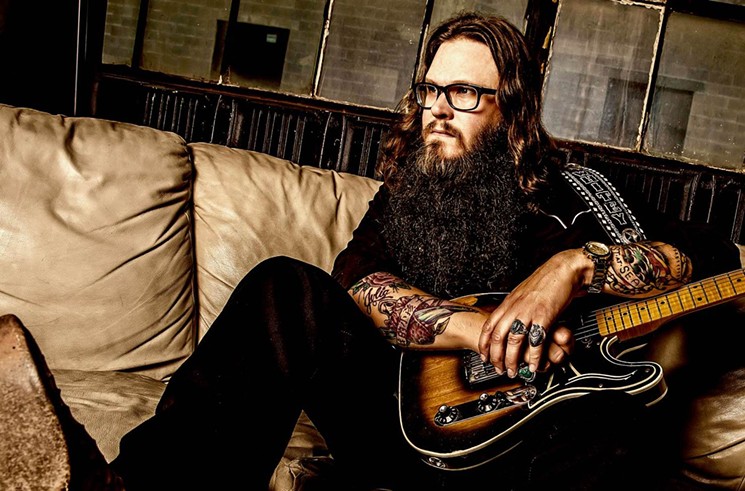 If Waylon Jennings didn't exist, then Whitey Morgan wouldn't either. The same could be said for Johnny Paycheck and Johnny Cash, not to mention Buicks, twin fiddles, and class struggle. The mold should have been broken with the passing of honky-tonk's golden age, but, somehow, against all the corn pone that still fuels much of the revivalist scene, Morgan is absolutely in that mold. With a rich baritone that stands up to Dale Watson and a hard-as-forged-steel band that stands up to pure shuffles and trucker stomps, Morgan is a heavyweight, hard-country hitter. His Friday night gig at The Van Buren starts at 8 p.m. Tickets are $25 to $85. Tom Murphy

The Washington, D.C., trio Ex Hex brings together classic rock ’n’ roll and garage rock on stage with style to match the punk pioneers of the ’70s. On Ex Hex’s 2019 album It’s Real, snappy drums and punchy power chords open “Tough Enough,” which is as close to a classic hard-rock ballad as one can find today. With plenty of guitar solos by famed post-punk guitarist Mary Timony, Ex Hex gives hard-rock fans plenty to headbang to. Joining Ex Hex is the Los Angeles post-punk quartet FEELS and Tucson-based post-punk group Lenguas Largas. Doors are at 7 p.m. Tickets are $16 in advance, $18 at the show. Julian Hernandez Fun in the sun at Wet Electric.
Benjamin Leatherman

Fast fact: Back in the late ’70s, legendary local water park Big Surf hosted a weekend disco dance party aimed at teenagers called The Rock Hop. True story (according to Wikipedia, at least). Four decades later, the younger crowd is still flocking to the Tempe attraction to get their groove on, albeit during the annual Wet Electric.

Part electronic dance music festival and part massive pool party, the daylong affair brings a rowdy crowd of thousands of swimsuit-clad EDM fans out to Big Surf during the last Saturday in April to ride the waterslides and enjoy some fun in the sun. Meanwhile, high-profile DJs and producers drop beats on two different stages around the park, including one in the middle of Big Surf’s ginormous 2.5-million-gallon wave pool. 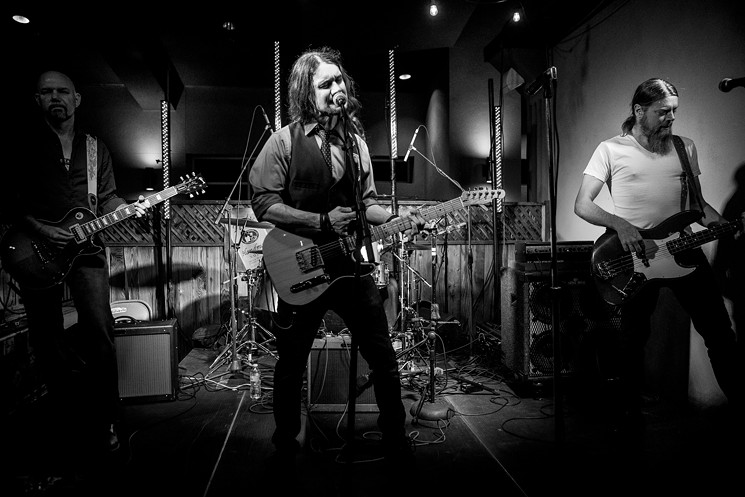 Have you ever wanted an overview of what the Valley’s music scene has to offer? Each month until June, Danny Zelisko Presents will be putting on the Humdinger Festival at the Mesa Amphitheater. The lineup is entirely made up of local talent, and April’s edition on Saturday is pretty stacked. Headlining is the blues-rock outfit Japhy’s Descent and the energetic nerd-core duo Smailmate. Other performers include The Bellwethers, The Edisons, Break The Robot, Luau, Ali A & The Agency, and Terra Fractal. The concert begins at 2 p.m. Tickets are $12 with children under 12 free with a paid adult. Jason Keil Say your farewells to The Rogue Bar.
William Westfall

The Last Saturday at The Rogue Bar

The story of The Rogue Bar in Scottsdale has been a long and rowdy one. Since 2001, the scrappy, dive-y, and colorful south Scottsdale bar music venue has been filled with rock ’n’ roll and functioned as a wayward home for local bands and the fans who love ’em. Sadly, however, that tale is ultimately coming to an end.

At month’s end, Rogue Bar owner Manny Tripodis will close the doors of his joint after close to two decades, but not before one final weekend of shows. On Saturday, April 27, a slew of local indie bands and musicians will raise a toast to the venue and send it out with a bang during the Last Saturday at the Rogue Bar. The night will feature sets by such acts and artists as The Bittersweet Way, Gladhammer, Citrus Clouds, Jackson Dife, The Psychedelephants, and Anthony Fama. Doors open at 6 p.m. and admission is $10. Benjamin Leatherman

Earl Sweatshirt
Courtesy of We Care a Lot PR

After a few tumultuous years trying to find his own footing since distancing himself from the hip hop collective Odd Future, Earl Sweatshirt is entering the prime of his career. With his 2018 album Some Rap Songs, the rapper, also known by his birth name Thebe Kgositsile, delivers his most personal work yet that explores his most troubling and triumphant moments. Kgositsile has overcome the health issues that have plagued prior tours, so concertgoers can expect a fully charged performance. Kgositsile visits Club Red in Mesa with fellow rappers Bbymutha, Na-Kel Smith, and Black Noi$e. Julian Hernandez

Ziggie's Music is an iconic store in Phoenix, but some family members want the owner to sell.
Robrt L. Pela

In case you haven’t heard the news, the owners of iconic local music Ziggie's have been involved in a legal dust-up with their relatives over the future of its central Phoenix location (check out this article for full details). It's been an expensive battle, to say the least, and they’re in need of some funds to keep up their fight. Hence this weekend’s benefit at the Rhythm Room, which will feature performances by a number of local bands, many of whom are longtime fans and patrons of Ziggie’s.

The lineup will include such blues and Americana acts as Mario Moreno and the Black & Tans, The Rocket 88s, Johnny Rapp, Smokestack Lightning, Flathead, and Hans Olson. John Dixon (a.k.a. DJ Johnny D.) will also spin selections from his vast vinyl collection. The benefit starts at 1:30 p.m. and tickets are $10. Benjamin Leatherman
KEEP PHOENIX NEW TIMES FREE... Since we started Phoenix New Times, it has been defined as the free, independent voice of Phoenix, and we'd like to keep it that way. With local media under siege, it's more important than ever for us to rally support behind funding our local journalism. You can help by participating in our "I Support" program, allowing us to keep offering readers access to our incisive coverage of local news, food and culture with no paywalls.
Make a one-time donation today for as little as $1.
Phoenix New Times Music Writers