The Biggest Super Bowl 2023 Parties and Concerts in Metro Phoenix Super Bowl week in the Valley is going to be stacked with activities. Benjamin Leatherman
The showdown between the AFC and NFC champs at State Farm Stadium in Glendale won’t be the only action happening in metro Phoenix during Super Bowl week. A host of parties, concerts, fan experiences, and nightlife events are scheduled to go off in cities across the Valley from Saturday, February 4, through Sunday, February 12 (including a few happening during the big game itself).

Many will be attended by celebrities or feature big-name bands and DJs. Others are geared toward football fans and families. Some boast ticket prices into the thousands of dollars.

What follows is a rundown of every party and concert happening in the Valley during Super Bowl week: day or night, big or small, sports-related or otherwise. Let the games begin.

Wednesday, February 8
Mesa Arts Center, 1 East Main Street, Mesa
While you probably don’t have a prayer of affording tickets to the biggest and glitziest parties, this annual concert (formerly known as the Super Bowl Gospel Celebration) might be a more cost-effective way of celebrating the big game. Award-winning artists and musicians will perform inspirational music onstage inside Mesa Arts Center’s Ikeda Theater. The concert is at 7:30 p.m. Tickets are $53 to $203.

Wednesday, February 8
W Scottsdale Hotel, 7277 East Camelback Road
The high-style W Scottsdale will host some of the hottest nightlife events and concert of Super Bowl weekend, starting with this fashion event and party featuring rapper Rick Ross. Curated lifestyle pop-up shops and a fashion show with celebrity athletes from the NFL, National Hockey League, and Major League Baseball walking the runway will be the highlight of the event, which starts at 8 p.m. General admission tickets are $150 per person.

Thursday, February 9
Cake Nightclub, 4405 North Saddlebag Trail, Scottsdale
The more things change, as the saying goes, the more they stay the same. Case in point: When the Super Bowl last rolled through the Valley in 2015, EDM prankster Dillon Francis was lighting up Scottsdale clubs with bass-heavy bangers. The DJ/producer will do so again when he kicks off Super Bowl weekend with a major rager at Cake starting at 9 p.m. Call or text 480-708-3507 for cover info or VIP/table packages. 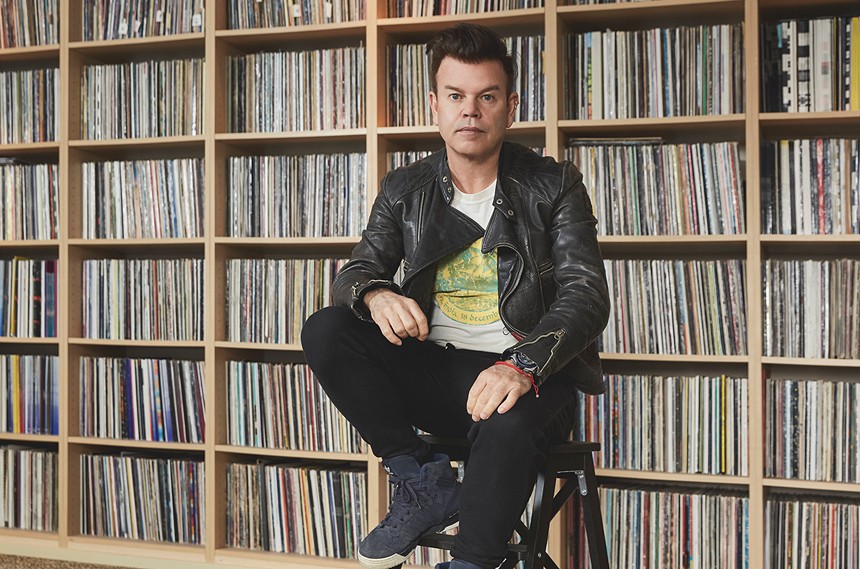 Thursday, February 9
Wasted Grain, 7295 East Stetson Drive, Scottsdale
NFL legends and Hall of Famers Terrell Davis (Denver Broncos), Jeff Garcia (San Francisco 49ers), and Nick Lowery (Kansas City Chiefs) are set to co-host this affair, which will also be attended by social media influencers, celebrities, and other pro athletes. DJ legend Paul Oakenfold will be in the mix all evening. Doors are at 7 p.m. Tickets are available on Eventbrite and are $70 for general admission and $300 to $9,999 for VIP and table service.

Thursday, February 9
Salt Tacos y Tequila, 6751 North Sunset Boulevard, Glendale
Whether or not DJ Pauly D qualifies as a full-fledged star is debatable, but his exploits on the MTV reality show Jersey Shore (not to mention his gravity-defying hair) definitely infamous. He also DJs, too, and will do so at Westgate’s Salt Tacos y Tequila during the roll-up to the Super Bowl. Pauly D will man the mixers beginning at 9 p.m. Tickets are $65.

Thursday, February 9
W Scottsdale Hotel, 7277 East Camelback Road
The W’s Super Weekend festivities continue with a performance by Bay Area rapper G-Eazy — best known for such hit singles as "Me, Myself & I," "Lotta That," and "I Mean It” — in the Cottontail Lounge. General admission tickets for the 9 p.m. event are $150.

Thursday, February 9
Gila River Resorts & Casinos: Wild Horse Pass, 5040 Wild Horse Pass Boulevard
WWE Hall of Famers, Valley natives, and twin sisters Nikki and Brie Bella will hold a free meet-and-greet for 100 fans at 5:30 p.m. Folks who purchase one of 20 VIP passes available for $1,000 (contact [email protected] for details) will get also a photo-op with the Bellas and a dinner with the sisters at Prime, A Shula's Steak House.

Alt-rock radio favorites Imagine Dragons are one of the headliners of the 2023 Super Bowl Music Fest.
Eliot Lee Hazel

Thursday, February 9, to Saturday, February 11
Footprint Center, 201 East Jefferson Street
Three nights of big concerts are scheduled to bring tens of thousands to Footprint Center. The series kicks off on February 9 with the one-two punch of rock bands Paramore and Bleachers, followed by Dave Matthews Band and DJ Pee .Wee (a.k.a. Anderson .Paak) on Friday, February 10. Chart-topping pop-rockers Imagine Dragons and country musician Kane Brown will wrap things up on Saturday, February 11. Concerts start at 7 p.m. each night and tickets are available on the secondary market. Check out the Super Bowl Music Fest site for more details.

Thursday, February 9, to Saturday, February 11
Fear Farm, 6801 North 99th Avenue, Glendale
Hip-hop heavyweights will headline each night of this big-ticket event happening on the grounds of Fear Farm, which is located near State Farm Stadium in Glendale and is currently in its off-season. An outdoor nightclub equipped with a sprawling dance floor, a 200-foot-long bar, VIP skyboxes, and other amenities will be set up on the property. Artists scheduled to perform include Rick Ross on Thursday, February 9; Flo Rida on Friday, February 10; and Tyga on Saturday, February 11. Gates open at 5 p.m. and after-parties with DJs will take place every evening.  Single-night tickets are $95 for general admission and $245 for VIP access. Three-night tickets are $250 for GA and VIP options start at $1,485. All the details are at the Big Game Fiesta site.

Tickets to Cardi B's show at the W Scottsdale will run you $400 or more.
Flo Ngala

Friday, February 10
W Scottsdale Hotel, 7277 East Camelback Road
One of the most high-profile shows (and hottest tickets) during Super Bowl weekend in the Valley will be this performance by record-breaking female rapper Cardi B at the W Scottsdale. General admission tickets are $400 (plus fees and taxes) for the privilege of seeing the Grammy-winning artist do her thing. VIP/table service packages are also available by calling 602-405-0099 or emailing [email protected], but it will cost you even more. Friday Beers, a comedy platform and lifestyle brand, will host the show, which gets going at 9 p.m.

Friday, February 10
Tempe Beach Park, 80 West Rio Salado Parkway
Highlights of this 21-and-over outdoor celebration include a performance by The Killers, appearances by VIPs and sports all-stars, and “Superstar Showdowns” between celebrities and NFL legends in various sports-related battles. Naturally, since the event's being put on a sports betting site, you can also wager on who will win the showdowns. Gates are at 6 p.m. and the event starts at 8 p.m. Free tickets are available on the FanDuel website.

Friday, February 10
The Clayton House, 3719 North 75th Street, Scottsdale
You don’t need to be friends with Rolling Stone co-founder Jann Wenner to get into the magazine’s exclusive Super Bowl weekend bash. Tickets are $1,000 to get into the 21-and-over party and include beer, booze, and food. Expect to see celebrities, influencers, athletes, and other VIPs and glitterati. Travis Scott, Robin Thicke, and DJ Irie are scheduled to perform. Doors are at 9 p.m.

The Doggfather is set to perform at Shaq’s Fun House.
Jim Louvau

Saturday, February 11
W Scottsdale Hotel, 7277 East Camelback Road
The W’s Super Weekend wraps up with Playboy’s annual party, which begins at 9 p.m. and will include a performance and appearance by rapper/actor Ludacris. Tickets are $200 per person.

TAO x Maxim Big Game Party: Catch Me If You Can

Saturday, February 11
Scottsdale Jet Center, 14988 North 78th Way, Scottsdale
Want to party like a jet-setter? This ultra-posh affair inspired by “1960s mod glamour and sophistication” will involve spending an evening in a retro-styled airport terminal, complete with a check-in desk and ground crew to direct you to tables. EDM superstars Zedd, Loud Luxury, Plastik Funk, and DJ unKommon will provide the soundtrack. You’ll have to be a big spender to attend, though. General admission is $575 and includes free food and an open bar; VIP tickets are $2,250 and feature express entry, a shared table in an exclusive lounge, bottle service, and private security; and platinum packages are $20,000 (!!) for 12 people up to $85,000 (!!!) for 20 people and seating at an onstage table. Tickets and details can be found here.

Friday, February 10, and Saturday, February 11
Westgate Entertainment District, 6770 North Sunrise Boulevard, Glendale
Westgate’s WaterDance Plaza will host this two-night outdoor music festival put on by the BetMGM sports-betting app and website. Masked EDM superstar Marshmello will perform on Friday, February 10, with an opening set by bass house DJ/producer NGHTMRE. General admission is $69 and VIP tickets are $199. Country music hitmakers Tim McGraw and Bailey Zimmerman will follow on Saturday, February 11. GA is $129 and VIP tickets is $350. On both evenings, attendees will have access to adjacent bars and restaurants and an open-air beer garden near the stage. The music starts at 6 p.m. Free parking will be available at Westgate on a first-come basis during the event with reserved parking available for $50. Click here for more details.

Sunday, February 12
Walter Studios, 747 West Roosevelt Street
The only way to get into this locally focused party on Super Bowl Sunday is to register online for a shot at winning four spots on the guest list for yourself and three friends. Everything will be created by locals, ranging from drinks slung by Valley mixologists to art displays by local muralists like Tony Plak and Tato Caraveo. A surprise DJ from Arizona will also be in the mix. The party starts at 3 p.m.
KEEP PHOENIX NEW TIMES FREE... Since we started Phoenix New Times, it has been defined as the free, independent voice of Phoenix, and we'd like to keep it that way. With local media under siege, it's more important than ever for us to rally support behind funding our local journalism. You can help by participating in our "I Support" program, allowing us to keep offering readers access to our incisive coverage of local news, food and culture with no paywalls.
Make a one-time donation today for as little as $1.