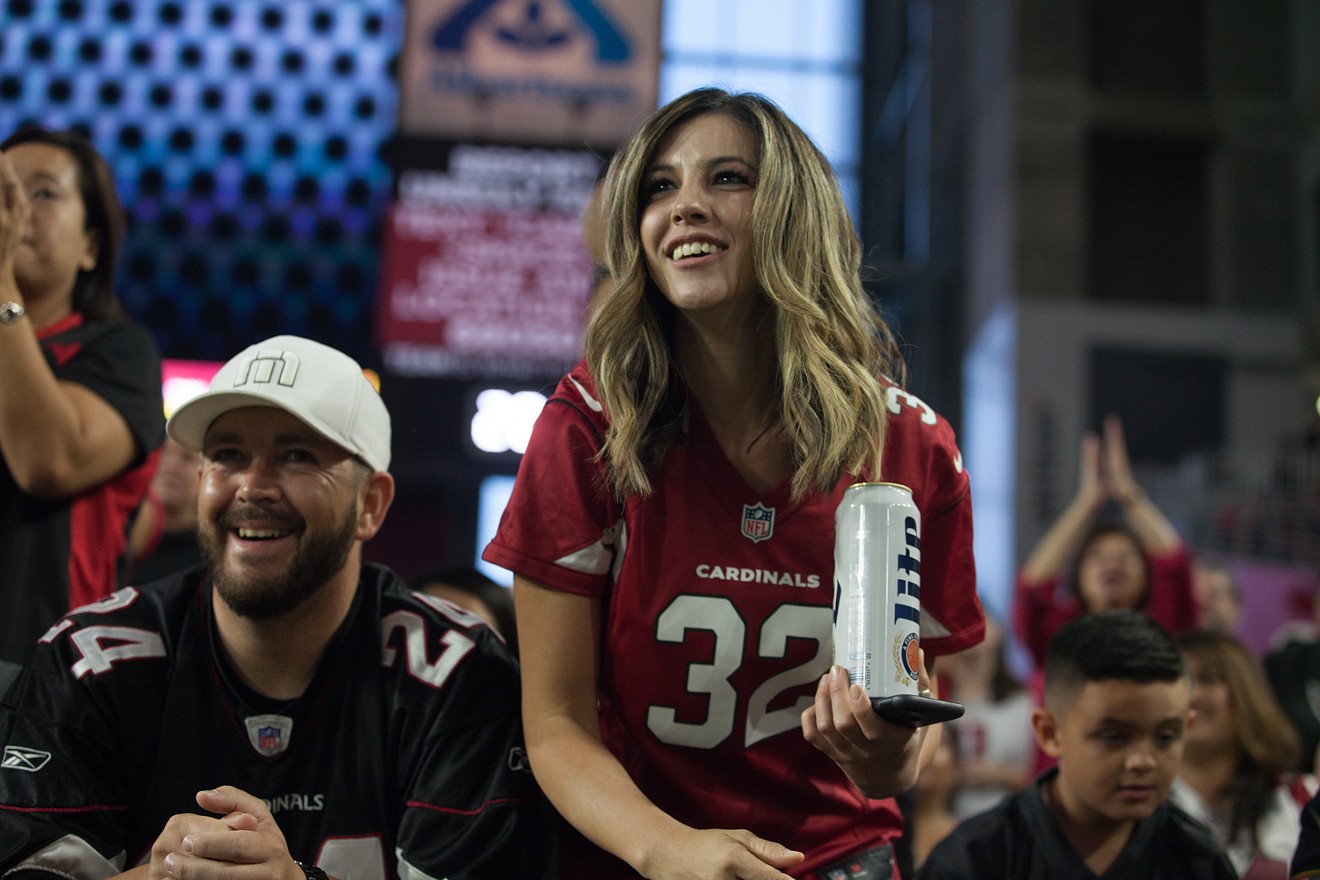 Cardinals fans can drink, but can they curse? Jim Louvau

Perhaps as the 50th anniversary of Woodstock approaches, we need to bring back Country Joe and the Fish to give Arizona football fans a few lessons in swearing.

According to a survey done by casino.org of Reddit posts from National Football League fans, the Cardinals followers curse the least online.  In fact, it's not even close.

Could that be why the team also had the worst record in the league last year ... their fans just don't give a damn?

In fact, though, "damn" was the most frequent expletive used by Cardinals supporters, who averaged only 2.9 swear words per 10 subscribers of each team's subreddit, according to the survey.

That's only about half the number used by fans of our division rivals and Super Bowl runners-up, the Los Angeles Rams, and almost two curse words fewer than even the refined folks who follow the champion New England Patriots.  And our total isn't even close the league-leading foul-mouth followers of the Jacksonville Jaguars, Tennessee Titans and Cleveland Browns.  You can excuse the Browns fans, perhaps, because they lost 31 of 32 games in the 2016 and 2016 seasons and it's fucking cold where the play.

Anyway, we know all this because the brave folks at casino.org  scanned more than a half-million reddit comments for the words "fuck," "shit," "damn," "hell," "dick," "bitch," "crap," "asshole," "douche," and "bastard."

"Fuck" was by far the most commonly used profanity, found in almost 45 percent of the posts.  Of course, "shit" was No. 2 at 31.8 percent. You can't make this stuff up.

So by now you young folks are probably wondering what all this has to do with Country Joe,.

Well, at Woodstock in 1969, he famously led this chant:

Hell, yeah!
KEEP PHOENIX NEW TIMES FREE... Since we started Phoenix New Times, it has been defined as the free, independent voice of Phoenix, and we'd like to keep it that way. With local media under siege, it's more important than ever for us to rally support behind funding our local journalism. You can help by participating in our "I Support" program, allowing us to keep offering readers access to our incisive coverage of local news, food and culture with no paywalls.
Make a one-time donation today for as little as $1.