Brad / Flickr
One of the best parts about living in Arizona is being surrounded by nature. No matter where you live, you don't have to drive far to get to the mountains or the desert.

That proximity to nature comes with certain downsides, however, namely lots of uncomfortable animal encounters. It's hard to find a longtime Arizonan who doesn't have a story involving a rattlesnake that they found in their backyard or a scorpion that wandered into their house.

1. A bobcat wandered into a bar in Cottonwood and attacked two people.
You know you live in rural Arizona when your "chill night out" ends with a trip to the hospital to get treated for rabies.

2. A man from Louisiana went for a hike and ended up getting killed by a swarm of bees.
Tragically, he was only 23 years old. It's hard to imagine a worse way to go out.


3. A guy was stung by a scorpion while waiting to go through security at Sky Harbor Airport.
Serious question: How does this state still have a tourism industry? Like, why does anyone come here? 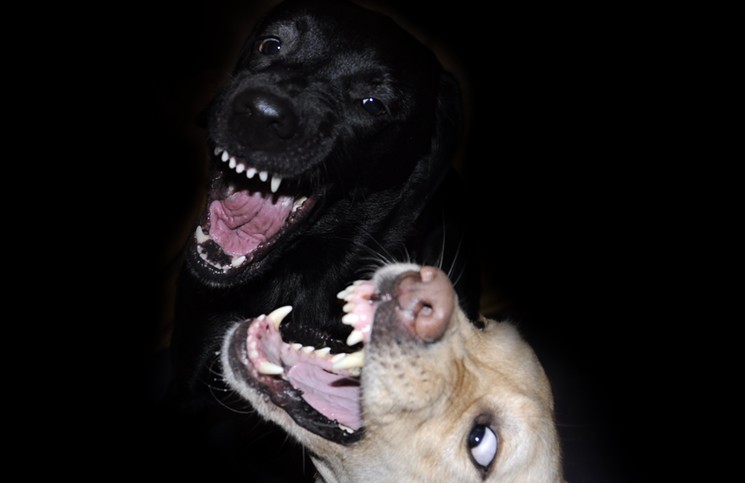 Smerikal via Flickr
4. Swedish exchange students were mauled by their host family's dog.
As this story proves, it's not just wildlife that can be terrifying: People keep some pretty vicious household pets around here. Brad / Flickr
5. A Gilbert woman was attacked by a bear while walking her dog.
Sadly, she died of a brain hemorrhage shortly after.