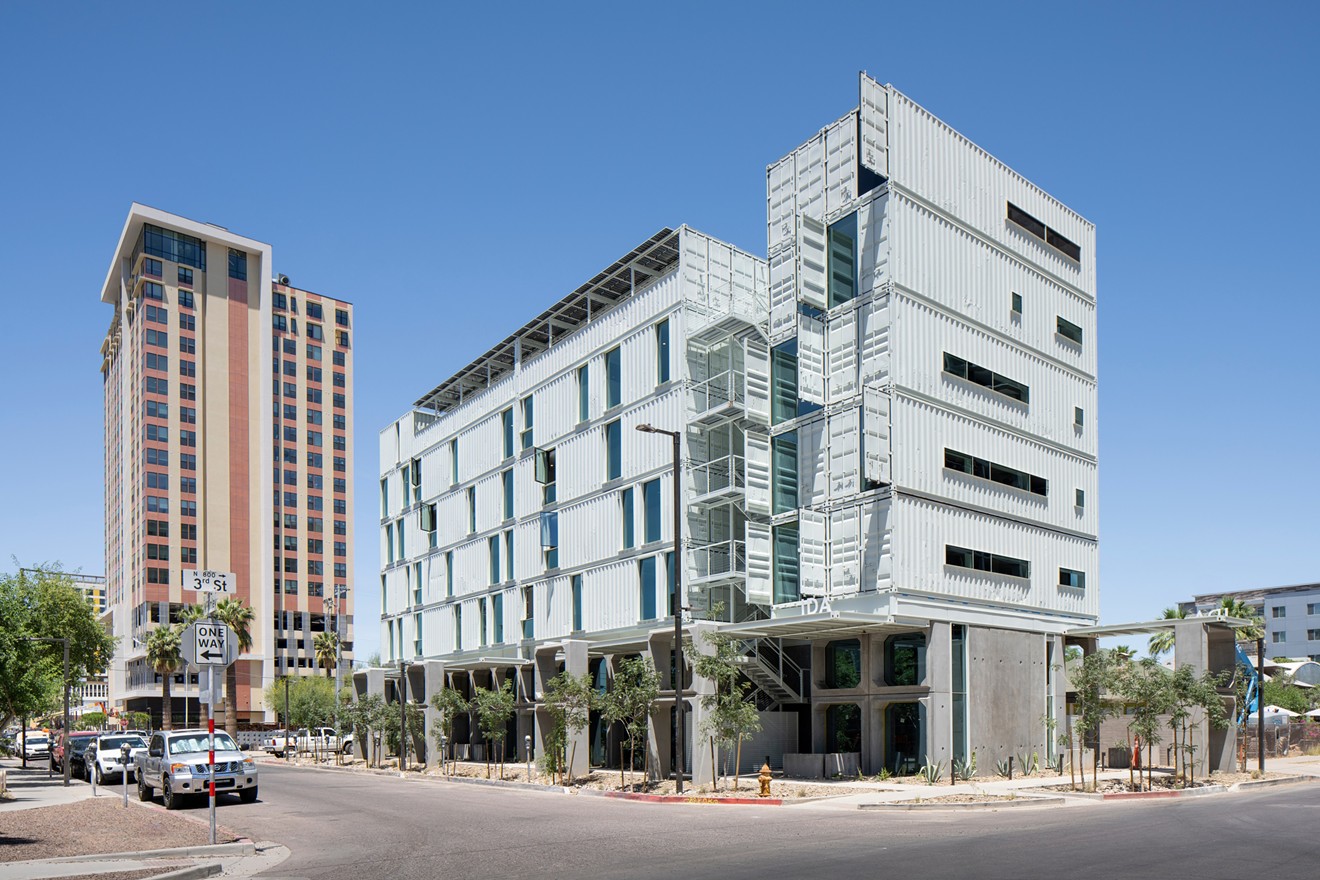 If you’ve had a chance to drive by the northwest corner of Third and McKinley Streets recently, you might have noticed what is now the tallest development built from shipping containers in North America. William LeGoullon

Oscar the Grouch isn’t the only one who loves living in a metal bin. Some Phoenix residents also have a taste for living in metal bins stacked on top of each other.


Eighteen Phoenix families are poised to move next week into IDA on McKinley, the tallest tower in North America made entirely out of shipping containers, according to developers.


The six-story, mixed-use new construction at McKinley and Third streets is a small step toward solving both the housing shortage and climate change crisis in Phoenix, according to the city.


Downtown Phoenix-based Local Studio, the self-styled preeminent shipping container project developer in America, embraced jokes about “dumpster projects,” and gave the Sesame Street star a nod in one of its germinal developments, theOSCAR at Portland and Second streets.


It all started with Containers on Grand, an eight-unit residential undertaking delivered in 2015 in the city’s Triangle neighborhood.


Now the enterprising firm is scheduled to debut a first-of-its-kind development in the Roosevelt neighborhood next week.


The Ida on McKinley project broke ground in January 2021 on a tumbledown former parking lot with only enough room for 22 cars. Architects repurposed that asphalt lot as the bedrock for the multi-family housing venture.


Local Studio is “changing hearts and minds one block at a time,” says Santin.


For the past 16 months, lofty cranes have dangled over the miniature parcel next to Cobra Arcade Bar, dropping cargo containers into place like Tetris blocks.


“We’re using every square inch of it,” Santin said. 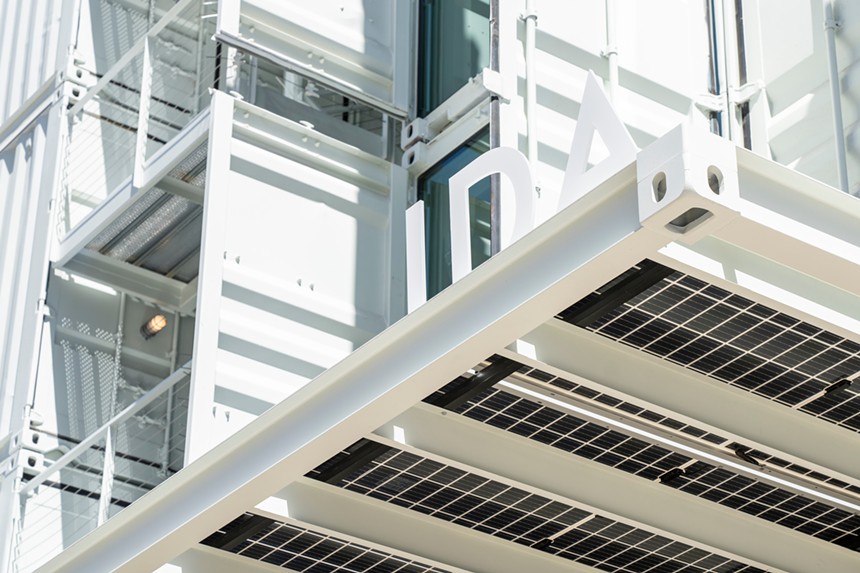 Tenants have claimed each of the building’s 18 units pre-ribbon cutting, with more waiting in line to get in. The 2,400-square-foot ground floor can accommodate two businesses.

One- and two-bedroom units are each between 650 and 900 square feet and are for rent only. A one-bedroom unit will rent for $1,685 a month and a two-bedroom space for $1,950. Developers are mulling mortgaging out units to residents in the future.


“It’s amazing to see how much would have gone into a landfill,” Santin said. “Imagine how much waste a high-rise project generates.”


Local Studio endeavors to curb this number with its Phoenix developments.

"We're changing hearts and minds one block at a time." — Kathleen Santin

“Phoenix faces extreme climate challenges and will be hit harder and sooner than other cities in the United States,” Local Studio founder and head architect Brian Stark told New Times. “Phoenix is also a heavy development city with very few developers taking actions to change the way development is being done.”


Shipping container structures are nothing new in Phoenix.

In 2018, the Churchill, a 9,000-square-foot artisanal tiny mall, opened in the Roosevelt district. It also was developed by Local Studio.


In March, New Times reported that Mesa-based homebuilder Luke Crosthwaite was building 26 shipping container homes on a sandy plot in South Phoenix. The undertaking was, in part, a response to Arizona residents looking for alternatives to a crushing housing market for both home purchases and rentals alike. The HGTV show Container Homes first popularized these “tiny homes” in 2016.


But IDA on McKinley is different, not only because of its lofty height.


“We decided to take a leap that nobody takes in downtown Phoenix,” Santin said. A unique solar overhang spans the length of the six-story building and cloaks the sidewalk below in shade.
William LeGoullon


The sustainability focused developer is enveloping the rooftop party deck with solar panels that will reduce the utility bill for the people in the building.


On that note, if you’re moving into IDA on McKinley, leave your car behind. There is no parking at 250 East McKinley Street.


The project followed in the footsteps of others like Culdesac Tempe, the first car-free neighborhood built from scratch in the area nestled in the heart of the East Valley.


Like Culdesac, IDA is positioned with easy access to the 28-mile Valley Metro Rail that connects Phoenix, Tempe, and Mesa.


Residents will bike or walk to work and take the train, or hitch a lift with a ride-share or taxi service, to access the rest of greater Phoenix. In a city with three parking spaces for every resident, “It’s unconscionable that more people don’t believe in public transportation,” Santin said.


It’s a new trail blazed unexpectedly out of what’s been dubbed by The New York Times as “the most auto-addicted city in America.”


“This is going to end up being a model for all future developments all over the country,” said Nicole Pasteur, a spokesperson for Local Studio. “We’re proving it's replicable.”


In planning and development documents filed this month, the city called the fledgling development “environmentally friendly” and “the first of its kind to open in Phoenix.”


Local Studio hopes builders across the country will follow suit.


“We try to lead by example,” Santin said. “We’re not shouting or marching. We’re demonstrating.”