He Sold Homemade Skateboards In a Phoenix Dorm. Now He Sells the Most Popular E-Bike in North America 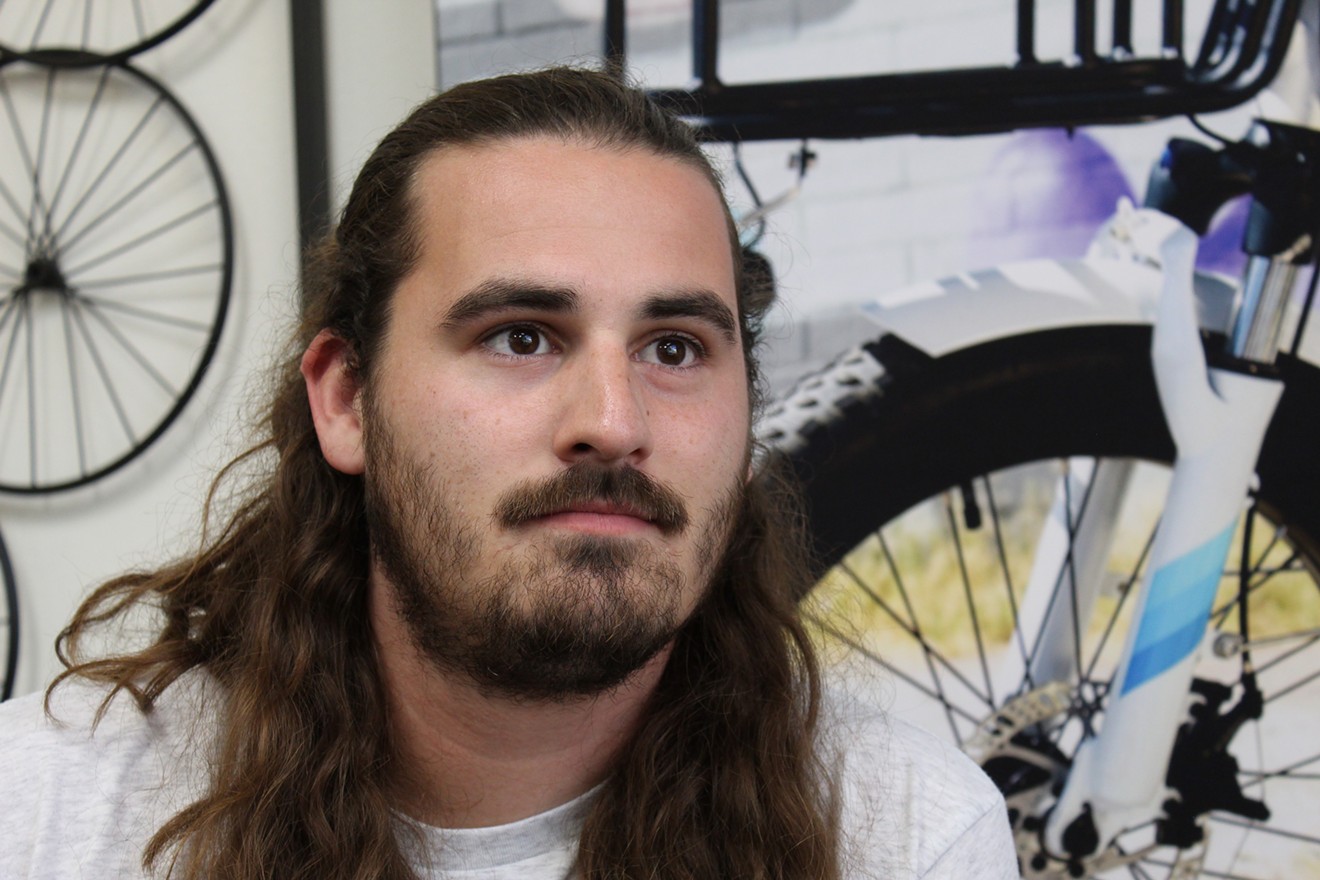 After his first electric bicycle bombed at the Maricopa County Home & Garden Show in 2018, he didn’t expect it would be the top-selling e-bike in all of North America just four years later.

It is now, he claims.

Boy, has this been his year.

On a recent visit to the expansive, modern office and showroom of Lectric eBikes in Deer Valley, the 26-year-old CEO wore a T-shirt and pulled his long, dark hair into a bun as he laughed and recounted his early failures. “This is ultimate start-up vibes,” he told Phoenix New Times.

The fledgling entrepreneur set up shop in the former medical equipment warehouse on Utopia Road near 23rd Avenue in June 2021. The company also has a distribution center in South Phoenix.

Just outside his office, an army of 20-somethings clad in designer beanies, Phoenix Suns jerseys, Cuban chains, and snapback hats clacked away on sleek new computers. Others collaborated during meetings over table tennis and conferences in the video game room. A monolithic mural illuminated one interior wall, displaying the message, “It's a great day to have a great day.”

Conlow's Phoenix-based company is the fastest-growing e-bike provider in the country, it claims. Despite only being around for three years, Lectric predicts it will sell more than 170,000 e-bikes this year alone.

“I’m so obsessed with trying to get as many bikes out there as possible,” Conlow said. “I want this to be a tool to change the way people move, and it has the potential to do that.” In recent years, Phoenix has emerged as a hub for electric vehicles. Tesla, Lucid, Polestar, Rivian, ElectraMeccanica, and Atlis Motor Vehicles have all set up shop in metro Phoenix, with Lucid Motors rolling out the first all-electric, made-in-Arizona vehicle late last year.

“Phoenix pulls people from all across the U.S. to one common place. You get great talent from all across the country,” Conlow said. “That’s what is so unique about Phoenix right now and what is driving this massive surge of innovation. It’s a big city, but it is very manageable to make an impact here.”

Lectric sells more electric bikes in a single year than others in the market, including Rad Power Bikes, Heybike, BeeCool Bikes, Hiboy, and VTUVIA.

“Tesla has a strong hold on the EV market,” said Ashlee Larrison, a spokesperson for the company. “But e-bikes are growing in popularity every single year. We’re getting a lot more eyes on the industry as a whole.”

Last year, Lectric’s flagship model accounted for more than 10 percent of all e-bikes sold in the U.S., according to an internal report from the company. This year, it will own a market share exceeding 20 percent, Conlow said. In 2018, Conlow was “running on fumes,” he said, as he emptied his wedding fund to bankroll a final attempt at launching Lectric. He created a Shopify website that sold just two individual electric bikes.

“After months of selling nothing,” Conlow recalled, the website generated $30,000 in sales one day after going live. Same thing the next day. On the seventh day, Conlow’s website generated more than $100,000, thanks to YouTubers shouting out the product, he said.

“It was absolutely bonkers,” Conlow said.

After 21 days, the young entrepreneur recorded his first $1 million in sales — with a team of just two employees.

By 2020, the company had a dozen employees. The coronavirus pandemic proved to be a blessing in disguise for the start-up as it found its footing in a tough business climate in the state. By this stage of the company, about half of startups have already gone belly-up, according to research from Mesa Community College.

“Everybody was sitting at home, bored out of their minds,” Conlow reflected. “People wanted to be outside on a bike, and they needed transportation solutions to get around big cities like Phoenix when COVID shut public transport down.” 'The Young Serving the Old'

Today, Lectric eBikes employs 100 people and claims to sell the majority of all non-Tesla electric vehicles in the U.S. Conlow describes himself as “gutsy,” which he said loosely stands for “greatest urban transportation solution ever.”

“We are far from being done,” he said. “That is why I get up and choose to work on this every day.”

Most of Lectric's customers are elderly people in search of outdoor leisure and a safe, easy way to run errands close to home. As such, the company has had much success selling its product locally in a state that ranked No. 3 for retirement this year.

The bikes are produced in China and distributed locally. Lectric's XP 2.0, its best-selling model, can travel 100 miles on one charge, which takes three or four hours. The machine can reach speeds up to 28 miles per hour and sells for $999.

In Conlow’s own words, “It’s a pretty sick bike.”
KEEP PHOENIX NEW TIMES FREE... Since we started Phoenix New Times, it has been defined as the free, independent voice of Phoenix, and we'd like to keep it that way. With local media under siege, it's more important than ever for us to rally support behind funding our local journalism. You can help by participating in our "I Support" program, allowing us to keep offering readers access to our incisive coverage of local news, food and culture with no paywalls.
Make a one-time donation today for as little as $1.
Elias Weiss is a staff writer at the Phoenix New Times. A native of Charlotte, North Carolina, he reported first for the Northwest Arkansas Democrat-Gazette and was editor of the Chatham Star-Tribune in Southern Virginia, where he covered politics and law. In 2020, the Virginia Press Association awarded him first place in the categories of Government Writing and Breaking News Writing for non-daily newspapers statewide.
Contact: Elias Weiss
Follow:
Twitter: @ecweiss