The Arizona Taco Festival Is Back, For Real This Time Organizers Say 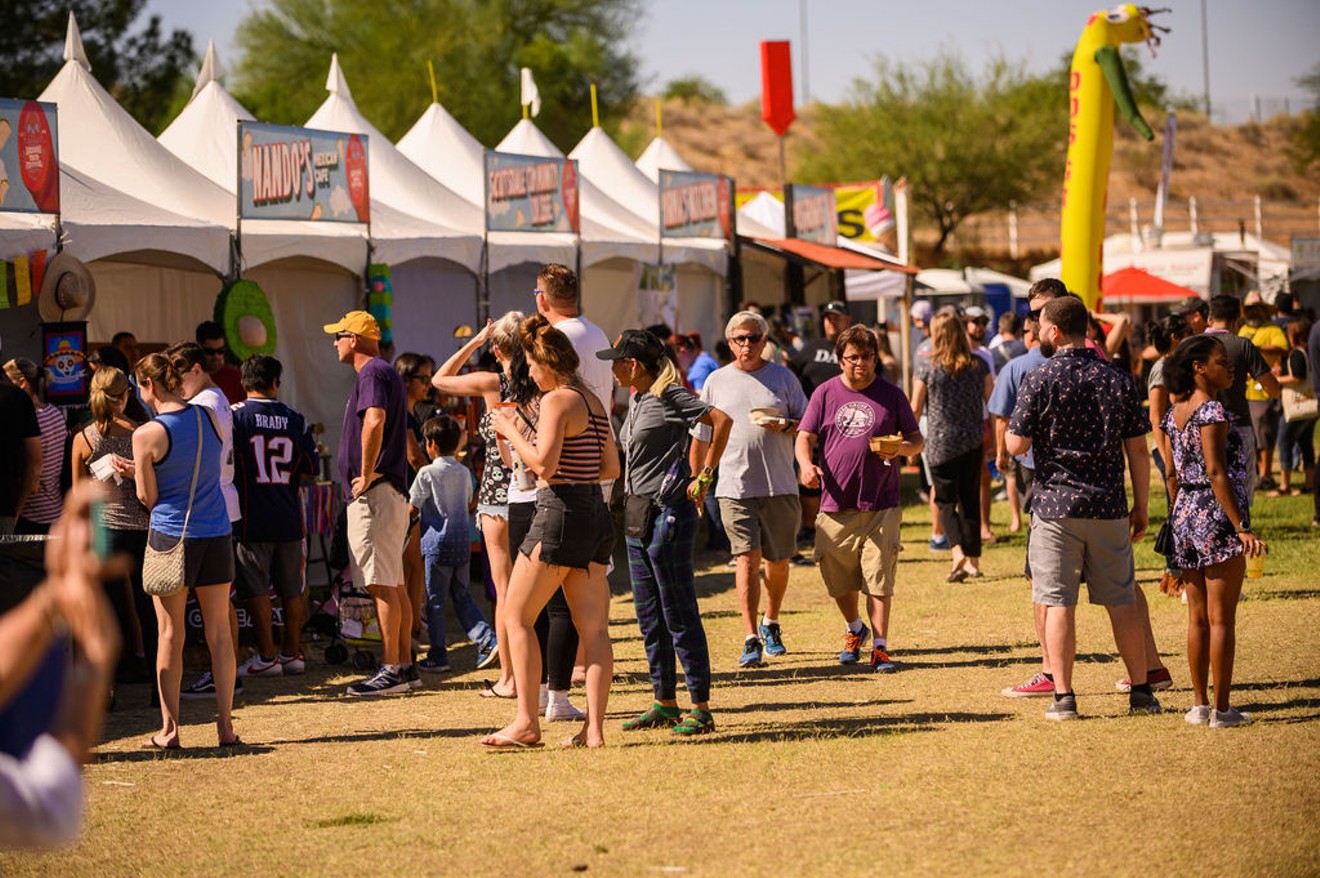 Now, organizers have yet again announced plans to bring back the festival, with promises that it really will happen this time. There'll be some big names and a new location to boot.

The Arizona Taco Festival 2022 is scheduled to take place on November 12 and 13 from 11 a.m. to 6 p.m. each day. This year, it'll take over Bell Bank Park in Mesa, rather than its previous location of Salt River Fields in Scottsdale.

Celebrity chef Aaron May will make special appearances and host the festival this year. He's "inviting his taco brethren from the world of sports, TV, food, and film," according to a press release.

“I’m going to make this year’s taco fest into a full Taco-Palooza of epic proportions. I might even get in the wrestling ring with the Luchas!”  May said in the release.

One of the entertainment stages features Lucha Libre wrestlers.
Arizona Taco Festival
The annual taco competition is set to take place, inviting local taco makers to fight for the Top Taco title and prize money. The festival will also feature a tequila passport, allowing customers to sip samples from a collection of more than 100 agave spirits.

Lucha Libre wrestlers will take the stage, dolled-up dogs will walk in the chihuahua beauty pageant, and fans of spicy food can test their taste buds at the hot chili pepper eating contest and hot sauce expo.

Other entertainment includes a Taco Drag Queen Contest and Day of the Dead Wedding along with performances from local mariachis, bands, and DJs.

Tickets to the festival cost $15 and are available online. General admission tickets are good for entrance into the festival. Tacos are purchased at each vendor.

November 12 and 13, 2022
aztacofestival.com
1 Legacy Drive, Mesa
KEEP PHOENIX NEW TIMES FREE... Since we started Phoenix New Times, it has been defined as the free, independent voice of Phoenix, and we'd like to keep it that way. With local media under siege, it's more important than ever for us to rally support behind funding our local journalism. You can help by participating in our "I Support" program, allowing us to keep offering readers access to our incisive coverage of local news, food and culture with no paywalls.
Make a one-time donation today for as little as $1.