The siblings come from a Colorado craft beer family: Their parents owned Grand Lake Brewing Company, where Hunter and Warren worked for years in different capacities, from grunt work to management, until it closed in 2019. “We literally got every part of the business,” Warren says.

Warren, who took more to the service and management side of things, eventually opened his own bar and restaurant. In 2018, he sold the three-year-old business in hopes of stepping away from anything brew-related. Hunter, who had ultimately taken over the family's brewing operation, had other plans. He wanted to open a taproom.

Around that time, friends kept pushing Warren to try hard seltzers. “I was a beer and whiskey drinker and was not into soft stuff,” he says. But then he tried one at a college football game and was hooked. In fact, he kept trading his beer for hard seltzers at the event.

The "aha" moment, though, came during a snowshoe-and-ski trip with a friend. “We made a fire," recalls Warren, "and as we were eating our burgers and drinking hard seltzers, I thought, 'What if we did hard seltzer?'”

That’s when the Wood brothers decided to create America’s first independent — craft seltzer only — hard seltzery. (They won’t call it that, because the term was trademarked a few years back by Ron Lloyd of Seattle’s San Juan Seltzer. But a seltzery is a thing.)

They named their product Elevated — often stylized as "Elvtd" — for Denver's Mile High City nickname, and used a plane logo to represent their love of travel. Hunter headed up production, while Warren took over sales and marketing. 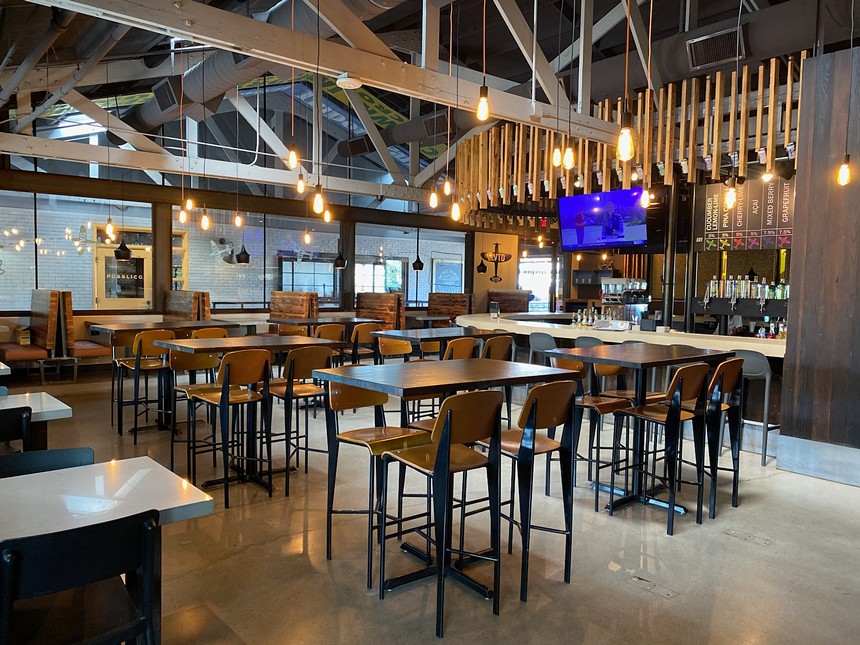 Elevated's Phoenix taproom.
Elevated Seltzer
It took some research to learn the process of making seltzer, which the Woods describe as a cross between beer and wine production. It uses some wine-making ingredients, but is brewed like beer. Because it's grain-free and has a lower alcohol content, however, it's lighter and causes less bloating than beer, a fact that has helped fuel its popularity (and could account for the short time it took hard seltzer to explode across this country as compared to the decades-long craft beer revolution).

The brothers use high-quality sugar to make a brew and ferment it with yeast (wine yeast, in their case, which gets rid of the malty flavor and imparts a clean, crisp Prosecco-like one instead), then pass the product through a dual filter to clarify and sanitize it. Finally, they add non-GMO fruit extracts for flavor. All of the sugar goes to feed the yeast, so the beverage is considered sugar-free. Any calories come from the low alcohol content, making the beverage low-calorie. And since no grain is used in making the beverage, it's also gluten-free. Win-win-win!

Elevated hit the ground running in Colorado. “People were coming from across the country to our taproom,” says Warren. In an industry where the typical time from production to distribution is one year, they started distribution within five months, he notes. Two years later, Elevated won the gold medal for its pomegranate-apple seltzer and silver for its açai-flavored version at the U.S. Hard Seltzer Championship.

Aside from those medal-winning flavors, you'll find grapefruit, mango, cherry-lime, and cucumber-lemon lime varieties, among others. But the creativity doesn't stop there: The brothers might surprise you with a chocolate-peanut butter seltzer one weekend and chocolate-strawberry the next. 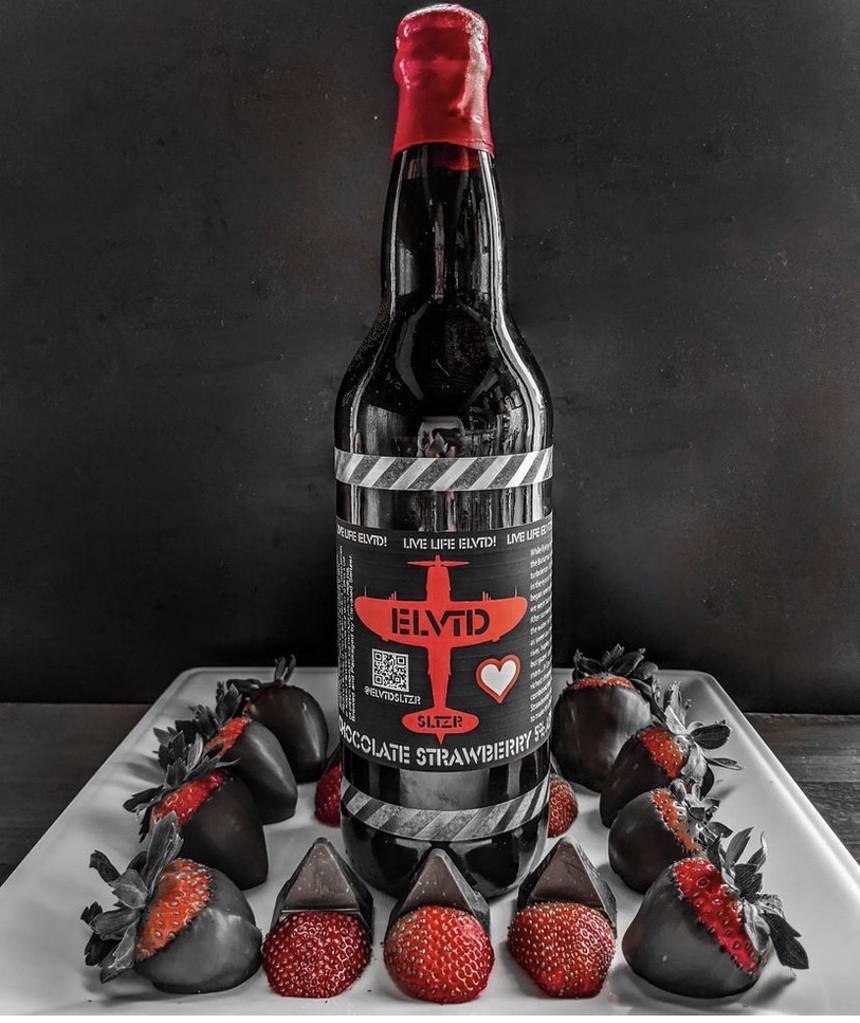 Chocolate-strawberry seltzer "tastes like seeing a waterfall for the first time," says Elevated.
Elevated Seltzer
Opening a taproom in Phoenix made sense for the company, as seltzers provide a refreshing antidote to the Arizona heat.

The Phoenix location, a modern 3,000-square-foot, 120-capacity space, will have eight to 10 seltzers on rotation along with an international food menu. Created by executive chef Luis Gomez, the menu offers such items as Cuban pan con lechón (pulled-pork sandwich), Italian salmon scampi linguine, American braised brisket, and Taiwanese chicken and rice, plus a burger section. Along with their 5 to 10 percent ABV seltzers, there are seltzer cocktails, beer, wine, cider and spirits on the beverage side. Moreover, patrons can try flights of up to four seltzers. “You could order two flights,” suggests Warren. Sounds reasonable.

Elevated Seltzer
5813 North Seventh Street
602-314-6362
elvtdseltzer.com
Hours: 11 a.m. to 10 p.m. Sunday to Thursday; 11 a.m. to midnight Friday and Saturday
KEEP PHOENIX NEW TIMES FREE... Since we started Phoenix New Times, it has been defined as the free, independent voice of Phoenix, and we'd like to keep it that way. With local media under siege, it's more important than ever for us to rally support behind funding our local journalism. You can help by participating in our "I Support" program, allowing us to keep offering readers access to our incisive coverage of local news, food and culture with no paywalls.
Make a one-time donation today for as little as $1.