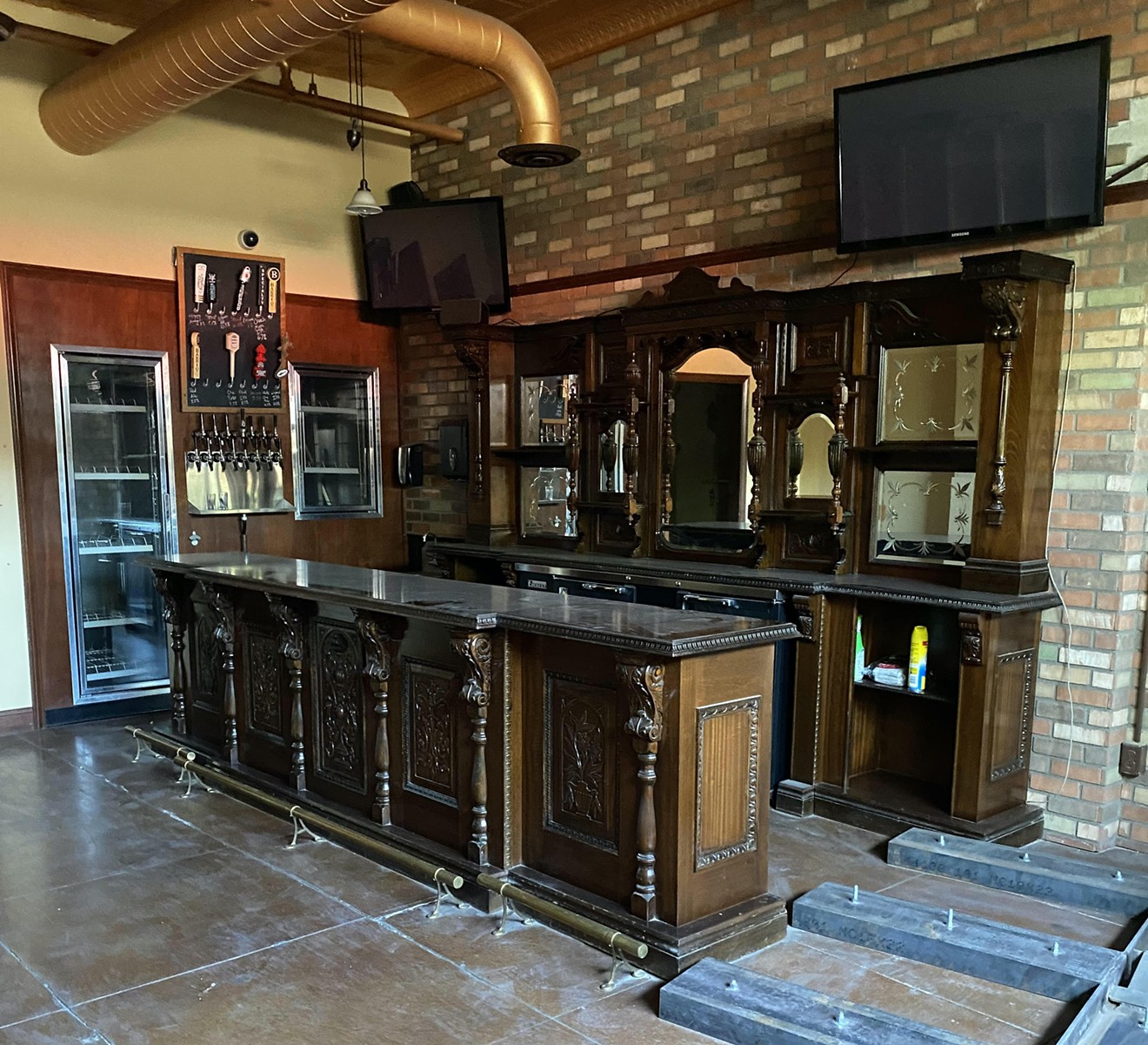 Simple Machine's new taproom will maintain the charm of the historic building, including the hand-carved bar crafted in England in the 1930s. Courtesy of Marshall Norris
Editor's Note: This article has been updated to reflect the correct name of the Venue Grand.

The new tasting room will open, “fingers crossed,” before the Super Bowl in February, says head brewer and owner Marshall Norris. In addition to Simple Machine's beer, the taproom will feature guest taps, cider, and wine.

But Norris won’t be finished with just the taproom, which will take over a one-time speakeasy in the former Gaslight Inn, at 5743 West Glendale Avenue. There will also be a 200-person music venue called The Venue Grand at Simple Machine Brewing, opening later in the spring – Norris hopes by May.

He honed in on the West Valley and Glendale because of the residents' thirst for craft beer but fewer options than other parts of the region. It's the same approach Norris employed when selecting the original Deer Valley location for Simple Machine, one of the New Times’ 10 best breweries in the Valley.

“There’s areas in the Valley where craft beer is selling really well but there’s not anything similar in our industry available,” Norris says. “Every time a new one opens, it’s not affecting any business, it’s just growing.” 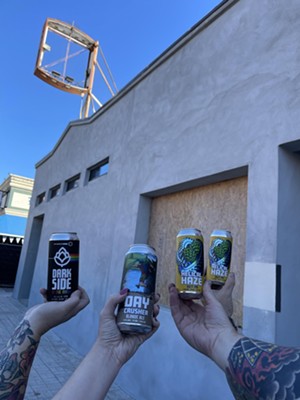 Simple Machine Brewing Company's second location will be in the former Gaslight Inn in downtown Glendale.
Courtesy of Marshall Norris
And once he toured the Gaslight Building, Norris was hooked, he says.

“I was just enamored. I was in love with the space,” Norris says. “Now we have the opportunity to be part of the revitalization of downtown Glendale, which is going to be really exciting.”

It’s a homecoming of sorts for Norris, who attended Millennium High School in Goodyear.

“I remember it when it was watermelon fields,” he says of the surrounding area.

In both the taproom and the venue, the focus will be on promoting all things local. Aesthetically, the design will focus on honoring the history of the former hotel, built in 1926.

“We’re going to leave it as much as we can," Norris says, "to maintain the original aesthetic of the building."

The pressed tin ceilings will stay, as well as a hand-carved English bar from the 1930s. Those details will be accented with metal and wood elements.

The taproom will also get a touch of modern design, with a rollup door. Both the tasting room and venue will have their own patios.

Similar to Simple Machine’s original location, people will be encouraged to bring or order food from nearby restaurants like Haus Murphy's. In addition to an expanded offering of drinks in the taproom, Simple Machine will also sell beer and wine to go.

Norris is known throughout Arizona as a skilled craft brewer, but he was also once a musician in bands including Every Dying Day. He says he’s returning to his roots by opening a venue.

He’ll collaborate with people in the industry, like Em and Jeff Powell of Double Helix Records, to build out the space and book bands. The Powells say they became fast friends with Norris, bonding over their love of all things local and the “Venn diagram of craft beer and good music. " If you like one, you usually like the other, Em says.

“We really want to hone in on a local first mentality in terms of showcasing musical acts. There are a host of great local acts, from Flagstaff all the way to Tucson,” Jeff says.

When the Venue Grand isn’t hosting shows, there will be open mic nights, live podcasts, and trivia.

“We imagine it being the west side’s solution to a great locally owned and operated music venue,” Em says.

For Norris, he's excited to expand the business and to serve Simple Machine's brews to a new customer base. The addition of a music venue is something of the icing on the cake.

“We’re trying to build up that part of the community a little bit, and we just took it a step further,” he says.

Taproom and venue coming in 2023
5743 West Glendale Avenue
simplemachinebrewing.com
KEEP PHOENIX NEW TIMES FREE... Since we started Phoenix New Times, it has been defined as the free, independent voice of Phoenix, and we'd like to keep it that way. With local media under siege, it's more important than ever for us to rally support behind funding our local journalism. You can help by participating in our "I Support" program, allowing us to keep offering readers access to our incisive coverage of local news, food and culture with no paywalls.
Make a one-time donation today for as little as $1.
Sara Crocker is a freelance writer who has called Phoenix home since 2020. Her work has appeared in The Denver Post, Colorado Life Magazine, and Phoenix Home & Garden.
Contact: Sara Crocker
Follow:
Twitter: @saraccrocker
Instagram: @crockertherocker