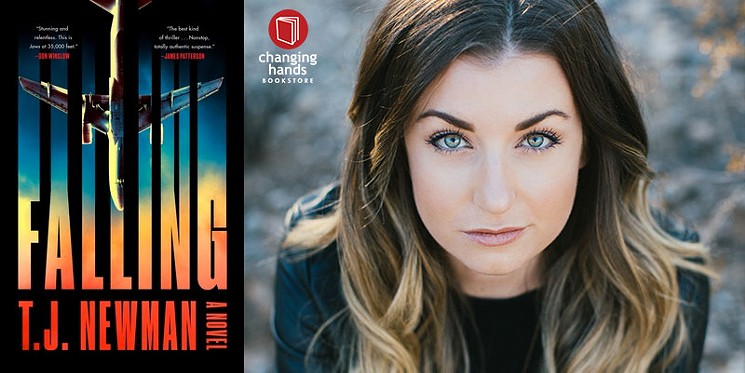 It made international news when Phoenix author TJ Newman's debut novel, Falling, was bought as part of a seven-figure, two-book publishing deal with Avid Reader Press, an imprint of Simon & Schuster.

Falling was released on July 6, and in its first week, it's already making waves in the publishing world.


The novel is currently sitting at No. 2 on this week's New York Times Bestseller list for Hardcover Fiction and No. 3 for Combined Print and E-Book Fiction. It's also No. 1 on Apple Books and No. 2 on USA Today's Best-Selling Books List in its first week on shelves.

Newman, a Mesa native and former flight attendant, wrote Falling during cross-country overnight flights. The thriller tells the story of a pilot forced to choose between crashing the plane he's flying or the life of his family. She's currently on a publicity tour that kicked off last week at Changing Hands Bookstore in Phoenix, where she used to work as a bookseller.