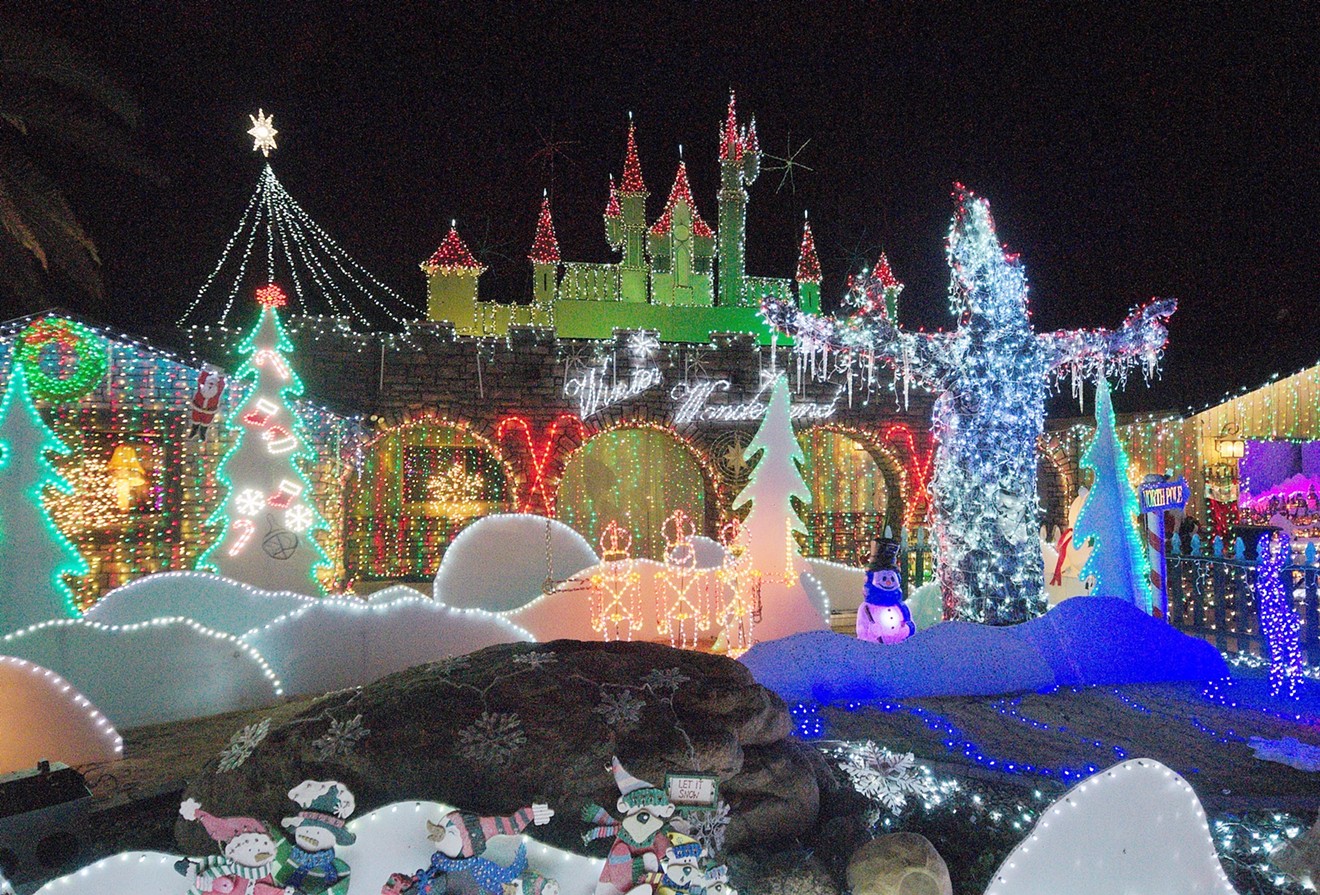 Earlier this week, the Scottsdale resident and his family were featured on the ABC television show, which showcases over-the-top holiday lights displays from around the country.

They were chosen by host Carter Oosterhouse as having the best display of the episode, beating out displays in New Jersey, North Carolina, and Missouri to win the episode, which aired on December 18. The Birketts also won $50,000, along with a snazzy trophy shaped like a Christmas light bulb that's now part of the display.

Needless to say, Chris Birkett was thrilled that his family’s display won.

“You know, it was really crazy. I'm really glad that Carter loved what we have going on here. For years, we've always tried to create magic with the display,” he says. “I'm so happy that he saw that magic that we try to bring to everyone. I'm just speechless for this moment in time in my life to not only able to share that with the world, but now to be able to share this win with the world, which is a big deal.”

The Birkett’s segment during the episode showcased their putting together Winter Wonderland, which features more than 250,000 lights decorating the front of their Scottsdale home. It also boasts a Western town made from recycled wood pallets in the side yard, a Frozen-themed display in their backyard pool.

It’s definitely impressed Oosterhouse, who told the family as much during the episode.

"You had more than a light show, you had an experience,” Osterhouse said. “So many DIY elements throughout. It was completely original. It totally blew my mind."

Birkett’s wife, Sarah, and their daughters Avari and Evie also got kudos from Osterhouse during the episode for their assistance putting together the display. And in a cute moment, Chris Birkett got to show off his skills as wedding and events DJ when he used a mixer to power up the display for Oosterhouse.

“That was really fun,” Chris says.


The episode also delved into the legal drama he got into over his holiday displays more than a decade ago.

Back in 2004, Chris was cited for disturbing the peace after a neighbor of their former home complained about his equally enormous Halloween display. He was convicted of the misdemeanor charge, sentenced to two years' probation, and paid a $383 fine.

The family moved to their current home in 2006. And their current neighbors are big fans of the Birkett's displays. (They even help out with their lights and decorations.)

The family has turned the incident into a source of pride, however, referring to themselves as “Holiday Outlaws” and "Christmas Criminals." They even had shirts made.

Chris says that winning The Great Christmas Light Fight was something of a redemptive experience.

“They say from bad things great things happen and you can truly believe in that," he says. "Sometimes when you see all those bad things that are happening, you can't imagine that there could be a great future. But I knew deep in my heart what I was doing was wonderful for the world because I could see the joy and happiness and feel the energy coming from people when seeing all of this.” The Birkett's Great Christmas Light Fight trophy on display at their Scottsdale home.
Benjamin Leatherman
It's all part of the holiday magic they try to create, he says.

"How do you make something like this happen year after year, even after you've been convicted and put on probation by an ex-neighbor? How do you continue on?" he says. "The only way is to believe in magic. And I've continued to do that, and that's why you still see Winter Wonderland shining bright, because of magic and inspiration and a real dream."

Visitors to Winter Wonderland can see the trophy from the show in a new Christmas-themed room the Birketts recently built in their garage. They've also added a snow-covered holiday village featuring miniatures that Chris purchased from the late Bob Rix, a fellow Christmas enthusiast and Valley resident who was famous for his over-the-top displays.

“When they asked on the show what I'm going to do with the money, I said ‘I'm going to go to Disney World," Chris sayd. "And our kids’ colleges are also coming, so that would be a great thing to spend it on. So I'd say between Disney or college, that will probably eat it all up.”