The Best Things We Saw in Metro Phoenix in 2022 In a city as full of art, theater, dance, and film as Phoenix, there are great things to see every day of the year. We can’t mention them all here, but we can pick a few things that stood out to us in the past 365 days. Here are the best things we saw in 2022. Scottsdale Museum of Contemporary Art
Take traditional Indigenous iconography, run it through a blender with the artistic styles of New York City in the 1980s, and pour it out into the desert. That’s what we saw at Scottsdale Museum of Contemporary Art in “Brad Kahlhamer: Swap Meet.” The show offered plenty to see, from sketchbooks and kachina dolls to a massive wire dreamcatcher and the exhibition centerpiece, a trailer Kahlhamer purchased at a Mesa swap meet and filled with art and other objects. Kahlhamer told us that he didn’t want viewers to feel a particular way about the show; rather, he expected that each individual would take away something different due to their own memories and experiences. For our part, we enjoyed the eclectic, passionate works, and left appreciative of the fact that Kahlhamer now calls the east Valley home. 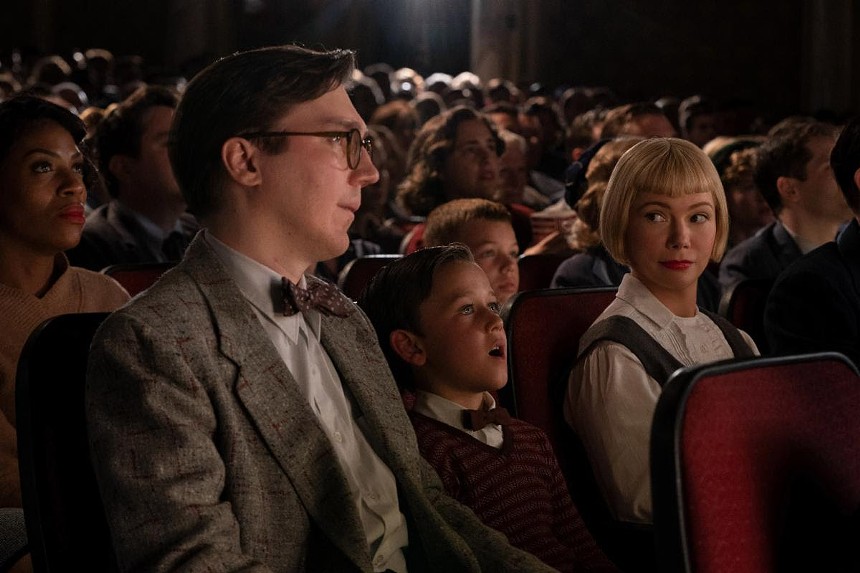 A scene from The Fabelmans.
Universal Pictures

Truth be told, Steven Spielberg only lived in Phoenix for about seven of his 76 years. But who can blame us for wanting to claim one of the most successful and popular film directors as one of our own? This year, we finally got to see The Fabelmans, the long-awaited, semiautobiographical Spielberg film that includes his retelling of his formative years in Phoenix. Starring Michelle Williams, Paul Dano, Seth Rogen, and Gabriel LaBelle, The Fabelmans is a story about growing up, about the ways that families can hurt each other and build each other up, and about how an artist is born. Though we would have much preferred that Spielberg shoot at least some of the movie in Phoenix, we were still delighted to see the city’s part of Spielberg’s life story committed to film.

Mesa Contemporary Arts Museum
The mural/street art scene is one of our favorite things about metro Phoenix, and two of our favorite artists share a name: Such Styles, and his son Champ Styles. The pair teamed up for an exhibition currently on display at Mesa Contemporary Arts Museum: “Like Father, Like Son,” a colorful, whimsical collection of works. Attendees saw creative takes on characters like Tom (of Tom and Jerry), Hello Kitty, and more. It’s refreshing to see the kind of works most often found outside given the museum treatment, and gratifying to see these stars of the local art scene getting the recognition they deserve. “Like Father, Like Son” is up at MCAM through the end of the year, so go see the show and enjoy the art for yourself. 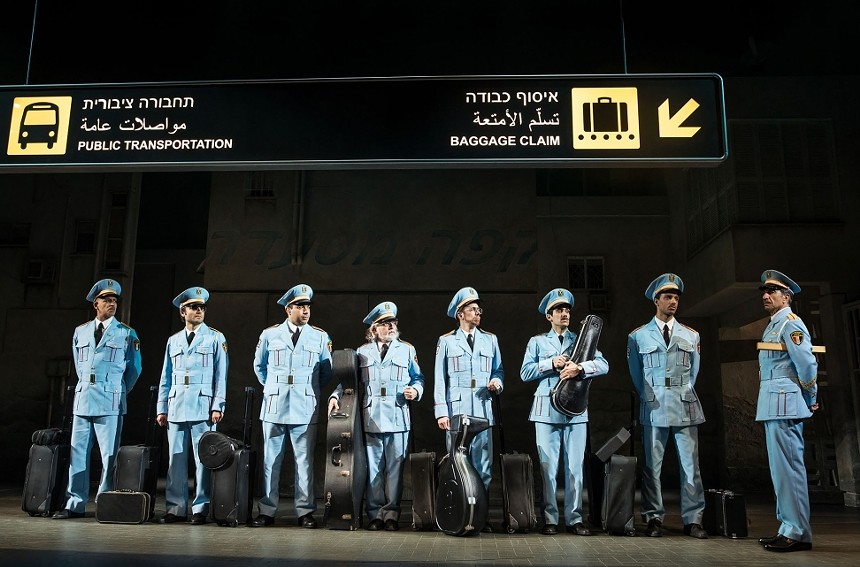 ASU Gammage
The Broadway musical is a medium that lends itself well to grand stories, like a revolution in France, or the knights of Camelot, or the Founding Fathers. The Band’s Visit, the Tony Award-winning musical that visited ASU Gammage in February, is the opposite of an epic tale, and yet it was the one that moved us the most. Here’s the synopsis: An Egyptian band scheduled to play in a large city in Israel experiences a mixup with their bus tickets, and lands in a small town in Israel for the night. That’s it. And yet the short show has a lot to say about pretty much everything – love, music, hope, disappointment, family, and the ways that all of us are alike more than we are different – set to an entrancing score. Set amid a packed 2021-22 Gammage season that included blockbusters like Hamilton and The Lion King, The Band’s Visit was a tiny, heart-stirring jewel. Attendees wait for the show to begin.
Jennifer Goldberg

Does it truly matter, in the grand scheme of things, that the little store at the corner of Southern Avenue and Hardy Drive in Tempe ceased to be a Circle K earlier this year? Maybe not, but for Phoenicians of a certain age, the changeover was an opportunity to gather and indulge in a little nostalgia. You see, that particular Circle K was the one featured in the 1988 classic film Bill & Ted’s Excellent Adventure, and its rebranding didn’t just signify the loss of a beloved piece of Arizona movie history; it was a stinging reminder of the way that time marches on – and away from the things some of us hold dear. But before the sign came down, Harkins Theatres hosted two showings of Bill & Ted in the parking lot of the Circle K on May 18. Who came? People who shared memories of seeing it in the theater or even being background extras at one of the many metro Phoenix shooting locales. Forty-something parents and their kids, the next generation of Bill & Ted fans. In a year marked by contention, something strange was afoot at the Circle K that night – a spirit of camaraderie and nostalgia, and the feeling that we were all part of something special.

Ballet Arizona
In a city full of beautiful performance venues, nothing can beat nature as a setting for the arts, which is why we always look forward to the production Ballet Arizona puts on at the Desert Botanical Garden. This year, it was the return of Round, Artistic Director Ib Andersen’s show that debuted in 2016. The gorgeous dancing was rivaled only by the sunset, which acted as a backdrop for the performers. We took the opportunity to see the garden’s “Chihuly in the Desert” exhibit before the performance, making it an evening gloriously full of artistic beauty.

There are a lot of things that make us proud to live in Arizona (how about those midterm results, huh?), but the number of Oscar winners from our state sadly isn’t one. We hadn’t gotten the chance to celebrate an Arizona Academy win in several years until Troy Kotsur won the Best Actor in a Supporting Role Trophy on March 27 for his performance in CODA. Kotsur isn’t just a Mesa native; he’s the first deaf man to win an Academy Award and the first deaf performer to win a British Academy Film Award, a Screen Actors Guild Award, and a Critics' Choice Movie Award. In a heartfelt, signed acceptance speech, Kotsur dedicated his win to the deaf community and the disabled community, and thanked the town of Mesa for their support. We couldn’t be prouder to call Kostur a native son.

The Expanse of the Galaxy in a Corner of an Alleyway

'Mr: You Can Hear the Song of This Town'
Phoenix Art Museum
Artistic expression comes in a nearly infinite number of forms. But the most purely delightful work we saw this year might be the sprawling canvases of Japanese artist Mr. in his “You Can Hear the Song of This Town” exhibition, which opened last month at Phoenix Art Museum. The Expanse of the Galaxy in a Corner of an Alleyway is an enormous, 30-foot-wide piece that was premiered at the museum, and like Mr.’s other works, it’s a bright, chaotic, intricate work inspired by manga, urban existence, and other aspects of Japanese culture. While the work, an acrylic and silkscreen on canvas on wood panel, can be enjoyed from afar, we found it’s best appreciated from close up, where viewers can engage with the many adorable and surprising details.
KEEP PHOENIX NEW TIMES FREE... Since we started Phoenix New Times, it has been defined as the free, independent voice of Phoenix, and we'd like to keep it that way. With local media under siege, it's more important than ever for us to rally support behind funding our local journalism. You can help by participating in our "I Support" program, allowing us to keep offering readers access to our incisive coverage of local news, food and culture with no paywalls.
Make a one-time donation today for as little as $1.