Moving Out: Two Farmers' Market Favorites Will No Longer Set Up Their Stands

La Belle Vie has set up at the Gilbert Farmers Market for almost five years. Chris Malloy
After waking up early and making your way to the farmers' market, one of the great rewards is a freshly baked breakfast. Standing in line, making your selection between bagels and pastries, and taking that first bite as you add a few more to your basket or tote bag to take home is a weekend ritual.

For the bakers behind the scenes, it can be a grueling process. They wake up even earlier, schlep tables and tents along with their precious baked goods, all before they can help the first customer. And for two Valley bakers, their tenure at our local markets is over. Bagelfeld's is known Valley-wide for its New York-style bagels.
Allison Young
Bagelfeld's, a small bakery founded by Brooklyn-born Charles Blonkenfeld, started out at the Uptown Phoenix and Downtown PHX farmers' markets. The market booths quickly became known as the go-to spots for New York-style bagels throughout the Valley and often sold out. Other restaurants around town started selling Blonkenfeld's bagels, and the company gathered accolades, including a Phoenix New Times 2022 Best of Phoenix award.

That growth inspired the company to open a production facility and storefront on Thomas Road. Now, that's where Blonkenfeld will shift his focus.

"We simply do not have the capacity to run our building and the market successfully at the same time," a January 9 announcement on Bagelfeld's social media reads.

So, while the farmers market table complete with its black and white sign is no more, customers can find the delectable bagels at the brick-and-mortar location on Thomas Road on Tuesdays through Sundays from 6 a.m. to noon.

"We are so excited for this next step," the post reads, "always remembering with gratitude our roots and how we got here." 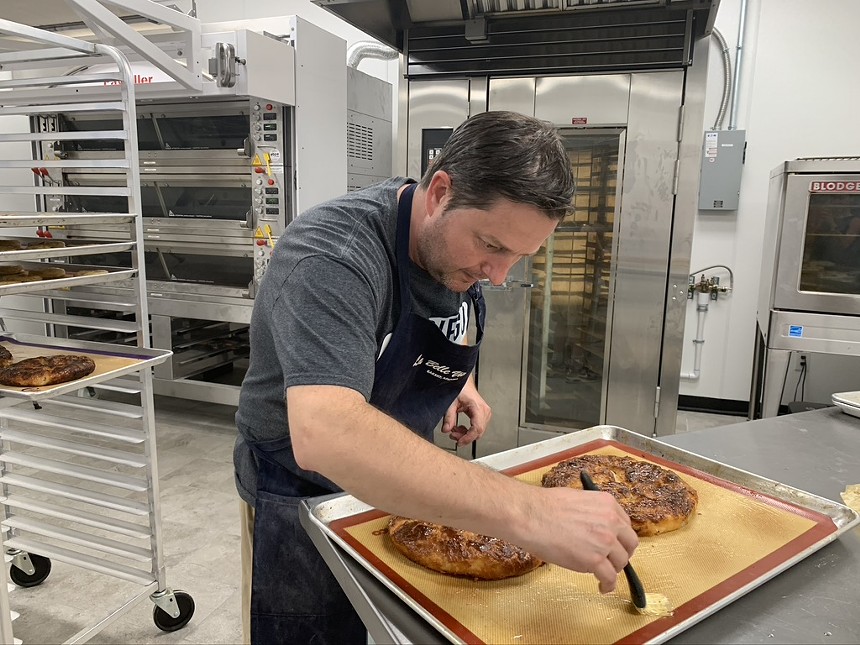 Almost five years ago, Nathas Kraus launched his bakery at the Gilbert Farmers Market, selling bread and croissants. In the spring of 2022, he launched a permanent location in Scottsdale and has been operating both ever since. French patisserie is the name of the game at La Belle Vie.
Chris Malloy
But January 14 will be the bakery's last market in Gilbert, according to an announcement also made on January 9 on La Belle Vie's social media.

The owner explained that the step back is necessary for his health. He also shared plans to maintain the bakery's brick-and-mortar store, located on Roosevelt Street in Scottsdale, but with limited hours. Customers can pick up pastries on Saturday mornings from 8 a.m. to 2 p.m.

8119 East Roosevelt Street, Scottsdale
480-696-0721
labelleviebakery.com
KEEP PHOENIX NEW TIMES FREE... Since we started Phoenix New Times, it has been defined as the free, independent voice of Phoenix, and we'd like to keep it that way. With local media under siege, it's more important than ever for us to rally support behind funding our local journalism. You can help by participating in our "I Support" program, allowing us to keep offering readers access to our incisive coverage of local news, food and culture with no paywalls.
Make a one-time donation today for as little as $1.