Downtown Phoenix Farmers Market Is On the Move 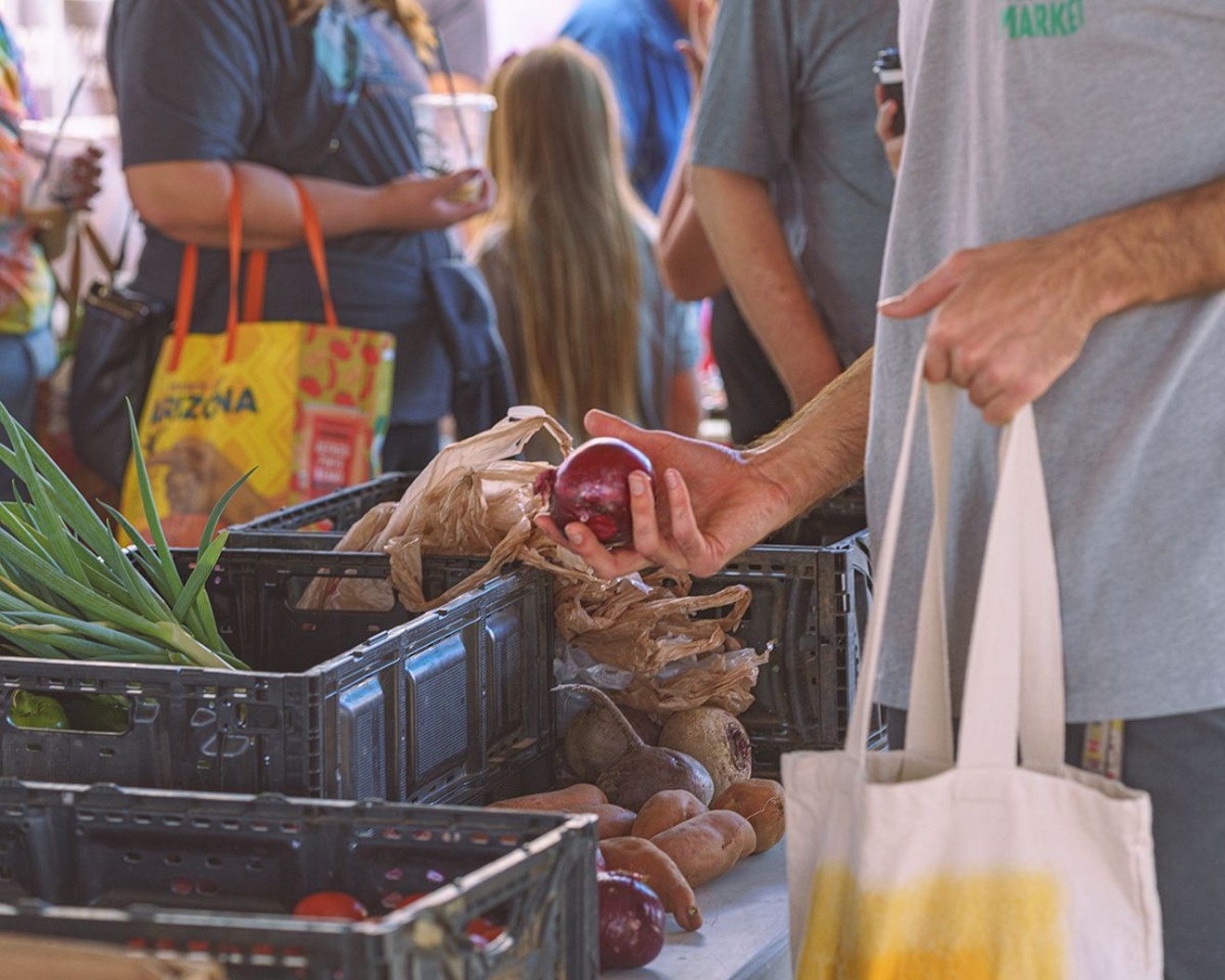 The market will occupy half of the new space for now, with plans to expand as it grows.

What precipitated the move was twofold. The current space was owned by the City of Phoenix and Kurt Schneider, a private owner and self-described “culturally interested developer” who's hosted the market  since 2005. Schneider retired and sold his part of the property late last year.

“We also recognized the need to expand in order to serve the population of downtown Phoenix,” says Tanya Chakravarty, the nonprofit's executive director. The new location will open in partnership with the city.

For their final day at the current location — Saturday, April 30 — organizers have planned a number of activities, including live music (Will from Brazil), a cooking demonstration by Shad from the University of Arizona Culinary Medicine program, face painting and giveaways. Some of the items being given away were culled as staff prepared for the move.

“As I was going through the storage, I found some interesting swag," says Chakravarty. "For example, we have a vegetable peeler branded with the Downtown Phoenix Farmers Market logo on it. I thought, we need to get these out to people."

Feed Phoenix provides free aid and food to people in crisis.
Downtown Phoenix Farmers Market
The new location's grand-opening celebration will take place on May 7, with new vendors, pop-ups, and musical guests. A map of the space will be available after April 30 on the market's website. For the opening, Chakravarty is reaching out to some of the vendors who started with the market but have since opened brick-and-mortar locations to make an appearance. One such vendor, Pachamama, will be there selling its vegan Mexican food.

Other pop-ups, which may become permanent fixtures, include Yo! Donut, offering vegan and gluten-free doughnuts; Hoyo’s Cuisine, purveyors of Somalian food; and Aaron Michael’s Concessions, which specializes in Southern-inspired seafood and chicken dishes.

“We have developed a very unique culture at the downtown market,” notes Chakravarty. “We have a number of immigrants and a number of vendors sponsored by the IRC [the International Rescue Committee, which supports refugees in Phoenix], so we attract people that flourish in this environment of diversity.

"We may change the location,” she adds, “but what’s important is that the vibe, the diverse group of vendors that we have, and the diverse attendees will stay the same."

The new market will open with summer hours: 7:30 a.m. to 11:30 a.m. every Saturday. Free parking is available at the northeast corner of Fifth Street and McKinley, and the market also validates parking at the Fillmore Parking Garage (555 East Fillmore).

"It’s going be fun and relaxing, and the place to go on a Saturday morning," Chakravarty concludes.
KEEP PHOENIX NEW TIMES FREE... Since we started Phoenix New Times, it has been defined as the free, independent voice of Phoenix, and we'd like to keep it that way. With local media under siege, it's more important than ever for us to rally support behind funding our local journalism. You can help by participating in our "I Support" program, allowing us to keep offering readers access to our incisive coverage of local news, food and culture with no paywalls.
Make a one-time donation today for as little as $1.