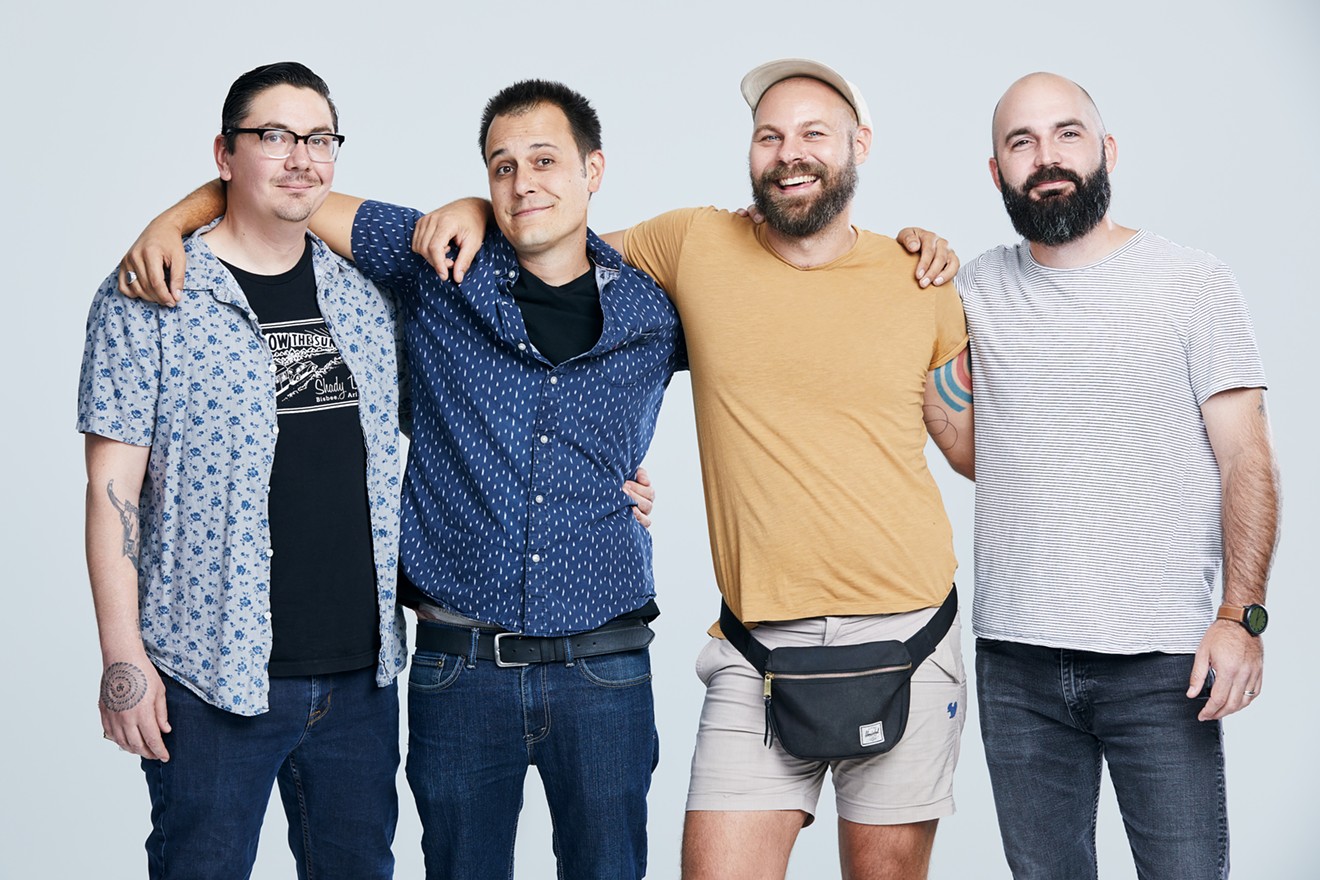 If any of those names sound familiar, it’s because Instrumental’s members, as the name would imply, were in popular local bands. Coats was a member of Coats & Via, as well as The Morning Kennedy Was Shot. The latter went on tour with Dear and the Headlights, whose members included Waxman and Cissell.

“There’s definitely a lot of legendary local music history between those three guys,” says Babcock, who’s been a guitarist in a couple of bands himself.

“Then, we the four of us all know each other through that whole mash of Phoenix arts and restaurant community, which tends to be one and the same actually,” he says.

The new group's roster will look like this: Babcock as culinary director, Coats as director of hospitality, Cissell as director of operations, and beverage director Waxman. Cissell hails from Gallo Blanco and Angry Crab Shack, and Waxman is formerly of Cobra Arcade Bar.

But one other figure is part of this endeavor. Instrumental has partnered with local developer Chuckie Duff, who’ll be more in the background on the production and financial side.

“He’s like the fifth Beatle,” Babcock says. “The four of us will be the people that actually run the company. Chuckie is the guy signing the checks and making it all possible.”

As we reported last month, Michael Babcock and Wayne Coats left Welcome Hospitality, but now we know it's not for some Eat Pray Love-style soul-searching travel. The two friends go back a decade at this point. They both worked at Morton's The Steakhouse; both played in bands. Welcome Hospitality, which operates Welcome Diner, Welcome Chicken + Donuts, and Welcome Commissary, is still in the hands of founder Sloane McFarland.

But Babcock wanted to make one thing clear.

“The diner is operating as it always has and always will be,” he says. “Everything is super amiable and happy between everyone involved. We’re all happy to support each other, and everyone’s just super-supportive about us doing the other thing.”

That other thing being Instrumental Hospitality Group, of course.

The group wanted to give their new company a name first, because they plan on creating a couple of projects under that umbrella.

“We’re really focused on two specific concepts right now, and they would have different identities,” Babcock says. “One being more bar-focused with a small food program … and the other one being more of a proper formal dining restaurant.”

At this point, Instrumental is looking toward the Melrose District area for the bar-heavy concept.

However, this news being entirely without soul-searching travel isn’t completely accurate. The group will soon be abroad in Vietnam for culinary inspiration from June 29 to July 6.

But that’s all the guys can say for now, as all will be revealed on August 19 — name, location, menu, everything.

In the meantime, stay tuned to Instrumental Hospitality Group via Instagram.
KEEP PHOENIX NEW TIMES FREE... Since we started Phoenix New Times, it has been defined as the free, independent voice of Phoenix, and we'd like to keep it that way. With local media under siege, it's more important than ever for us to rally support behind funding our local journalism. You can help by participating in our "I Support" program, allowing us to keep offering readers access to our incisive coverage of local news, food and culture with no paywalls.
Make a one-time donation today for as little as $1.