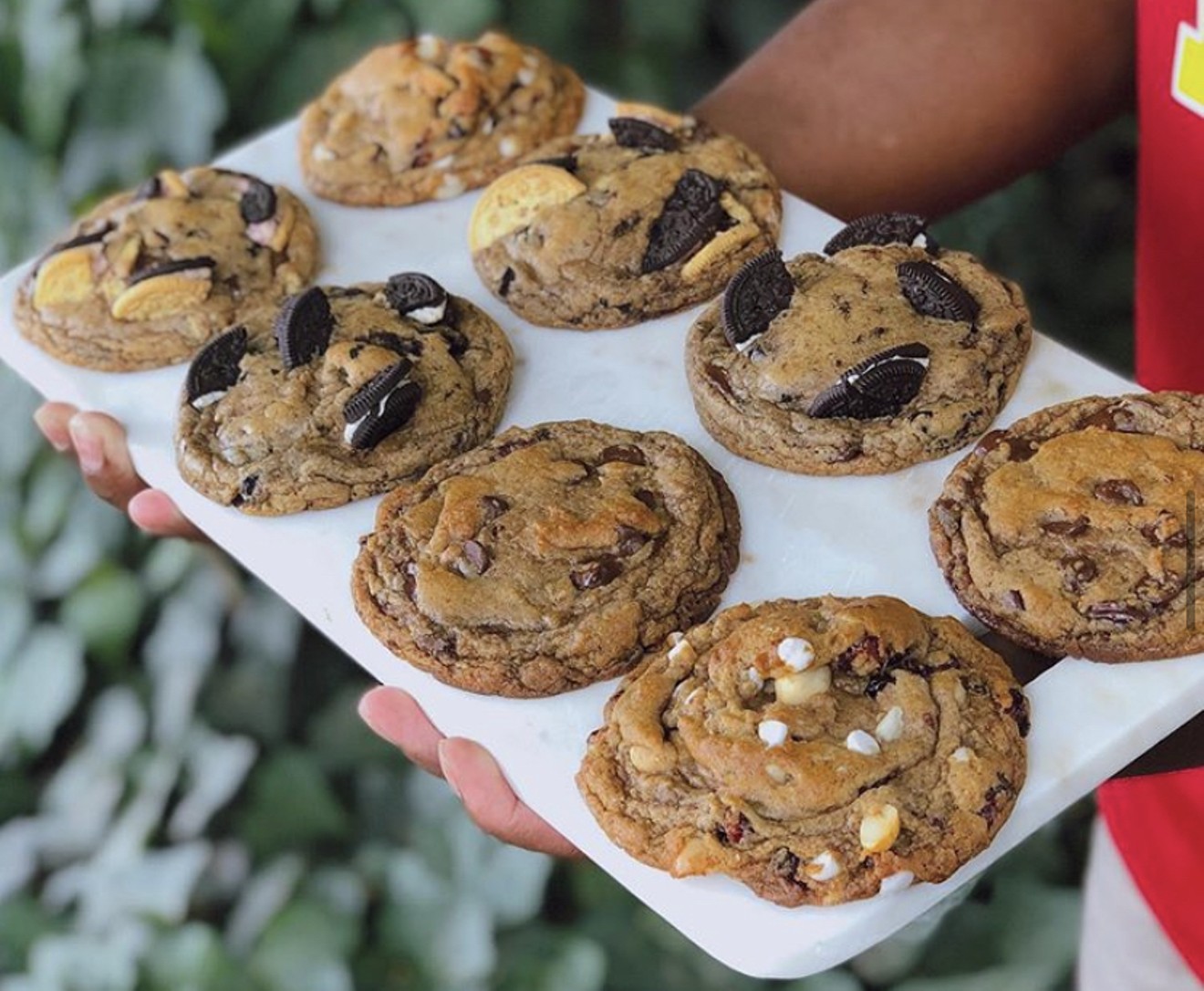 A tray of assorted vegan goodness. Indulge Irresponsibly
Welcome to Chef and Tell, an intermittent series where we trace paths taken by some of Arizona’s more interesting chefs, bakers, butchers, and big personalities of the Phoenix food world to where they are now. Today, we talk with Jozhua Watson of Indulge Irresponsibly.

Watson grappled with ongoing health issues since he was a teenager. By the time he reached his 20s, he was facing high blood pressure, pre-diabetes issues, and kidney problems. He tried different diets before committing to a purely plant-based one in fall 2017. When he dedicated himself to vegan eating, he and his physician saw some health problem reversals.

Though native to Arizona, he lived in Los Angeles while attending University of Southern California. There, he blogged about the food culture in L.A. and vegan versions of his family recipes. He'd end every post with, "indulge irresponsibly." 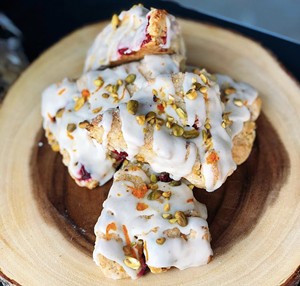 Cranberry, orange, and roasted pistachio scones — one of Watson's favorites.
Indulge Irresponsibly
After finishing school, he moved back to Arizona in the summer of 2018 to begin teaching — and baking. By November, he was a vendor at the Sixth Street Farmers’ Market in Tempe under the name Indulge Irresponsibly. A business was officially born, but it took some convincing.

An introvert, he preferred to sell from home, as there were plenty of what-ifs floating in his mind. What if people didn’t come to his booth? What if he wasn't good enough?

“Eventually, I decided to psych myself up and do it anyway,” he says. It paid off. He had an overwhelmingly positive response to his vegan treats.

Some examples of the products are cinnamon rolls, cookies, and the jalapeño cheddar bread, which will make your day if you are vegan or dairy intolerant. Watson offers seasonal and specialty-flavor baked goods. During cooler seasons, he bakes his Mexican hot chocolate cinnamon rolls. In the summer months, you’ll find cactus or citrus-flavored rolls.

His decision to sell baked goods was mostly about logistics. Arizona's Cottage Food Program is a little easier on home baking businesses. Via the Arizona Department of Health Services, the program, "allows individuals to make homemade products that are neither potentially hazardous nor Time or Temperature Control for Safety (TCS) Foods, and offer them for commercial sale."

Recipes came from his father and grandmother.

He recalled his grandmother, who is part Native American, making fry bread. "She’d get the flour from the local flour mill,” Watson says. “My dad baked for fun, too, so I was just using a lot of the recipes of my childhood and turning them vegan.”

This was no easy feat. He had to find replacements to address both technique and flavor. For instance, he had to find an alternative binding agent in place of eggs. And the cheese he uses is mostly nut-based, specifically cashew. 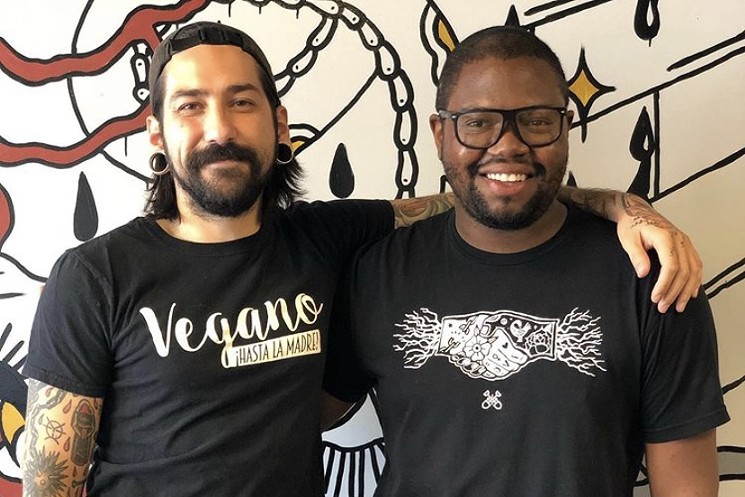 A portion of his proceeds goes toward community initiatives he personally supports. One isTiger Mountain Foundation, which empowers low-income communities in south Phoenix through urban gardens and incubator farms. The next one will be Urban Farming Education, which provides farming education to low socioeconomic neighborhoods and communities. 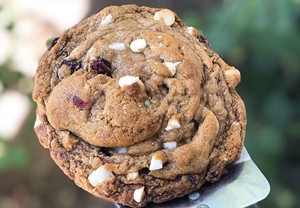 A vegan white chocolate, macadamia nut, and cranberry cookie.
Indulge Irresponsibly
In addition to supporting these initiatives, Watson has started his own community efforts.

“When the pandemic started, bakers couldn't find flour. I had a flour mill at home," he says. "So I’d get my grains from a farmer in Tucson, mill the flour, and give it to the bakers in Phoenix.”

For more information, see the Indulge Irresponsibly website.
KEEP PHOENIX NEW TIMES FREE... Since we started Phoenix New Times, it has been defined as the free, independent voice of Phoenix, and we'd like to keep it that way. With local media under siege, it's more important than ever for us to rally support behind funding our local journalism. You can help by participating in our "I Support" program, allowing us to keep offering readers access to our incisive coverage of local news, food and culture with no paywalls.
Make a one-time donation today for as little as $1.