These Classic Valley Restaurants are Closing Soon. How to Visit for The Last Time 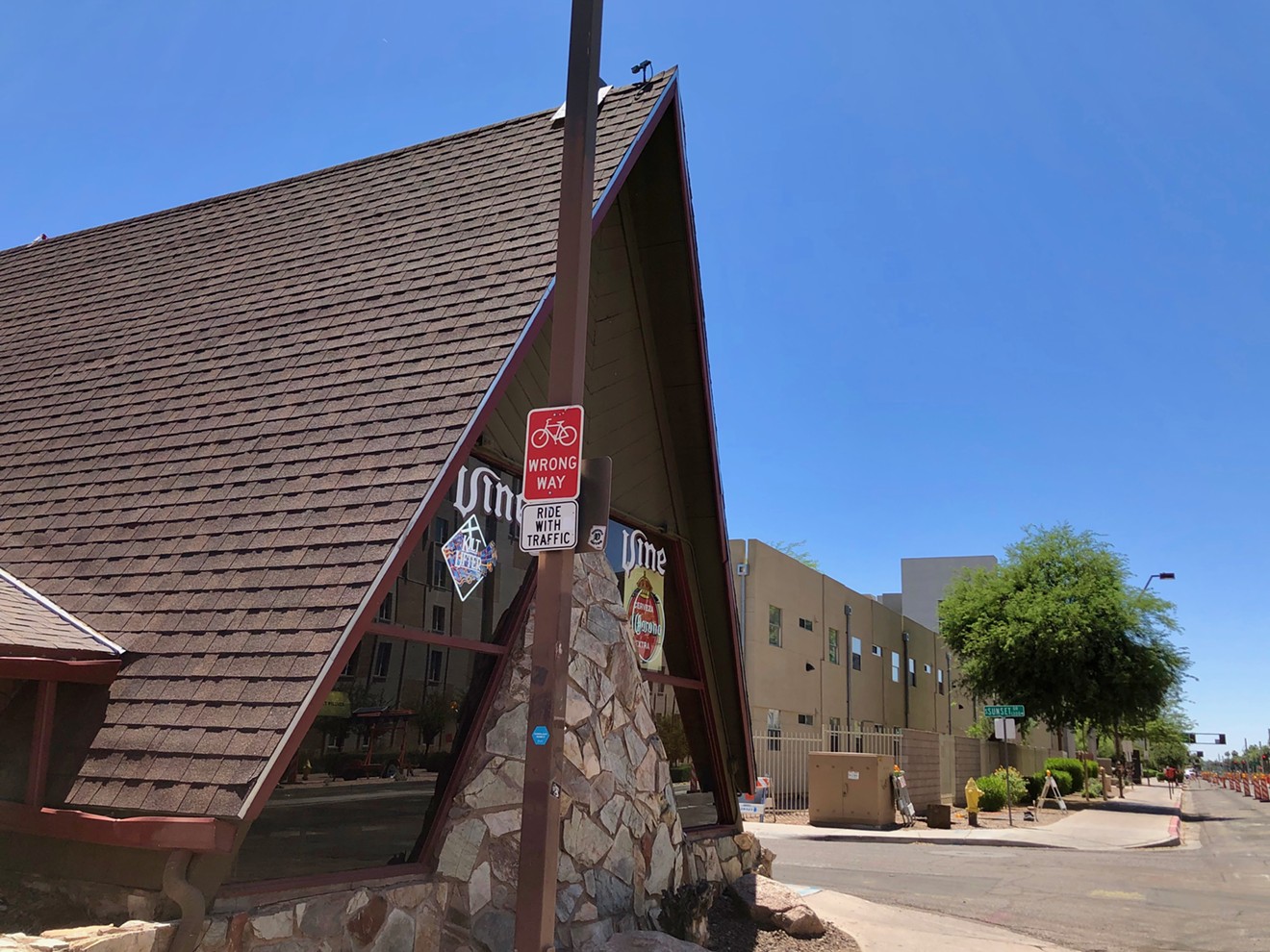 The Vine Tavern & Eatery. Lauren Cusimano
Everyone has a favorite restaurant to meet friends, a bar where the bartender knows their name and drink order, or maybe a charming tea house they used to frequent with their grandmother. But even classic spots like these don't last forever. Four long-standing, popular Valley restaurants are closing this month.

The Vine Tavern & Eatery, a regular hangout for students at Arizona State University's Tempe campus, located on Apache and Rural Roads, and Desert Eagle Brewing on downtown Mesa's Main Street are shutting their doors by the end of July. The Spicery in Our 1895 Home, a lunch and afternoon tea restaurant in the Catlin Court Historic District in Glendale, and Texas BBQ House AZ in Phoenix are also bidding farewell later this month.

These spots aren't closed quite yet. Customers still have a chance to stop by and chug a cold one, down some St. Louis ribs, or sip on some tea while they nosh on cherry cheesecake, but not for very long. Here's what you need to know.

“We have made our decision to close out here in AZ and move to Kansas to be with our family and grandkids. We welcome our next adventures. We have made some great memories, have met some wonderful people, and made some lifelong friendships,” a Facebook post announcing the restaurant’s closure read, welcoming customers to enjoy a last meal or two and say their goodbyes.

Wednesday nights at the discernible A-frame bar are especially raucous, with $1 drink specials allowing broke college students to get blasted without breaking the bank. The dive bar is also known for its house-made apple pie shots, wild St. Patrick's Day celebrations, and chicken wings, with flavors including classic buffalo, mango habanero, and Asian garlic. Its last day in business will be July 23, an employee at the south Tempe location of The Vine confirmed.

The South Tempe restaurant, located on Elliot and Rural Roads, will remain open. The chain also has another restaurant in the works. Taking over a former Angry Crab Shack at 3820 East Ray Road in Ahwatukee, a new Vine Tavern is set to open in September, according to a city council document from the City of Phoenix.

"I firmly believe opening a Vine Tavern & Eatery in the Ahwatukee area of Phoenix will fill a void with an affordable, family friendly, full service restaurant,” Trent Robertson, the Apache eatery's general manager wrote in the liquor license application.

150 West Main Street, Mesa
480-656-2662
Wednesdays and Thursdays, 3 to 9 p.m., Fridays, 3 to 10 p.m., Saturdays, 11 a.m. to 10 p.m., Sundays, noon to 6 p.m.
Desert Eagle Brewing has been open for nearly a decade on Main Street in the heart of downtown Mesa, but its doors are closing on July 30. The brewery, which debuted in October 2012, offers a wide variety of craft beers, from the Pomegranate Wheat, a golden Bavarian Hefeweizen, to the Buzz Bomb IPA, a hoppy brew with caramel malts and a complex body.

"After 10+ years serving as Mesa’s first Microbrewery and the countless Laughs, Brews, Music, and Tasting Flight stars – Desert Eagle Brewing Company will be CLOSING PERMANENTLY on July 30th 2022," the business wrote in a Friday Facebook post, followed by a broken heart emoji. Desert Eagle invited its customers to party with them during their last month in business.

Go for afternoon tea at the Spicery in Our 1895 Home until the end of July.
Lauren Cusimano

7141 North 59th Avenue, Glendale
623-937-6534
Thursdays through Sundays, 11:30 a.m. and 1:30 p.m.
The Spicery in Our 1895 Home, a cute green-painted house in Glendale's Catlin Court Historic District that serves afternoon tea accompanied by homemade quiches, scones, and delicate cheesecake topped with cherries, is bidding farewell on July 31. The business, which opened in 1987 and was known as much for its friendly service as its take-you-back-in-time atmosphere, announced its closure in a June 27 Facebook post.

As patrons lamented the closure of the eatery, which has become a family tradition for some, the business responded to its loyal guests, "Thank you for the wonderful comments! It has been a great time."

Regular hours ended on July 2, but the restaurant is open for a three-course "Farewell Tea" Thursdays through Sundays until July 31 with advanced reservations required. Adult tea is $30 and children's tea is $25, excluding tax and tip.