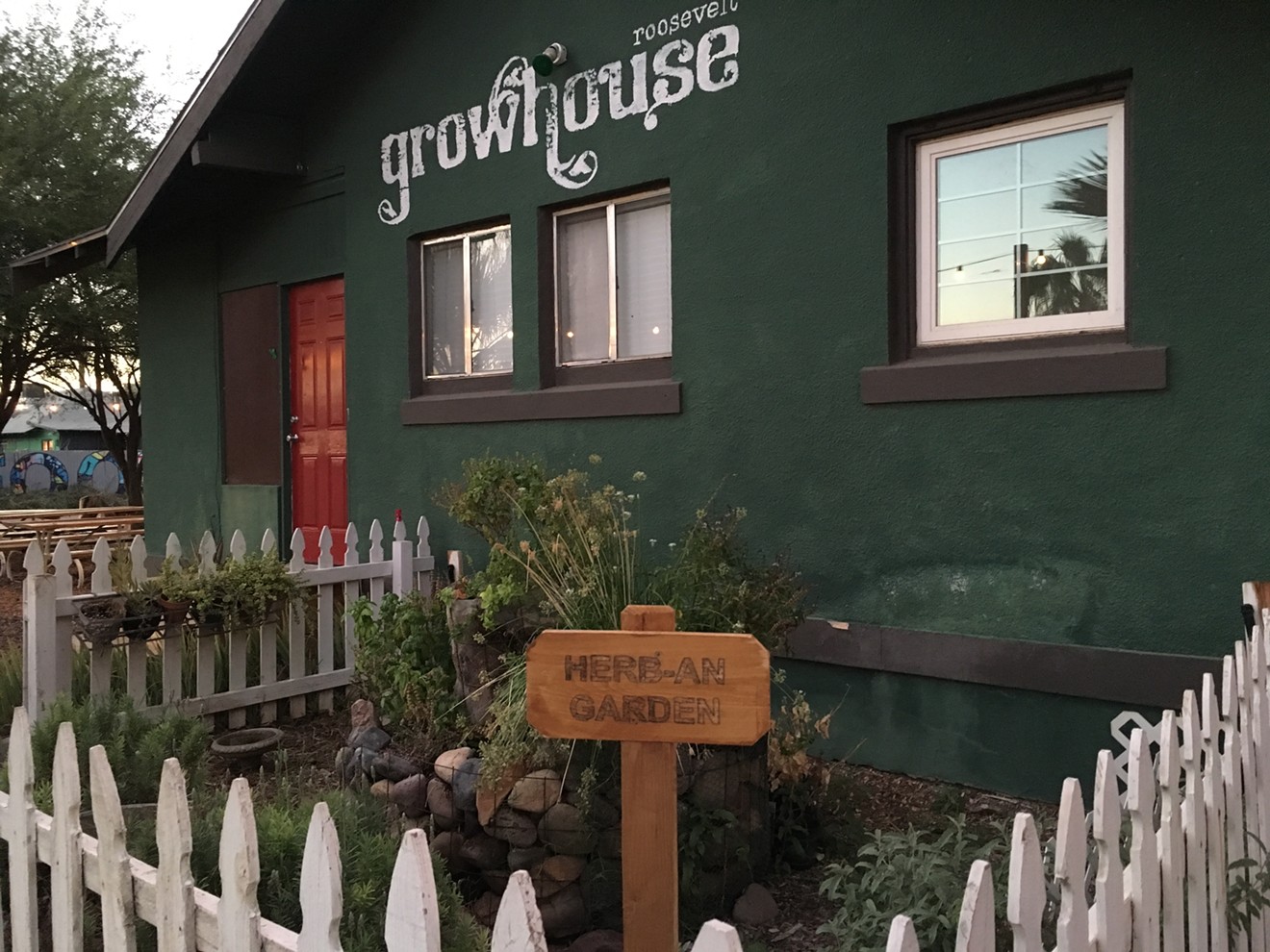 Former home of Roosevelt Growhouse and GROWop Boutique on Sixth Street. Lynn Trimble
Roosevelt Growhouse will get a new temporary home, following a February 1 Phoenix City Council vote to authorize the Roosevelt Row CDC to use land on the Knipe House property at 1025 North Second Street in the Evans Churchill neighborhood of downtown Phoenix.

The Roosevelt Row CDC will be working with Roosevelt Growhouse co-founder Kenny Barrett to repurpose the space through community gardening and related programs, says Christine Mackay, director of community and economic development for the City of Phoenix.

The news follows months of uncertainty for Growhouse, the urban garden Barrett founded in 2008 with fellow artist Kelly Placke. Land around Knipe House will be temporarily activated by Roosevelt Growhouse.
Lynn Trimble
On October 28, 2016, owners Kenny Barrett and Joshua Hahn announced that Roosevelt Growhouse and GROWop Boutique would be closing. Both the urban farm and cooperative retail boutique were situated on land sold to Chandler-based Viking Development for a project called the Blocks of Roosevelt Row.

In recent years, several new developments have launched in Roosevelt Row, a section of downtown Phoenix lauded as one of the country’s best art districts and neighborhoods. The developments have affected several businesses and shuttered art galleries including Five15 Arts.

They’ve been looking at new sites for several months, says Barrett, who hoped to find another location in Roosevelt Row where they’d be able to stay for more than just a couple of years. “We couldn’t find anything more permanent,” Barrett says.

The City Council granted the Roosevelt Row CDC an initial nine-month period for using the Knipe House property on February 1, with possible monthly renewals until the City is ready to implement another use for the property, says Mackay. The Knipe House sitting on a barren lot Roosevelt Growhouse plans to activate with Roosevelt Row CDC.
Lynn Trimble
The authorization does not include use of the former Knipe House, which others have tried to resurrect following an arson fire in 2010. Developers planning adaptive reuse of the house as a craft brewery and restaurant, as part of a larger mixed-use project that included age- and income-restricted housing, failed to meet a City deadline for starting construction, so that plan was scuttled in early 2015.

The Knipe House solution is only temporary because the City will eventually issue a request for proposal for use of the site, Barrett says. They could apply through the RFP process once it’s open, but there’s no guarantee Barrett and Hahn would be awarded a contract to develop the site.

“This isn’t ideal, but at least it helps us keep Roosevelt Growhouse intact and activate the space for the community," Barrett says.

Barrett says he’ll continue to look for a more permanent solution, even as he continues his involvement with the Phoenix General store founded with Hahn in June 2016.  Down the road, they'd like to revive both Roosevelt Growhouse and GROWop Boutique.

"We hope to spend the next nine months figuring out how we can make the whole project sprout back up in its fullness and hopefully bigger and better," Barrett says. 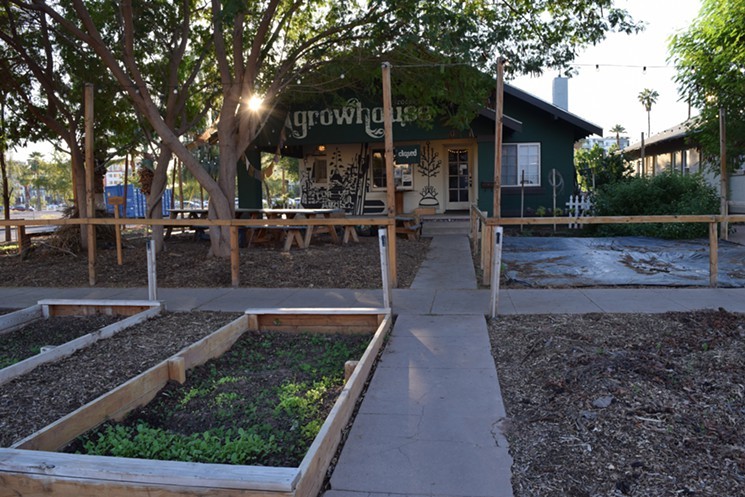 Mackay expects that Roosevelt Growhouse will be able to start planting in February, and Barrett is clearly ready to run with it. First, they'll plant sunflowers and clovers, he says. Both will beautify the property and have tangible benefits for the soil. Eventually, they'll add a sweet potato patch and begin planting other foods.

But Barrett has additional plans for the property as well — including murals on adjacent cinder-block walls and ribbon murals on fences. Community events, including days of volunteer service, will resume once the new site gets established, and students from a nearby high school will continue their internships. For now, Barrett is busy thinking about how to get the Roosevelt Growhouse back up and running on the Knipe House property. "After so many months of uncertainty, we're overwhelmed with joy to be able to put our feet down and grow for a while."