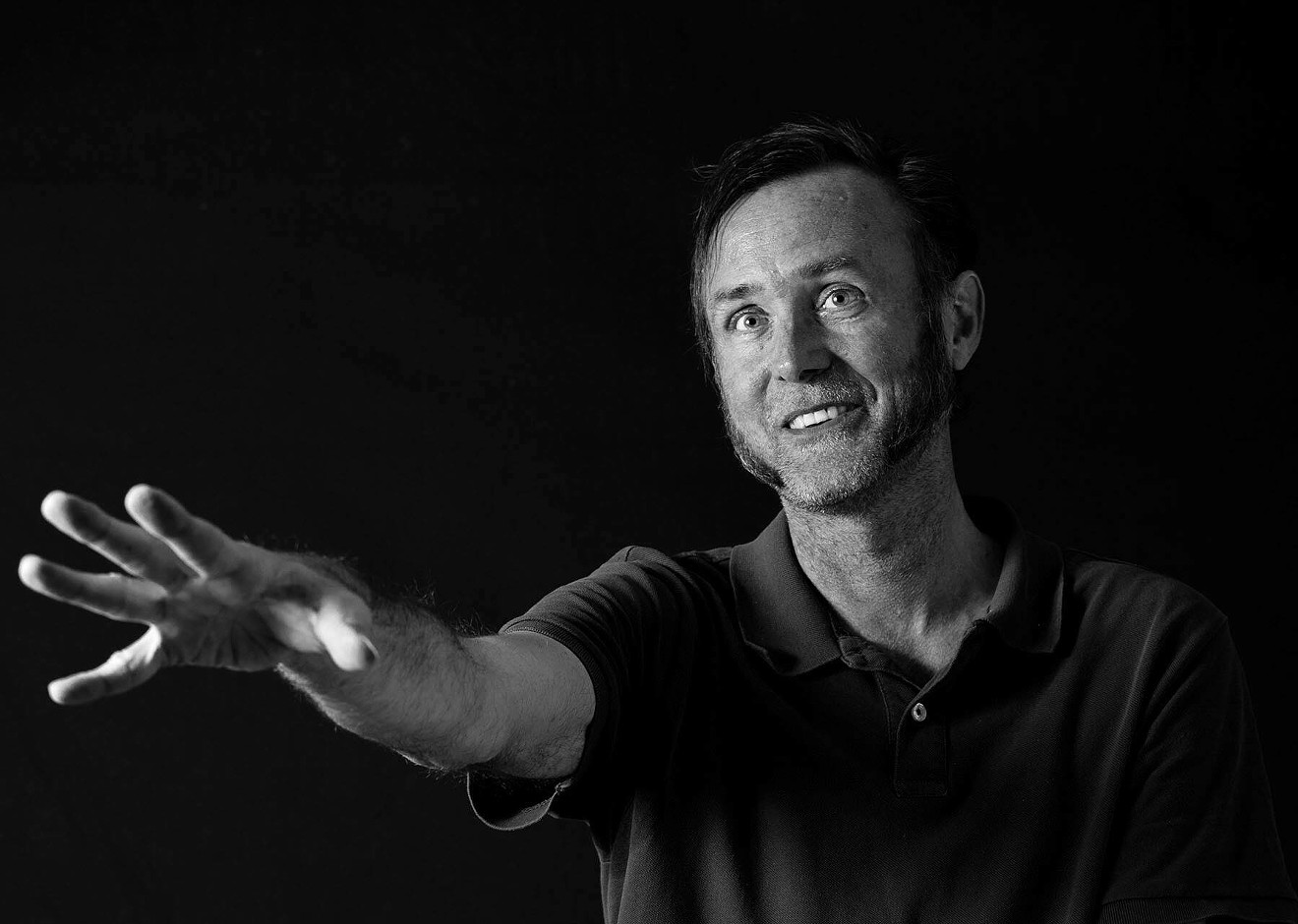 Fleenor died of complications related to a lifelong immune system disorder that affected his lungs, and led to multiple hospitalizations, according to his fiancée Karina Niño de Rivera.

"Despite all that, he was so hungry for life and connection to people," she says. "He was always asking questions about important things and constantly talking about love."

“It's with a huge sadness, and a hole in my heart to let you know that our amazing genius, our beloved brother Devin Fleenor has passed today," she wrote. “Please light a candle for him and those who love him so much."

“Devin was such a warm and present person – as generous and fearless in artistic pursuits as he was in personal interactions,” visual artist Daniel Funkhouser wrote.

“He was one of the most generous, curious, and kind men I have known,” Mary Stephens of ASU Performance in the Borderlands posted. “This is an immeasurable loss for our community.”

Fleenor worked for more than two decades in art and technology.

"I make art because there is no better way to connect with and inspire human beings," he told Phoenix New Times in 2014.

Fleenor was part of the band Mr. Meeble, which performed in Europe in 2011. For live performances, he sometimes wore a custom bodysuit that projected infrared light. Years before, he was part of the local DJ scene.

But Fleenor also spent time protesting former Maricopa County Sheriff Joe Arpaio. In 2012, he made an anti-Arpaio video. Fleenor handcuffed himself to the Fourth Avenue jail to protest Arpaio's policies, and created the popular People Against Joe Arpaio Facebook page.

And Fleenor is being remembered by people who praise both his professional and personal strengths.

“He inspired, and pushed us all to be better, question, listen, and be good,” choreographer Liliana Gomez wrote in a message to New Times. “He pushed us to be doers and serve our communities.”

Painter Abe Zucca took the poetic approach, posting these words on Fleenor’s Facebook page, along with his portrait of the musician: "4 ever in space between. Trans-geometrician, topological troubadour Devin Fleenor."