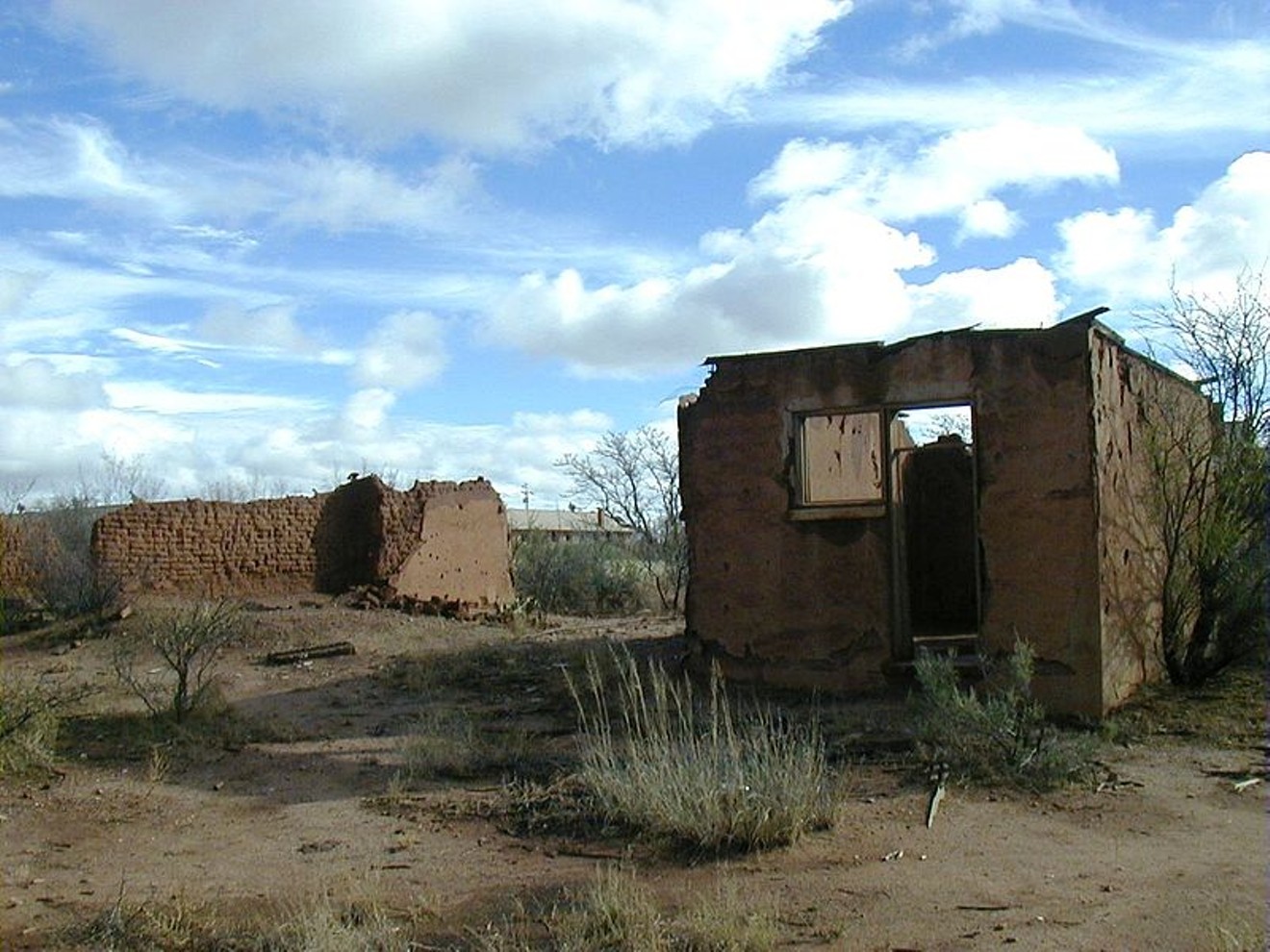 Threaded Thoughts/Creative Commons
The National Trust for Historic Preservation released its annual list of the 11 most endangered historic places around the United States, and a southern Arizona location is included.

Camp Naco near Bisbee is one of the sites on this year's list. A press release from the National Trust for Historic Preservation said, "Camp Naco is a touchstone for the history of the Buffalo Soldiers and the proud tradition of Black military regiments after the Civil War. Constructed by the U.S. Army beginning in 1919, these adobe buildings are the only ones remaining from the 35 permanent camps built during that time along the U.S.-Mexico border.

"After the camp was decommissioned in 1923, the site passed through multiple owners and has suffered from vandalism, exposure, erosion, and fire. The city of Bisbee now owns Camp Naco and is working closely with the Naco Heritage Alliance and other partners to identify critical funding and partnerships to restore the historic camp buildings and revive them for community, tourism, and educational uses."

A site is considered endangered when, "without applied action and immediate advocacy, [it] will be lost or face irreparable damage," according to the organization.

This isn't the first time that an Arizona landmark has made the National Trust for Historic Preservation's annual list. Additional Arizona sites include: Mountain View Black Officer's Club in Fort Huachuca (2013); Oak Flat in Superior and the Grand Canyon (2015); Sunshine Mile in Tucson (2016); and Route 66 (2018).

“These 11 endangered places are facing critical turning points and if they are lost, we will have lost an important part of our collective story,” said Katherine Malone-France, the National Trust’s chief preservation officer. “By including them on this list, we have an opportunity to recognize their significance and fight to protect them, rather than watching them disappear from our national landscape and fade into memory. Through this year's list, we help broaden American identity through places that tell the stories that are profoundly important, but many of them have been historically overlooked or deliberately obscured. Once remembered and recognized, they enrich and deepen our understanding of ourselves as individuals and as an American people.”

For more information on the National Trust for Historic Preservation, visit the organization's website.
KEEP PHOENIX NEW TIMES FREE... Since we started Phoenix New Times, it has been defined as the free, independent voice of Phoenix, and we'd like to keep it that way. With local media under siege, it's more important than ever for us to rally support behind funding our local journalism. You can help by participating in our "I Support" program, allowing us to keep offering readers access to our incisive coverage of local news, food and culture with no paywalls.
Make a one-time donation today for as little as $1.