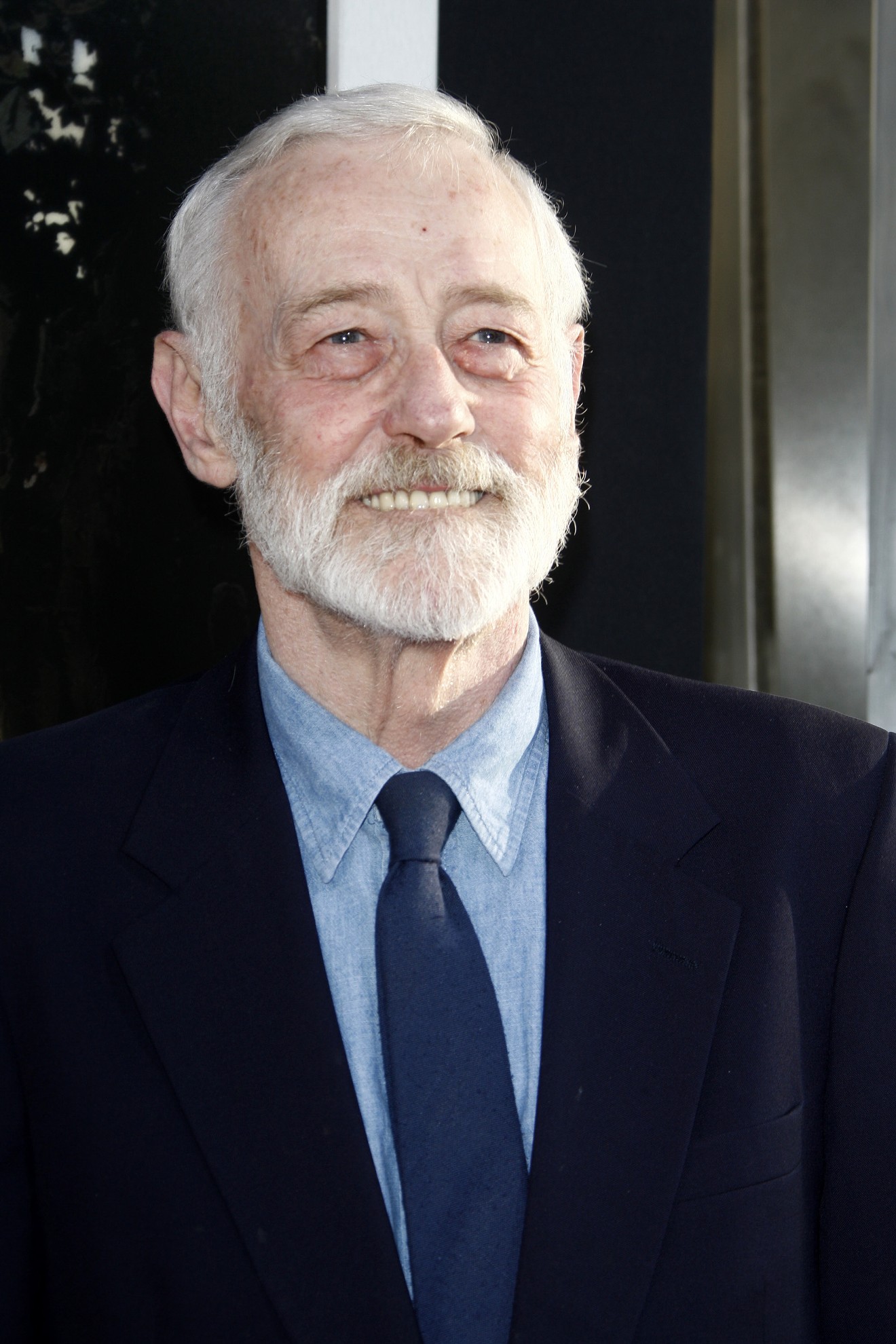 The late actor John Mahoney played the cranky but lovable Martin Crane on Frasier. Kathy Hutchins / Shutterstock.com
Throughout its history, TV has cast a diverse crop of dad characters who ran the gamut from the affable and even-tempered Ozzie Nelson, to the crude and irascible Homer Simpson. With Father's Day on the horizon, we decided to salute one of our favorites: Martin Crane, who dispensed sarcastic one-liners for 11 seasons on the NBC sitcom Frasier, seated in his duct-taped recliner, cold Ballantine beer in one hand, and loyal dog Eddie at the other.

Martin wasn't so much a type as he was the quintessential '90s dad — a cop who served in Korea, and had a regular bar with friends named Duke, Stinky, and Boom-Boom. A widower, Martin mainly devoted his retirement to trying to understand his two wine-loving, snobbish, and overeducated psychiatrist sons, who rarely thanked him for injecting common sense into their pitched and petty dramas.

When actor John Mahoney, who portrayed Martin Crane, died earlier this year of throat cancer, fans of his and the show felt a stir. While there's nothing too surprising about a man in his late 70s passing in hospice, especially after spending so many years on TV as a father with a cane, what is unexpected to some is his incredibly storied career as a theater and television actor — to say nothing of Say Anything…, Moonstruck, Barton Fink, and other films he performed in.

With that, here are some well-publicized accomplishments, and a few surprising facts, about the beloved John Mahoney.

In the first place, he was Martin Crane on Frasier. If you were the type of person who watched a lot of television around the turn of the century in the Phoenix area, Frasier reruns came on for a full hour at 9 p.m. daily, along with new episodes on Thursdays. Thanks to these doses, Martin Crane seemed like your own dad.

Mahoney was cast as "Seattle's reigning sourpuss" — i.e. the wounded ex-detective, widower, and father of Frasier and Niles — from 1993 to 2004. Over the run of the show, the Martin Crane persona blossomed into a hilarious, warm-hearted, Christmas-loving, armchair covering, voice of reason, and ultimate dog dad.

In case you need an example of Mahoney's star power on the sitcom, some of the best Martin moments are found in Frasier episodes like "Head Game" ("I don't like beer"), "Halloween" ("That little mystery solved"), "The Two Mrs. Cranes" (“I remember the first time I drove a moon crane. Damn near rolled it right into the Sea of Tranquillity”), "Dial M for Martin" ("Just keep moving"), "The Secret Admirer" (that freaking bubble wrap scene), and dear God, "High Holidays" (like, every line).


This guy'll have you saying things like "yammering" and "big bazoo" in a gruff voice, tucking in your flannel, and maybe throwing your own Marty Party if you start on a Netflix binge, or run through any YouTube clips.

One surprising piece of information: he was British-born. Mahoney was born on June 20, 1940, in Blackpool, England — specifically the village of Bispham. Funny since we so best know him as the baseball-loving, Ballantine swilling, blue blooded, Road Warrior (the name of his beloved Winnebago) navigating, ex-cop for 11 seasons of Frasier. Mahoney emigrated to the United States  at age 19, and earned American citizenship in 1959.

That means, yes, he was a late bloomer as an actor. Before becoming an actor in his late 30s, Mahoney held a number of jobs like serving in the United States Army and editing a medical journal. It took no less than John Malkovich to encourage Mahoney to join the Steppenwolf Theatre company after seeing his work with St. Nicholas Theater in Chicago.


And he was apparently a natural. Most Frasier fans are surprised to learn Mahoney was presented with a Tony Award in 1986 for his stage work in John Guare's American Playhouse: The House of Blue Leaves. This was for his role as Artie Shaughnessy, the New York zookeeper with big dreams. This before years of patented Marty eye rolls geared toward Niles and Frasier and their theater going.

But much like his many television and film roles, he was apparently a good dude. We're not here to pretend we knew Mahoney personally, but there's evidence out there that he was an incredible friend. Some familiar names have all kinds of good things to say about Mahoney, including Frasier co-star Peri Gilpin, Ben Stiller, and Gary Sinise.

And probably the most surprising fact of all, he was never actually a dad. Another sweet fact: Mahoney was also godfather to the son of Jane Leeves — better known as Daphne Moon on Frasier.
KEEP PHOENIX NEW TIMES FREE... Since we started Phoenix New Times, it has been defined as the free, independent voice of Phoenix, and we'd like to keep it that way. With local media under siege, it's more important than ever for us to rally support behind funding our local journalism. You can help by participating in our "I Support" program, allowing us to keep offering readers access to our incisive coverage of local news, food and culture with no paywalls.
Make a one-time donation today for as little as $1.