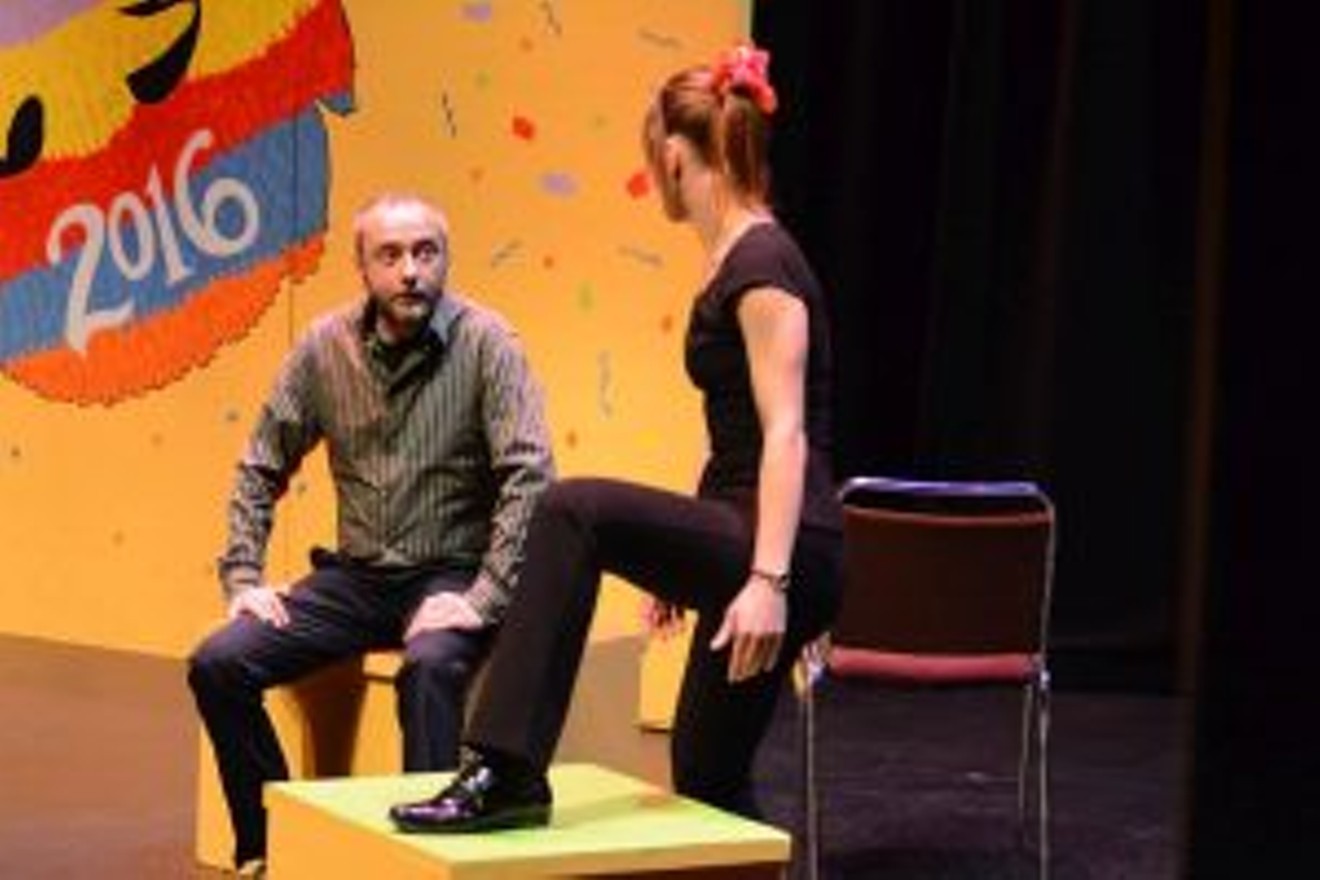 SF's Euro Trash in action Cristobal Photography
Phoenix has one heck of an improv comedy scene. Several Valley troupes perform (and incite laughter) on the regular. Beyond serving up hilarious scenes, members of the local improv scene have been hosting the Phoenix Improv Festival for 16 years now.

The 2017 edition of the fest, taking place April 20 through 22 at Herberger Theater Center, will feature performers from the Phoenix area — and around the world — showing off their skills and keeping audiences entertained.

Managing director (and performer) Jacque Arend says that one of this year’s biggest highlights is a first: a couple of performances by the International Ensemble, which includes performers from Australia, Germany, Canada, Finland, the Netherlands, and the U.S. This team will spend a week together prior to the event, working on their show under the direction of Ireland's Neil Curran. “We are excited for audiences and performers here in the U.S. to get a chance to see what styles of performances are happening in other countries,” Arend says.

That’s not all that’s different this year.

In the past, one of the festival nights is dedicated to local performers. But this time, each night will feature a mix of area acts along with out-of-towners. One of the headlining acts is The Reckoning, a Chicago-born ensemble now based in Los Angeles that's known for their unpredictable shows and the excellent chemistry. It’s their first time at the Phoenix Improv Festival, and Arend says everyone is thrilled to have a group on board that's so seasoned in this medium.

Other visitors include Honey (NYC), Euro Trash, and Liss N’ Sams (San Francisco), Mayhem (Minneapolis), Rollin’ in Riches (Santa Monica), and Natural Born Killaz (Detroit). Light Rail Pirates, Mail Order Bride, MuChuChu, GIF of the Magi, Galapagos, and Spearmint make up some of the local roster. Arend will be performing in the first three of those troupes.

Having the event at the Herberger is another notable bonus for Arend. “It’s great to see alternative theater in a professional theater venue – it elevates the art.”

For performer details and a complete schedule, visit the Phoenix Improv Festival website. Tickets range from $10 to $20.