Catch Mark Zubia Backed by the Black Moods This Weekend 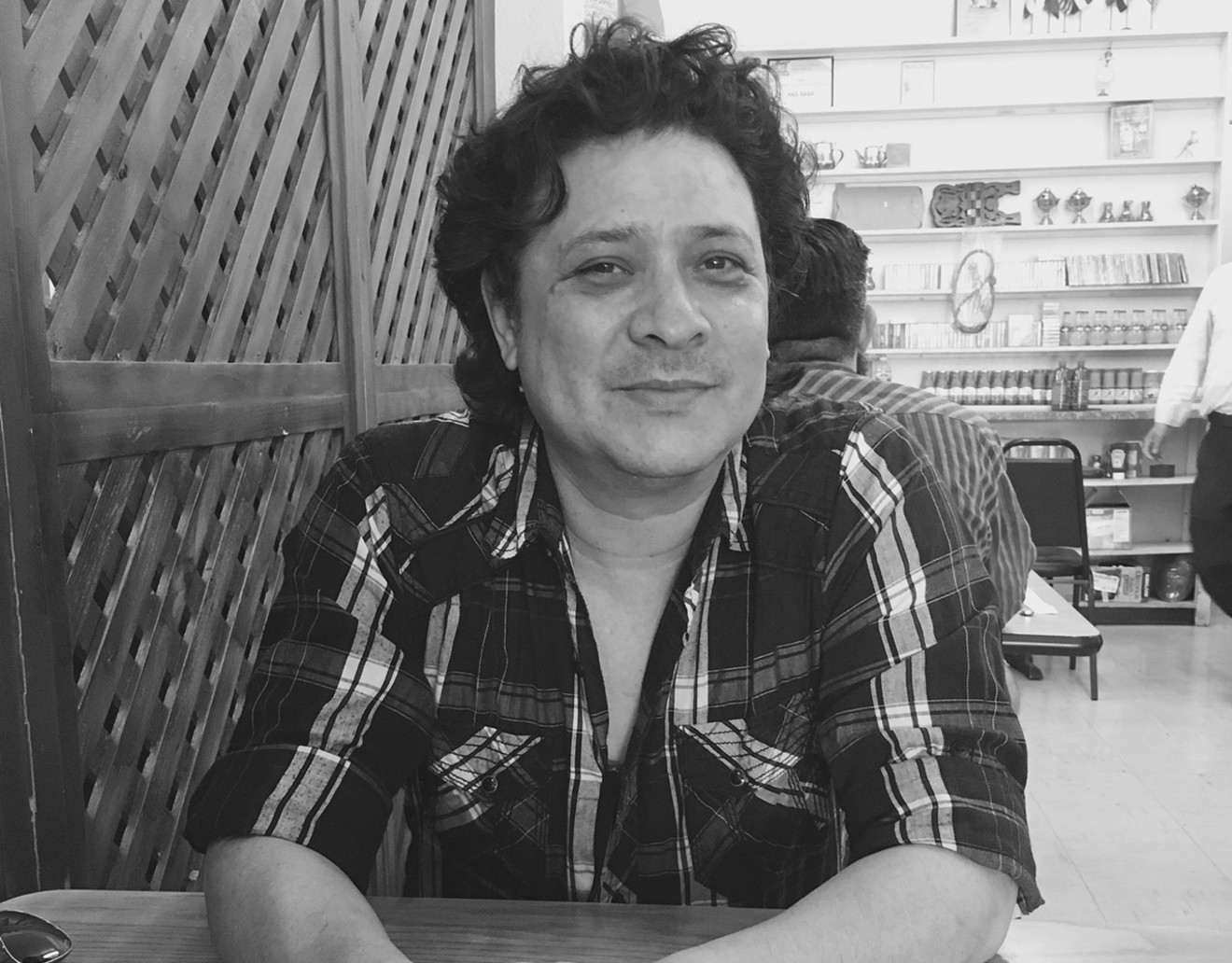 When Mark Zubia debuted his latest EP, Zubia, in late March, concerts still weren't happening much around Phoenix. Not to mention, Zubia was in the middle of student-teaching to complete a degree in music education. It wasn't the best time to have an EP release show.

But now, almost three months later, the semester is over, the local concert scene has opened back up, and it's time to celebrate.

The release show for Zubia is tomorrow, Saturday, June 19, at Last Exit Live in central Phoenix, and it will include far more than just the tunes on the latest album. Zubia, a staple of the local music scene for three decades, says that he'll be playing songs from previous projects The Pistoleros and Los Guys as well.

The cover of the Zubia EP.
Mark Zubia
That's not to say that the songs on Zubia aren't the draw. The six-track EP, which Zubia wrote with Will Prinzi of Fervor Records in 2018 and 2019, is a wise, weary, deeply felt collection of songs about love and loss and the consequences of each. (Fervor produced and released the album.) Attendees will almost certainly get to hear "Bleed" and "Loser's Game," both of which were featured on Showtime's Shameless Hall of Shame.

The songs on the album are a little bit indie rock, a little bit alt-country. The opener, "Carry You Home," has a western twang (as does the closer, "Hard on My Heart"), while "Fight or Flight," which Zubia wrote with Jesse Valenzuela of the Gin Blossoms, is moody and a bit jazzy.

"It was a rewarding but interesting process, because I didn’t know Will at all, but here we are writing together," Zubia says. "Will came in with a couple songs that we finished together. I came in with one I wrote with Jesse, and three other ones. I’d written a bunch of them, but you've got to write 20 to get six."

For the Last Exit Live show, Zubia will be backed up by The Black Moods, the local rock trio that's steadily gaining national attention. (Rock Bottom Bros are also on the bill.)

Even before the EP release show is in the rearview mirror, Zubia is looking ahead to his next project. He plays several times a week at venues around town like Old Town Tavern in Scottsdale, where Valenzuela is a frequent co-performer, and Marauders in Tempe. He plans to substitute teach in the fall.

Zubia, right, and Jesse Valenzuela of the Gin Blossoms play a Tuesday night gig at Old Town Tavern in Scottsdale.
Jennifer Goldberg
And he's already begun work on his next EP, this time with Phoenix music scene veteran Bruce Connole.

"We're just doing an EP," Zubia says. "I think we have four solid songs so far; we’re going for six. We're getting together every week and making progress."


Mark Zubia with The Black Moods. Saturday, June 19. Last Exit Live, 717 South Central Avenue. Doors at 8 p.m., show at 9 p.m. Tickets are $10 in advance and $15 day of show. Visit lastexitlive.com.
KEEP PHOENIX NEW TIMES FREE... Since we started Phoenix New Times, it has been defined as the free, independent voice of Phoenix, and we'd like to keep it that way. With local media under siege, it's more important than ever for us to rally support behind funding our local journalism. You can help by participating in our "I Support" program, allowing us to keep offering readers access to our incisive coverage of local news, food and culture with no paywalls.
Make a one-time donation today for as little as $1.