The Senators' Latest Album Was Three Years in the Making 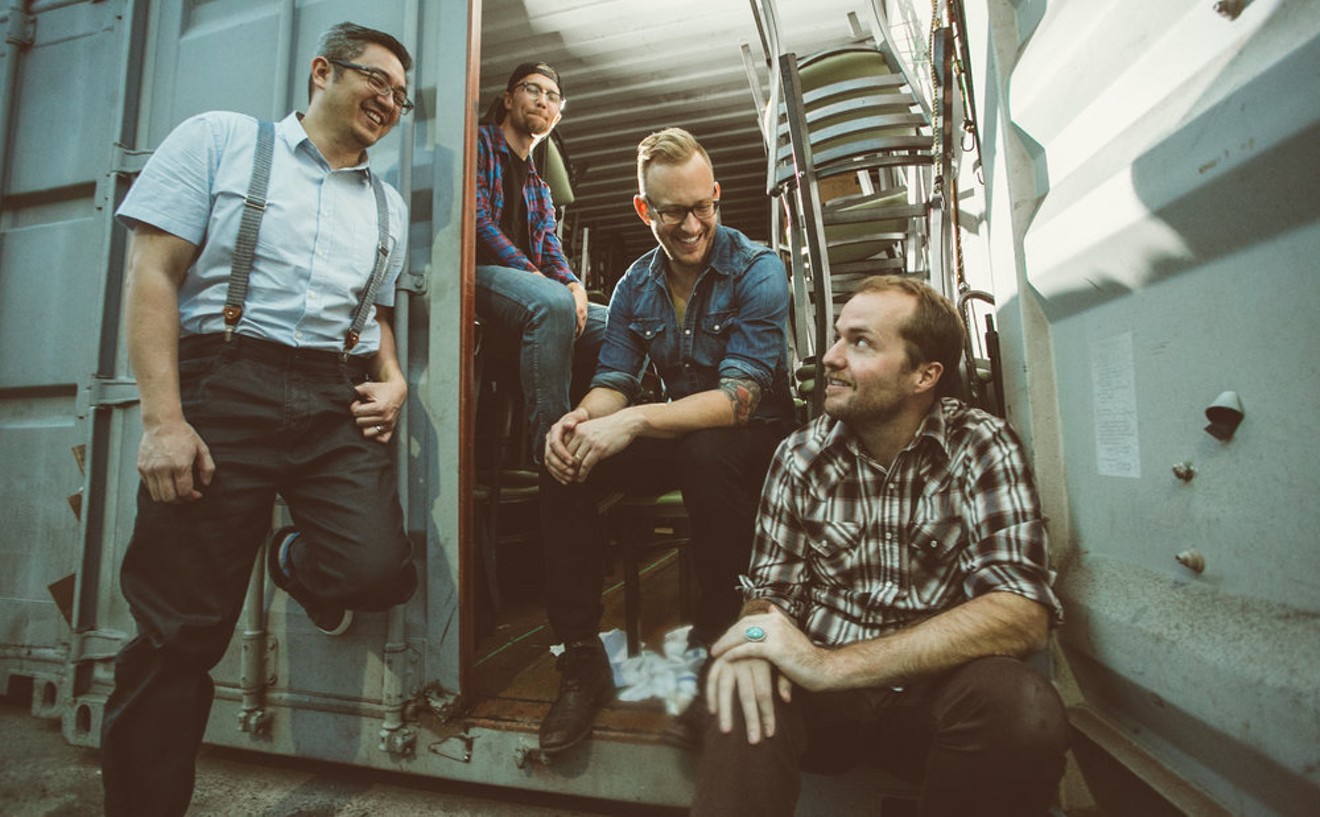 The Senators have been plenty busy this year despite the pandemic. zOa Photography


Wild Wide Open, the latest album by local band The Senators, is new — and it's not.

Though it was just released last week, it was recorded in 2017.

"It’s a long time coming," says band member Jesse Teer. He says the first single off Wild Wide Open dropped in 2019, then the release date got pushed, and then the pandemic hit.

Still, good things come to those who wait, and Wild Wide Open finally debuted on October 28.

Though the band are local, they chose to go to a barn in upstate New York to record the album with Simone Felice of folk rock band The Felice Brothers; he's also produced albums for artists including The Lumineers and The Avett Brothers.

"I’m a huge proponent of Phoenix-based art and working with guys from Arizona, because we have some great engineers and great producers in-state," Teer says. It was kind of a hard decision to go, but then when we got to work with Simone, we were like, 'Well, we gotta go there.'"

The result is a 10-song LP full of wistful lyrics and folksy sounds that would make a great soundtrack for a road trip through sunshine-y climates.

The cover of Wild Wide Open.
Danielle Hacche
The importance of place is in fact a major theme in the album, Teer says.

"Without thinking about it, we were writing a lot about place and space, and how that’s more important than I have ever given it credit for in my own personal thoughts about my development. ... So we didn’t record it in Arizona, but much of it is about this city and this place."

By way of example, "Indiana," the first track on the album, was inspired by Teer's family. His parents left the Midwest and moved to Phoenix in the early '80s, when Teer was a young child.

"It captures a moment where [my father] had never really been much out of Indiana before," Teer says. "He’s always talked about that experience of seeing the desert and seeing Moab [ in Utah] and some of these places and — if you’re from Indiana, which is not super-remarkable, but beautiful in its own way, I guess — the impact the place has on him and how that affected him."

It also contemplates the sacrifices parents make for and the legacy they leave their children, a theme that resonates with Teer, who has a young son.

"'Indiana' is really about finding your places as adults, learning to operate in the world in a way that’s way more independent and scary. Even when I thought I was grown, it didn’t mean the same as when I was holding a little boy," he says.

Being at home with a toddler during the pandemic didn't stop Teer from being musically productive; he and the rest of the band have been working quite a bit over the last several months.

"It kind of gave us the freedom to go crazy and write a ton. We have two more albums we’re writing at the same time. Our heads are a little cloudy, but it’s good to work. It got us through the lonely days there," says Teer.

In the meantime, The Senators recently filmed a five-song dark-stage set at the Orpheum Theatre in downtown Phoenix; they'll be releasing the videos in the near future.

"The way that [the songs] are written on the album is not the way we shot video for them now, so I think it’ll be nice to be able to take something that we know really well, and that we’ve toured on and we’ve played, but show a new light to them," Teer says.

While The Senators have no local shows on their calendar at the moment, if you're up for a road trip, the band are performing at 2 p.m. on Saturday, November 7, at the outdoor amphitheater at the Highlands Center for Natural History, 1375 South Walker Street, Prescott, as part of the Folk Sessions concert series. Tickets are $25 and can be purchased here.
KEEP PHOENIX NEW TIMES FREE... Since we started Phoenix New Times, it has been defined as the free, independent voice of Phoenix, and we'd like to keep it that way. With local media under siege, it's more important than ever for us to rally support behind funding our local journalism. You can help by participating in our "I Support" program, allowing us to keep offering readers access to our incisive coverage of local news, food and culture with no paywalls.
Make a one-time donation today for as little as $1.