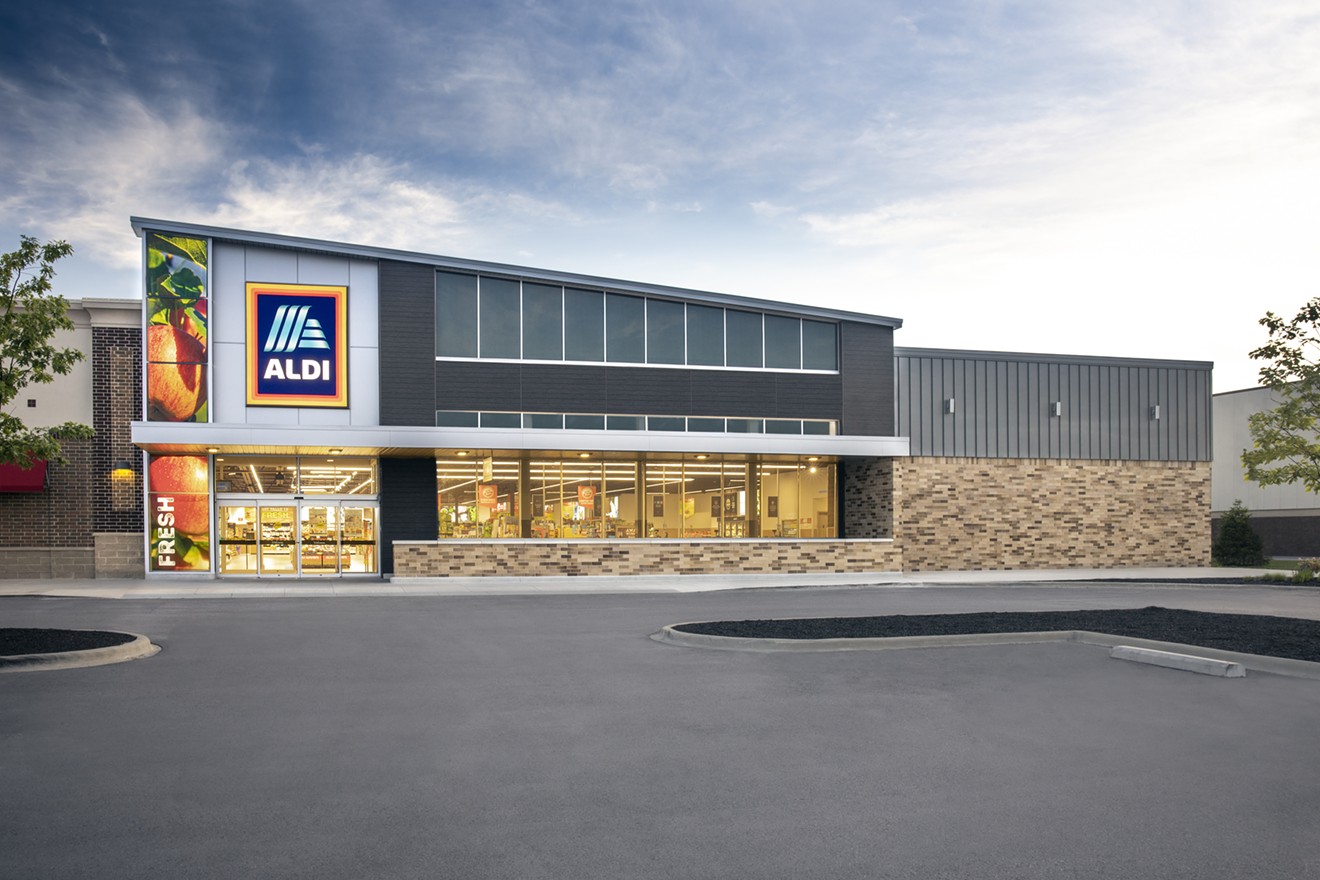 Four ALDI locations are coming to Phoenix. ALDI
ALDI is in the midst of something like a westward expansion. The discount grocery store chain says it will open 70 new locations in 2020. Part of that includes setting up shop in Arizona, its 37th state. Four new ALDI stores are planned for the metro Phoenix area — two in the west Valley, two in the east — by the end of the year.

Two ALDI locations will open in November: 24665 North Lake Pleasant Parkway in Peoria and 2844 South Alma School Road in Chandler. A couple more will follow in December, at 845 North Estrella Parkway in Goodyear and 1801 East Pecos Road in Gilbert. 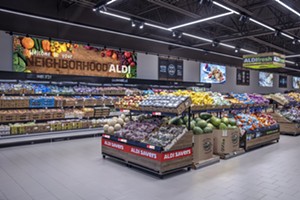 Beyond 2020, ALDI says it intends to open 11 additional locations in the Phoenix area.

“Each new store is an opportunity to serve another community, which is an honor and responsibility we do not take lightly,” says Jason Hart, the ALDI U.S. CEO, in a press release. “As we continue to expand, we promise to do everything in our power to offer the lowest prices, every day, without exception. In fact, as food costs are rising across the country, we’re lowering prices on hundreds of items to meet our customers’ increased need for savings.”

For those unfamiliar with the chain, it's well known that ALDI is a leaner operation. Products (about 90 percent of which will be ALDI brands), registers, and that's it. You won’t spot a pharmacy or Starbucks onsite. Customers are also encouraged to bring reusable bags and bag their own groceries.

ALDI was first established in 1961 in Germany but has had a stateside presence since 1976 when a location was opened in Iowa. ALDI also recently passed its 2,000-store mark and will be opening a new regional headquarters and distribution center in Loxley, Alabama in 2021.

For more information, see the ALDI website.
KEEP PHOENIX NEW TIMES FREE... Since we started Phoenix New Times, it has been defined as the free, independent voice of Phoenix, and we'd like to keep it that way. With local media under siege, it's more important than ever for us to rally support behind funding our local journalism. You can help by participating in our "I Support" program, allowing us to keep offering readers access to our incisive coverage of local news, food and culture with no paywalls.
Make a one-time donation today for as little as $1.