With Heavy Hitters Lined Up, Agritopia's Epicenter Is Set to Be a Major Valley Dining Hub 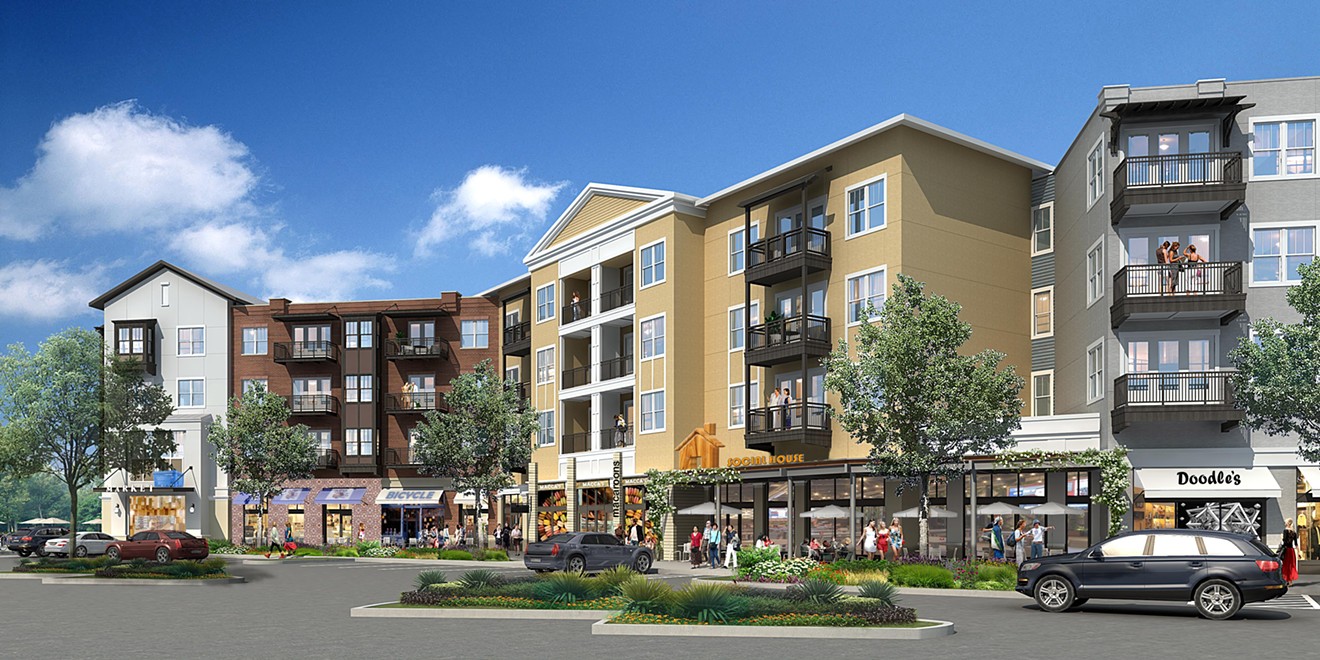 Long home to retail and dining options, Agritopia — the 11-acre organic farm and mixed-use development in Gilbert — is set to dramatically expand its culinary footprint later this year (or early next) through a new project called Epicenter.

What's coming: In addition to adding 300 luxury apartment units and a variety of local retail tenants, Epicenter has lined up several notable Phoenix food and drink operators to round out the development. Those include Matt's Big Breakfast, Peixoto Coffee, Gadzooks, Raw Organic Juice, Spinato's Pizzeria, and more. The full list of tenants lined up to date can be found here.

Booze options: Business partners Justin Evans and Tony Fatica will open a bottle shop called Beer Barn at Epicenter. Evans — who used to live in Lyon's Gate, a neighborhood near Agritopia — already operates multiple well-known beer bars, including The Sleepy Whale in Chandler, Roosevelt Row’s The Theodore, The Wandering Tortoise in central Phoenix, and The Golden Pineapple in Tempe. He says it's been "special" to work with Joe Johnston, Agritopia's founder. “He’s an idol to us,” Evans says. Fatica says the Johnstons (Joe's son, William, is CEO) gave them "complete creative control" over designing their storefront, "which almost never happens in a new development," Fatica says.

Another Epicenter suite will be occupied by Jason Asher and the Barter & Shake Creative Hospitality crew, which will open a second location of the popular Tiki bar UnderTow. Asher says he'd been planning to expand the business and wanted to give people outside of Arcadia easier access to the UnderTow experience. “We’ve been discussing [opening an UnderTow location] with the Johnstons off and on for several years," Asher says. "This seemed like the right opportunity.” The new location will have the same menu, but a different look from the original, which is technically no more after moving into the neighboring Century Grand last fall. (The original locale is now 36 Below in the Sip Coffee & Beer basement).

Belly up: Belly Kitchen & Bar — one of the best Valley restaurants to open in 2020 — will also be in the mix. Former Welcome Diner chef Michael Babcock opened Belly, his first Vietnamese bar and restaurant, late last year with business partners Wayne Coats, Paul Waxman, and Robert Cissell. (In fact, Belly will offer dine-in services for the first time tomorrow, February 24.) Belly 2.0 at Agritopia will be bigger than the Melrose District original and have an expanded menu of food, beer, and wine. “[Epicenter] feels in line with the goals that myself and my partners have always sought to achieve, which is to create a company with really cool restaurants, in really cool spaces, in really cool parts of town," Babcock says. "I feel great about it."

When you can go: Right now, Epicenter's opening is targeted for later this fall and early 2022.
KEEP PHOENIX NEW TIMES FREE... Since we started Phoenix New Times, it has been defined as the free, independent voice of Phoenix, and we'd like to keep it that way. With local media under siege, it's more important than ever for us to rally support behind funding our local journalism. You can help by participating in our "I Support" program, allowing us to keep offering readers access to our incisive coverage of local news, food and culture with no paywalls.
Make a one-time donation today for as little as $1.