Big changes are in store at Trapp Haus BBQ on Roosevelt Row. Trapp Haus BBQ
If you've ever dreamed of owning and operating your own food truck, now you can learn from one of the best.

A Bronx native, Johnson started in competitive barbecue prior to operating a successful food truck business and eventually opening Trapp Haus BBQ in 2018. He has appeared on multiple cooking and competition shows, as well appeared on local and national outlets including numerous appearances on NBC’s Today Show.

Anyone interested in the mentorship program should send a 500-word essay to Johnson explaining why they should be chosen, what kind of truck they want to start, their background and experience, and three goals they would hope to achieve in the program.

Submissions can be sent to [email protected]

Johnson says he will pick the winners beginning January 1. For those selected, the mentorship is free of charge.

Along with the mentorship program, Johnson plans to launch a pair of his own new food truck concepts in early 2022 that will “bring the flavors of New York and the entire East Coast to West Coast diners,” he says. 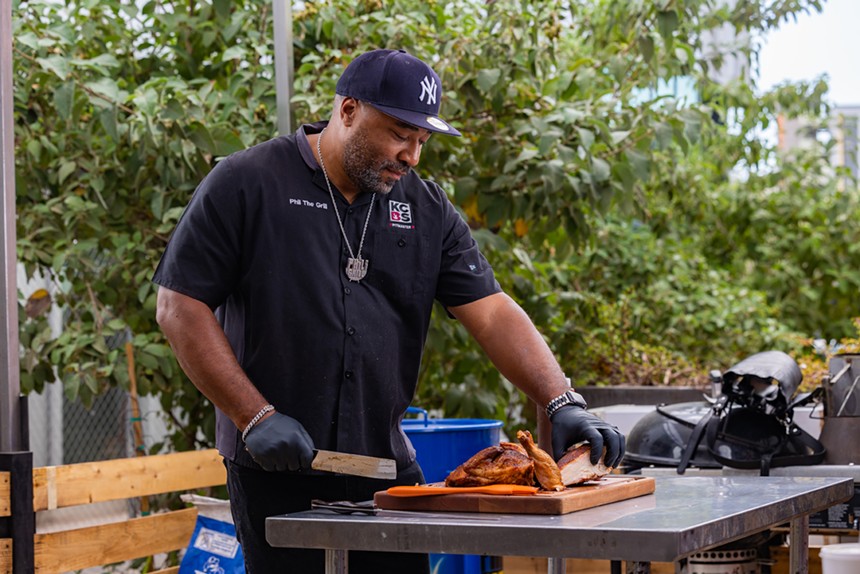 Trapp Haus BBQ is also currently expanding its storefront to improve the dining experience for both on-the-go and dine-in customers, the restaurant announced recently.

Johnson says the total cost of the expansion is around $50,000. Improvements will include self-service kiosks for DIY ordering, a streamlined online ordering system, a pick-up window for to-go orders, a remodeled dining room, and a full bar that will offer to-go cocktails.

“This expansion is going to be an all-new Trapp, with easier ordering and faster food service,” Johnson says. “But it will still have the same family-style BBQ environment that people come here for.”

The expansion is set to be complete by January 2022.
KEEP PHOENIX NEW TIMES FREE... Since we started Phoenix New Times, it has been defined as the free, independent voice of Phoenix, and we'd like to keep it that way. With local media under siege, it's more important than ever for us to rally support behind funding our local journalism. You can help by participating in our "I Support" program, allowing us to keep offering readers access to our incisive coverage of local news, food and culture with no paywalls.
Make a one-time donation today for as little as $1.