When the sun breaks over the horizon, we're inclined to groan and stuff another pillow over our head. We know we need to snack on something to regain our strength, but eggs, bacon, home fries and toast will simply send us back to bed. Day breaks more gently at Café Soleil, a tiny, colorful cafe that's blissfully quiet and stocked with a luxurious selection of homemade goodies, plus a wide assortment of coffees, juice smoothies, creamy chais, espressos, cappuccinos, mochas and iced drinks. The aroma of fresh-baked breads lures us in, where we linger in front of a glass case, admiring beautiful croissants, rolls, pastries, cookies and muffins. There are breakfast bagels, heaped with our choice of lox, tomato, cream cheese, Swiss, American or mozzarella cheeses. On Sundays, we wake up a little later, and select from five special breakfast entrees -- omelets and such -- that change weekly. At Café Soleil, we don't mind that the sun shines in.

It's too difficult to decide what to order from Marquesa's amazing menu. This Mobil Four-Star restaurant is also one of two AAA Five-Diamond restaurants in Arizona, and serves cuisine from one of Spain's best-kept secrets: Catalan, blended with Italian and French influences. The feast never ends at this market-style brunch, with highlights like sautéed shrimp with saffron potatoes and truffles cradled in licorice mustard-seed sauce; fire-roasted couscous; paella Valenciana with lobster, chicken, pork, shellfish, chistora and saffron rice cooked in clay casuelas; braised quail; veal empanada; turkey with hazelnut polenta; and duck with cauliflower purée, lentil and sausage. And, of course, caviar. Our single lament? The open-air extravaganza is served only from mid-September through June.

Marquesa is definitely the best of the brunch bunch.

Best Place To Hide In The Dark At Lunch

It's another one of those days. The boss is being completely unreasonable, expecting us at work before noon, when we only get up at 11 a.m. so we won't be late for our lunch break. So we soothe our ruffled dignity by hiding in the cozy heart-of-downtown darkness that is Monroe's. Descend weathered wooden stairs to reach the dim, candlelit and red-light-bulbed interior of this live jazz club/cafe. Once we can see, we find dark wood walls with brick, with some Christmas lights twinkling in the black, low-slung ceiling.

This place has excellent bar food, most items priced at less than $6. Onion soup is a smooth starter, the beefy, not-too-sweet broth buried under mounds of soft, hot provolone. A cheese steak is terrific, too, packed with quality, lacy-thin beef and buckets of melted provolone on a soft hoagie roll that's been grilled to a wonderful crust.

Ah, now that's what we need to cure those big boss blues.

The new El Portal hasn't been in business long, but this little house turned eatery has become a fast favorite among the downtown crowd, with some of the best Mexican food anywhere in metro Phoenix. Maricopa County Supervisor Mary Rose Wilcox and her politico husband Earl refurbished the old, long-shuttered facility last year with simple booths and tables, accented with terra cotta tile. Parking is plentiful, but the place does fill up, and beware -- it closes at 2 p.m.

An early arrival is well worth it. (The cafe opens at 7:30 a.m., and breakfast, by the way, is served all day.) Service is quick and the menu complete -- from complimentary chips and salsa, through à la carte regulars such as tacos, burros and tostadas and combination plates with treats such as beef machaca. Drink refills arrive before you even ask, and if you're lucky, Mary Rose herself will bring your meal to the table.

Now that's what we call a good public servant!

Pity the poor dieter who believes that eating well has to taste bad. These pitiful creatures have never embraced the power of fresh ingredients, fats served only in restrained portions, and everything snapped up with exotic spices. At Green Leaf Cafe, healthful dining goes global, influenced by the cuisines of Persia, the Mediterranean, Italy, America and Mexico, even Cajun and the Orient. Vegetables take center stage, partnered with tofu, and accented, if we choose, by modest servings of chicken, turkey, fish and eggs -- but never any red meat. Even the simplest vegan plate soars with the magic of fresh herbs and spices -- oregano, basil, mint, dill, fennel, cumin, garlic, capers, parsley, ginger, fenugreek, cilantro and more. For a sweet but not sinful finish, we pick pumpkin pie, all natural and vegan, of course. Green Leaf is a healthful new leaf we're happy to turn over.

Best Place To See Cooks Who Love Their Jobs 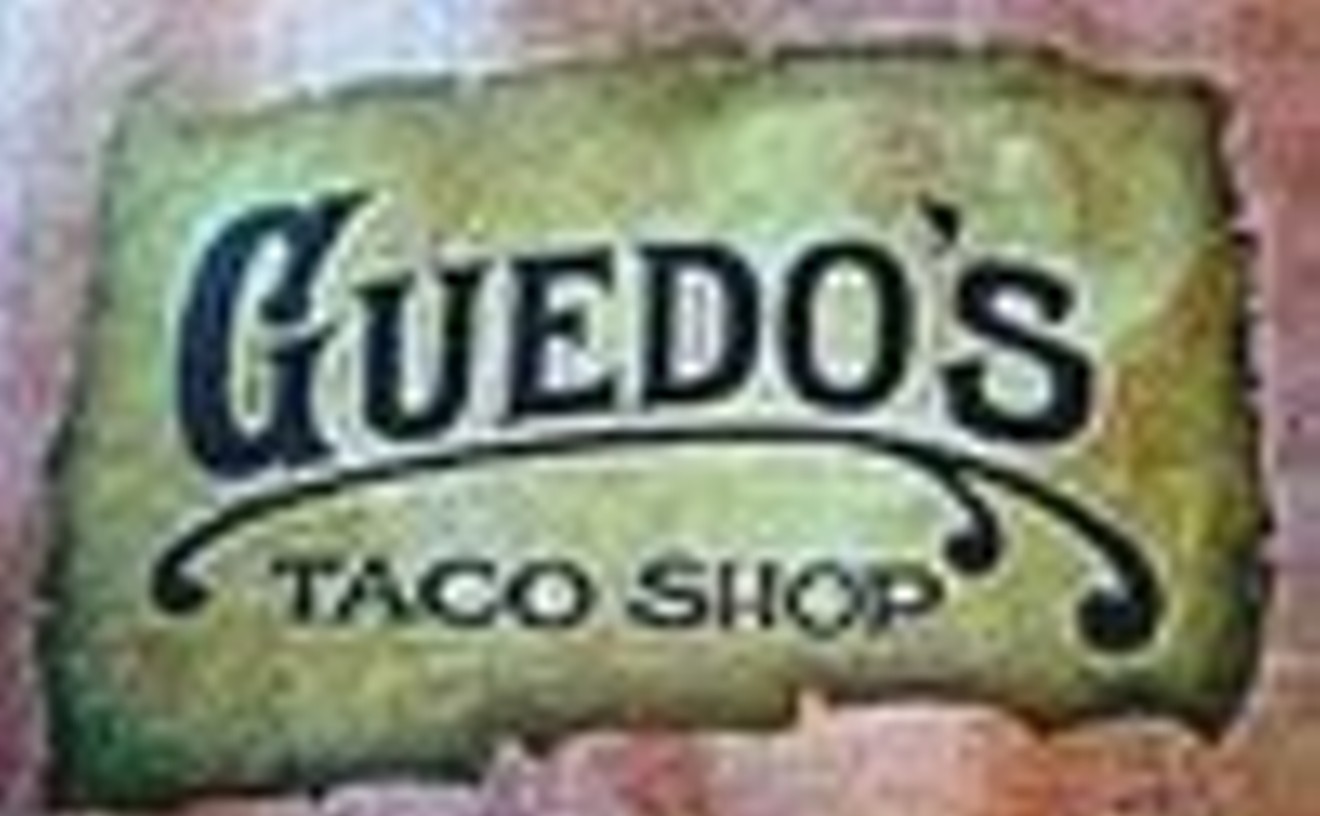 In some restaurants, getting an up-close view of the kitchen and the folks who are slaving away over the proverbial hot stove might just spoil your appetite. But at Guedo's, watching the cooks work adds to the sheer joy of eating their signature tacos. We love waiting in line to order here, because while Spanish music blares from the speakers, these guys sing, dance, laugh and bang their pots around. They belt out romantic ballads at the top of their lungs, hooting and hollering to the salsa songs. Arriba!

Best Place To Eat At The Bar Talk about cooking lessons. We've always loved Chef Razz Kamnitzer's creative Mediterranean-inspired dishes. Now, with his newly relocated restaurant, we can sit at the bar directly overlooking the master in action in the tiny, galley-style kitchen. We study Kamnitzer performing his ballet, his neatly tied signature ponytail spinning as he makes it look easy to work on a half-dozen orders at a time. The only problem? Seeing these dishes prepared makes us want to order them all. Duck and vegetable spring rolls, escargots, crespelles, cashew-crusted salmon with hibiscus broth, bouillabaisse -- we've got a severe case of entree envy.

Best Place To Eat Without Silverware 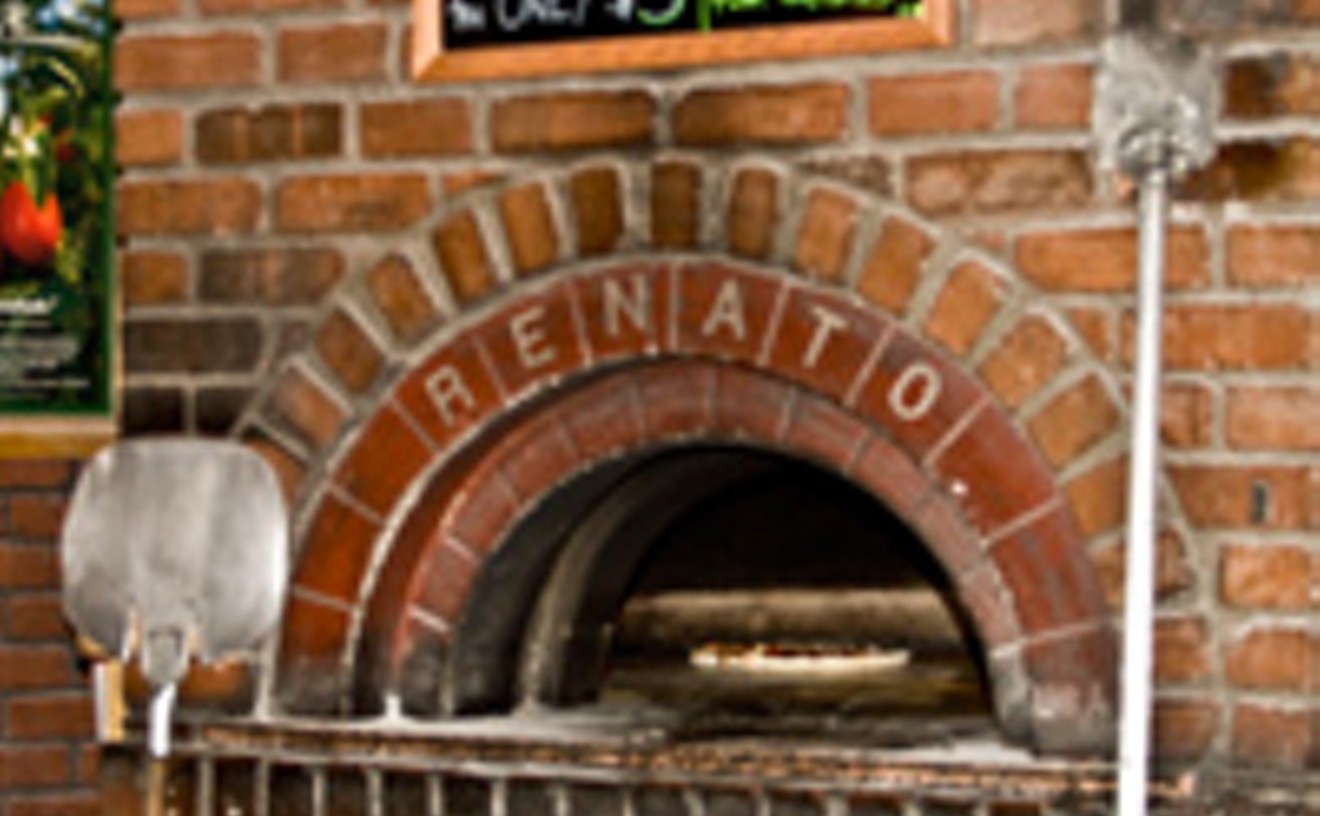 Kyle Lamb
Why would we let something as superficial as a fork get in the way of genius? Nothing comes between us and the incredible pizzas crafted by chef Halim Nefic. His pies aspire to art, spun in whisper-thin circles, topped with the freshest, most vibrant ingredients, and baked in a wood-burning oven to crisp, perfect contentment.

Dough is made fresh daily and hand-spun. Tomatoes are hand-crushed and blended with special spices, and cheese is mozzarella, also lovingly made by hand. So that's how we eat these lovelies: by hand. The 12-inch pies are said to feed two, but that's only if we're sharing our adored Four Seasons blend: tomato sauce, mozzarella, imported Italian prosciutto, wood-roasted mushrooms, fresh sliced tomato, Parmesan, black olives and artichoke hearts.

French food has always been considered special treat fare, and with opulent names like poisson ou fruit de mer à la discretion du chef, croque monsieur and les frittes à la Parisienne, it's no wonder. Sophie's, though, brings flights of fancy down to earth, with fantastic food that, once we know what it is, feels like an old friend. That poisson thing? It's the catch of the day, and if we're lucky, it's seared tuna in a marvelous peppery crust. Croque is no crock -- it's a broiled shaved ham and Gruyère sandwich that puts a new spin on upscale deli dining. And frittes? How about French fries, and not your everyday spuds but glorious crispy shoestrings served in a bowl so huge that McDonald's supersizing looks like fluff.

Best Place To Impress A Client

As with any business presentation, preparation is key. So study up on Gregory's menu before bringing that Fortune 500 bigwig client to the restaurant. You'll want to impress him or her with your world-class knowledge of fine cuisine and wines. And if any Valley restaurant tests your skills, it's Gregory's. Starters stun with ethereal combinations like salmon ceviche with white-bean hummus, parsley-scallion oil and salmon roe; and pan-seared Hudson Valley foie gras with sweet-potato tart, strawberry-rhubarb compote and 20-year-old balsamic vinegar. Entrees entice, starring delicacies like lion's paw scallop in sweet vermouth lobster broth with micro arugula and foie butter; or grilled Wagyu Kobe beef with nori-wrapped wasabi risotto and Kobe beef won ton. Service is impeccable, the setting warm and ultra-luxe. In short, Gregory's will make you look so special your clients won't even blink when, over dessert, you tell them you're doubling your fees.