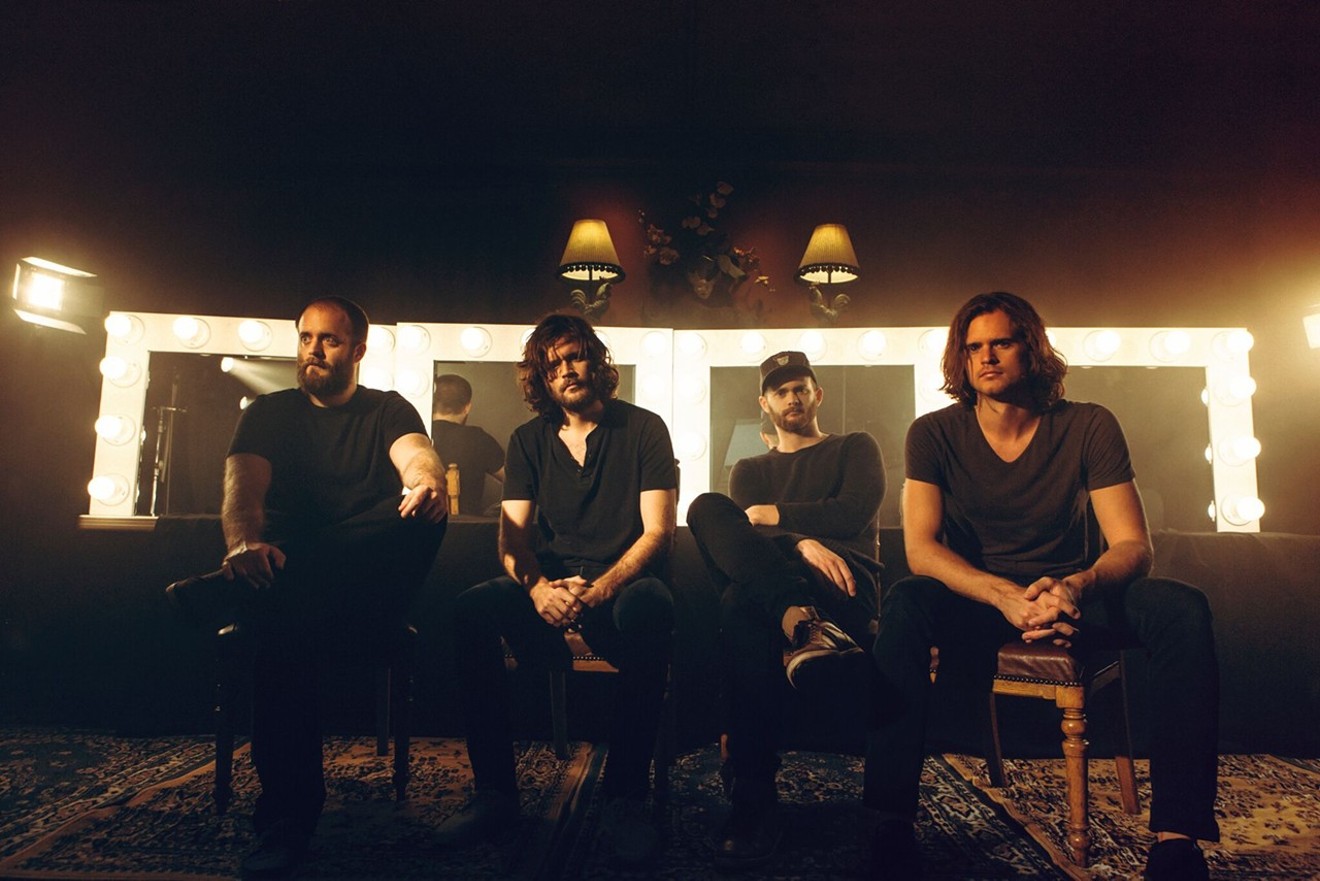 KONGOS is heading back to the Valley for an intimate show. Jonny Marlow


The four brothers who comprise the band KONGOS may have been born in South Africa, and may currently reside in Austin, Texas, but since they graduated from high school here and attended Arizona State University, we're going to claim them as one of the local acts who have made it big.

It's been a couple of years since Dylan, Johnny, Jesse, and Daniel Kongos left the Grand Canyon State for Texas, but they've just announced they'll be back next month for an intimate concert.

On Friday, May 13, the band will take the stage at Last Exit Live, 717 South Central Avenue. Local rockers The Deadbeat Cousins are the opening act. Doors open at 7:30 for the 8:30 show.

KONGOS is most famous for its smash hit "Come With Me Now," which was used in numerous commercials and trailers. Their most recent album, 1929, Pt. 2, was released in 2019.

General admission is $25 plus fees in advance, or $30 plus fees on the day of the show. Or, you can shell out $75 plus fees to come early at 6 p.m. for a VIP acoustic performance and a Q&A with the band.

For more information and tickets, visit the Last Exit Live website.
KEEP PHOENIX NEW TIMES FREE... Since we started Phoenix New Times, it has been defined as the free, independent voice of Phoenix, and we'd like to keep it that way. With local media under siege, it's more important than ever for us to rally support behind funding our local journalism. You can help by participating in our "I Support" program, allowing us to keep offering readers access to our incisive coverage of local news, food and culture with no paywalls.
Make a one-time donation today for as little as $1.