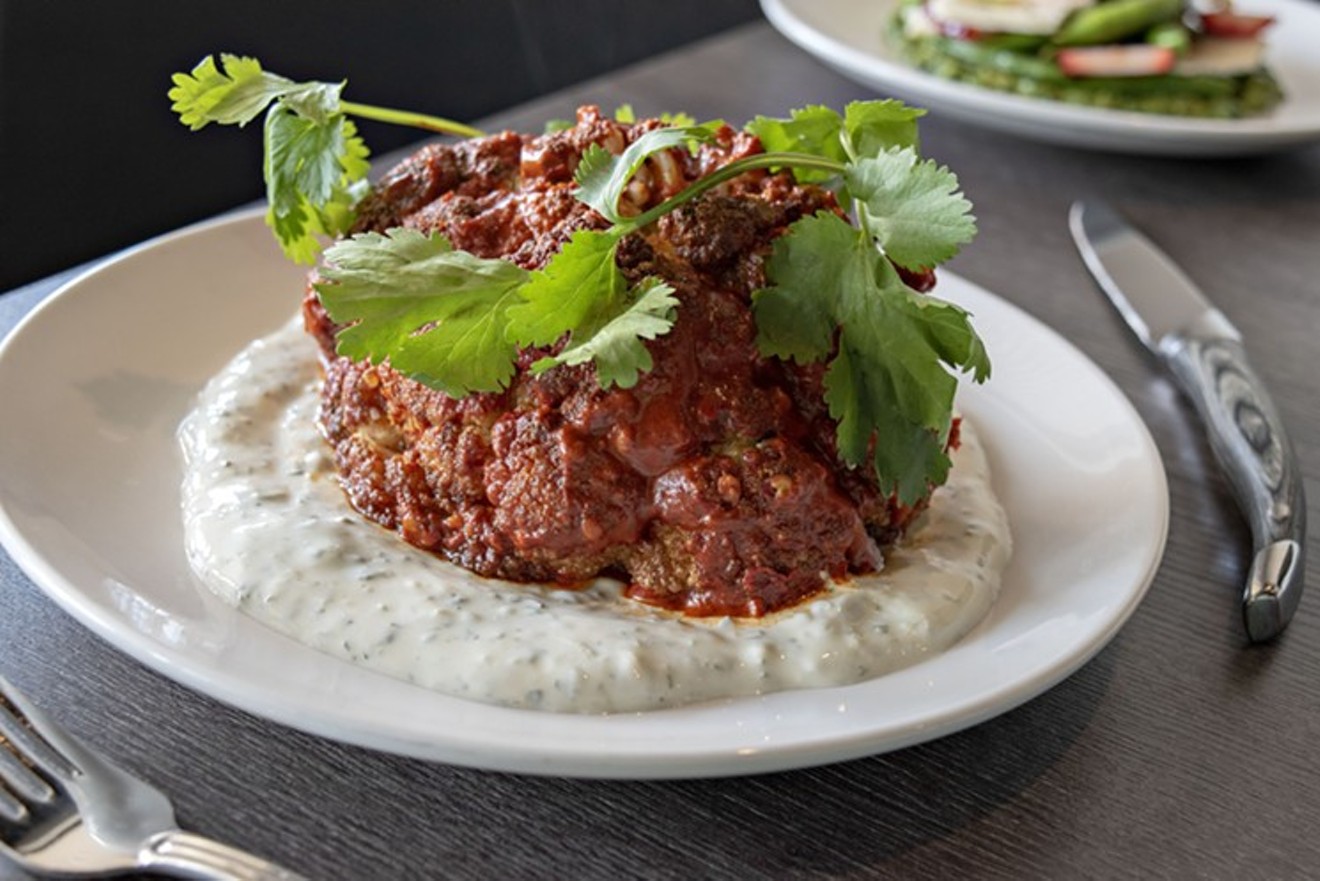 Cauliflower takes on a whole new meaning at Hush Public House. Jackie Mercandetti Photo
In the fast-paced world of top chefs and hot kitchens, "fire at will" means to send a dish to a table as it's ready. For chef and restaurateur Dom Ruggiero, it means so much more. 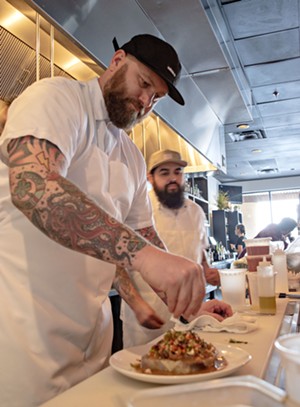 The new concept will find its home at the northeast corner of Tatum and Shea Boulevards in the space that previously housed Little Cay, a Latin-Caribbean eatery.

The name for the restaurant combines many different influences from the chef's life. "Fire at will" is also a military command, something familiar to Ruggiero, who served in the Marine Corps for four years.

He later used the G.I. Bill to help fund his education at Le Cordon Bleu, the now-defunct culinary school in Scottsdale.

Though he never worked in the kitchen while deployed in Iraq, the high-intensity atmosphere and camaraderie of the kitchen reminded Ruggiero of his military days, he says.

He has kept his passion for that atmosphere alive at Hush, where he's created now-classics like chicken liver mousse with drunken cherries and Noble bread and Macaroni Au Gratin.

Fire at Will's menu will be similar, with plates like crab hush puppies, Italian beef with braised oxtail, and duck fried rice, a fan favorite topped with a sunny-side-up duck egg. The Italian beef with snapped peas and Boulevardier cocktail at Hush Public House.
Jackie Mercandetti Photo
"Hush was never meant to be a Michelin star, fine-dining, James Beard type of restaurant," Ruggiero says, despite the fact that Hush opened near Scottsdale and Thunderbird Roads in 2019 to much acclaim, including winning a best new restaurant designation from the Phoenix New Times.

"It was just supposed to be a cool neighborhood spot with seasonal dishes, where I could cook comfort foods that I like and make them a little bit more awesome," he says.


That tradition will continue at Fire at Will, which Ruggiero plans to open in late October or early November. The food menu will be complemented by an expansive concrete bar with classic boozy cocktails. 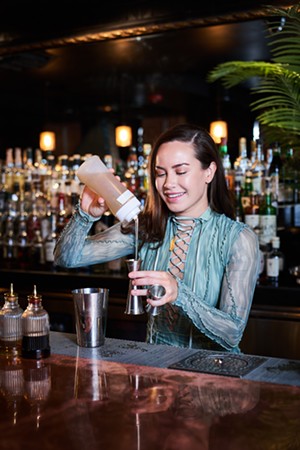 Libby Lingua's background at Highball Cocktail Lounge will influence the cocktail program at Fire at Will.
Kyle Ledeboer
And though he plans for Fire at Will to have a dark, moody, and masculine feel to it, Ruggiero, who lives nearby, still envisions it as a neighborhood spot where families can sit at communal tables or couples can share small eclectic dishes.

"I don't want to say tapas because most people say tapas and then think it's only Spanish food," Ruggiero says, "but the menu will be similar to Hush's with dishes like harissa, duck fried rice, and different pastas, with influences from all over."

The Hush burger, something he never planned to have on the menu at the original restaurant, but makes an appearance from time to time due to high demand, will definitely be offered in the new space.

Holly Ruggiero, who came by way of La Grande Orange and Maple & Ash before opening Hush with her husband, will lead front-of-house operations and training.

Having the right alcohol to pair with the food is key, says Lyons, who has shaken drinks alongside Lingua at top bars including Century Grand and UnderTow. 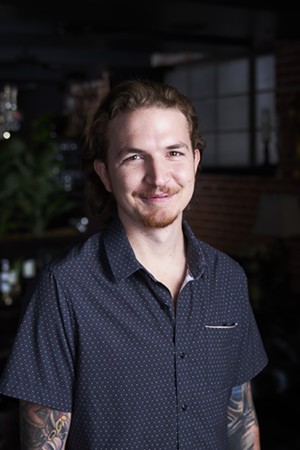 Mitch Lyons of Two Hands Consulting will lead the cocktail program at Fire at Will alongside Libby Lingua.
Kyle Ledeboer
"When you start to manipulate cocktails with six or seven things, you can hide certain things a little bit more. With classics that only have four or five ingredients, if there is something that doesn't pair as well, you'll see it right away,” Lyons said.

The cocktail list will mimic the space: dark and moody with spirits like bourbon, rye, rum, and tequila.

"We're taking a less is more approach to these cocktails," says Lingua, explaining options like the Martinez, a drink that many consider to be a precursor to the martini, which is made with gin, vermouth, and Luxardo maraschino liqueur. The menu may also feature the Vieux Carré, a rye and cognac cocktail created in the French Quarter in New Orleans.

Todd Oltmann, the general manager at Vanilla Gorilla and co-owner of The Golden Pineapple Craft Lounge in Tempe, will head the beer program, with local drafts and a few rotating selections which will change seasonally, Ruggiero says. Holly and Dom Ruggiero of The Vanilla Gorilla in Scottsdale are set to open their third concept soon.
Chris Malloy
Dinner will initially be served at Fire at Will, though Ruggiero plans to begin lunch service within the first year at his new restaurant, which will be open seven days a week.

"There are lots of chains in the area and not many cool, interesting things," Ruggiero says. "We basically try to build restaurants where we would want to eat and where chefs would want to eat."
KEEP PHOENIX NEW TIMES FREE... Since we started Phoenix New Times, it has been defined as the free, independent voice of Phoenix, and we'd like to keep it that way. With local media under siege, it's more important than ever for us to rally support behind funding our local journalism. You can help by participating in our "I Support" program, allowing us to keep offering readers access to our incisive coverage of local news, food and culture with no paywalls.
Make a one-time donation today for as little as $1.