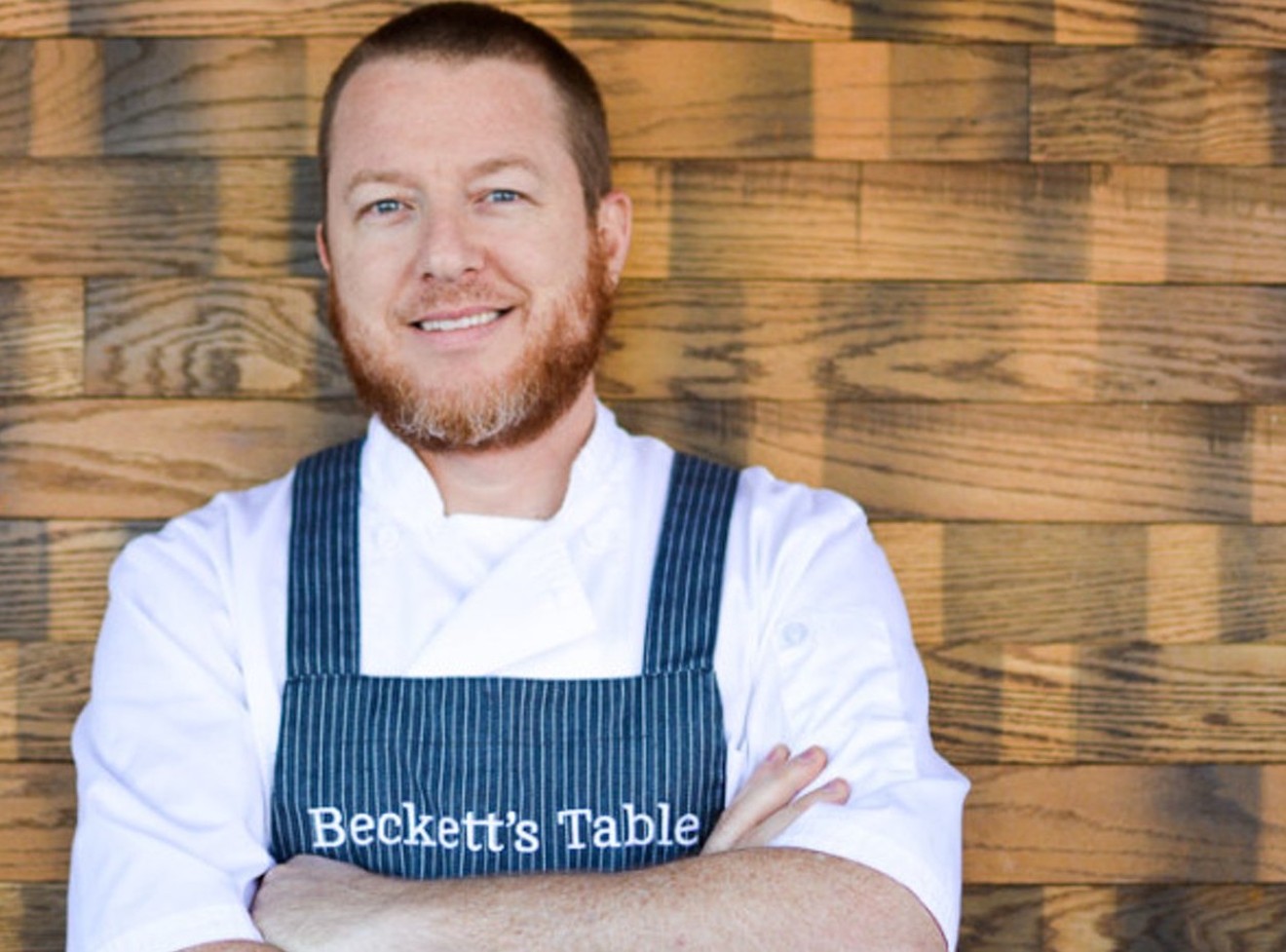 Talking fatherhood with chef Beckett. Beckett's Table
Three big jobs — chef, restaurateur, father. That’s what you could put on Justin Beckett’s resume in boldface type. Beckett is the executive chef and co-owner of Beckett’s Table and Southern Rail, but he’s also a husband and father of two boys, 9-year-old Tobin and 11-year-old Greyson.

And that’s tough for father Beckett, as there’s concern he’s been repeating a cycle.

“The really important part of my story is how I struggle with finding time for the kids,” he says via phone from the basement kitchen of Beckett’s Table.

“I remember my dad not being around a lot because he was a 24-hour, on-call electrician,” he says. This is from a man who now runs two restaurants, not to mention outreach efforts, food events, and the occasional cooking class. 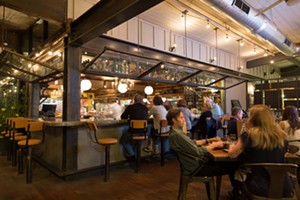 Beckett runs two restaurants, including Southern Rail at The Newton.
Southern Rail
Growing up, Beckett was the oldest of five kids, and there was a six-year difference between him and the next sibling. By the time he was 9 or 10, he was making lunches for siblings and helping with dinner, whether it be dishes or cooking. Many oldests can relate.

“I feel like by the time I was 11, I was pretty interested in the kitchen,” he says. Which led him to where he is today — one of the better-known chefs in greater Phoenix.

Beckett works a lot, always has, saying it’s just the model within which he operates. But that can leave little time for family and cooking at home.

He says his business partner and wife, Michelle Beckett, does “an unbelievable job of ‘single parenting' when I’m not available and I’m very proud of what she does.”

But of course, he still worries about repeating what his father did for work, despite his boys having very different childhoods.

He tells himself he’s got to focus on figuring out a way to spend more time with them. It’s heavy, but it’s reality. And so far, he’s learned some tricks.

“It’s sneaking those little moments,” he says. “It's trying to include them in your life as much you let them include you in theirs.”

A few of those moments occur in the kitchen.

“There was a very short period when they said they were going to be chefs like dad, but that stuff has passed,” he says. They can make themselves breakfast — some toast, heat things up — but their interests are not in the kitchen. “It’s definitely not ‘Dad showed me how to fry a perfect egg.’”

In fact, sometimes Beckett gets pushback in his home kitchen, because that’s not how Mom makes it. 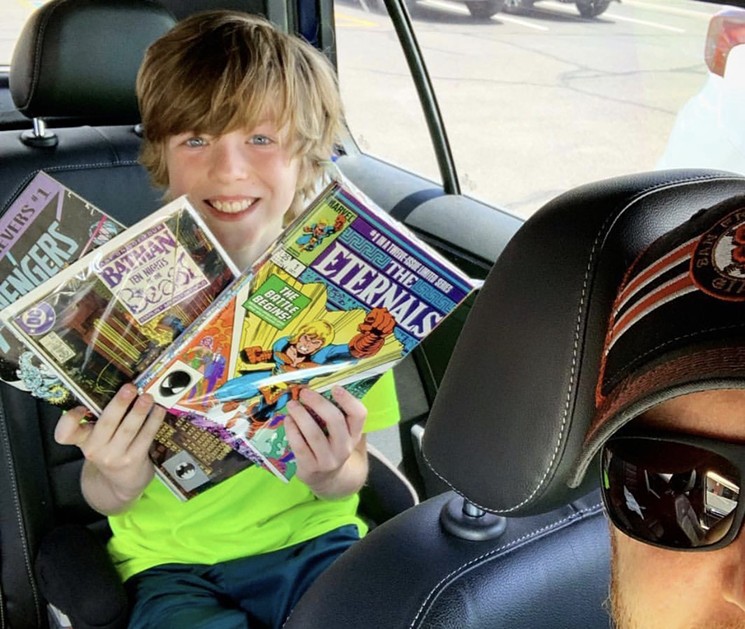 This one orders a pork osso bucco on top of his buttered noodles.
Justin Beckett
But a few of those moments happen at the restaurant.

“My one son Tobin, he likes to get the buttered noodles, but he puts a pork osso bucco on top of it,” Beckett says. “So, the kitchen always gets a laugh out of this little 50-pound pipsqueak blonde kid.”

Next, Beckett says his oldest, Greyson, is more interested in social media and often takes out his phone to make vignettes of the restaurants.

“He’ll take a video or photos … and try to turn it into a commercial for social media,” Beckett says. “I can very much imagine him being a part of our world in that way in the future.” 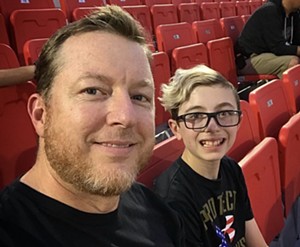 This one makes commercials with his phone for his father's restaurants.
Justin Beckett
Beckett says it’s interesting to see how they process their father’s work environment when they're visiting Beckett’s Table and Southern Rail.

For starters, the staff refers to Beckett as chef. Kids will ask: Why do they call you chef? Beckett will answer: This is my team, and this is how they address me.

Beckett says his boys are realizing, “Hey, he’s not just my dad; he’s also a chef.”

Summertime, like now in the thick of Father’s Day season, can help a little. He’s able to spend more time with them in the mornings.

Beckett’s work schedule is sporadic, mostly nights and weekends, whereas most other dads in his sons’ lives are Monday through Friday. So it’s they who are at the practices and sporting events.

“My challenge and my goal are to find as much time as possible to spend with them that’s not Friday and Saturday,” Beckett says.

“When they were making their Santa list, they asked Santa for a sous chef for me so I wouldn’t have to work as much,” Beckett says. “That was a definitely a moment where I had to figure out a way to be more available and more present.”

Gives a whole new meaning to "your presence is your present."

For Father's Day, both Beckett's Table and Southern Rail are offering dads a complimentary draft beer with purchase of an entree during brunch or dinner. Reservations are recommended.
KEEP PHOENIX NEW TIMES FREE... Since we started Phoenix New Times, it has been defined as the free, independent voice of Phoenix, and we'd like to keep it that way. With local media under siege, it's more important than ever for us to rally support behind funding our local journalism. You can help by participating in our "I Support" program, allowing us to keep offering readers access to our incisive coverage of local news, food and culture with no paywalls.
Make a one-time donation today for as little as $1.