These 7 Metro Phoenix Restaurants Are Now Closed, Another is Closing Soon 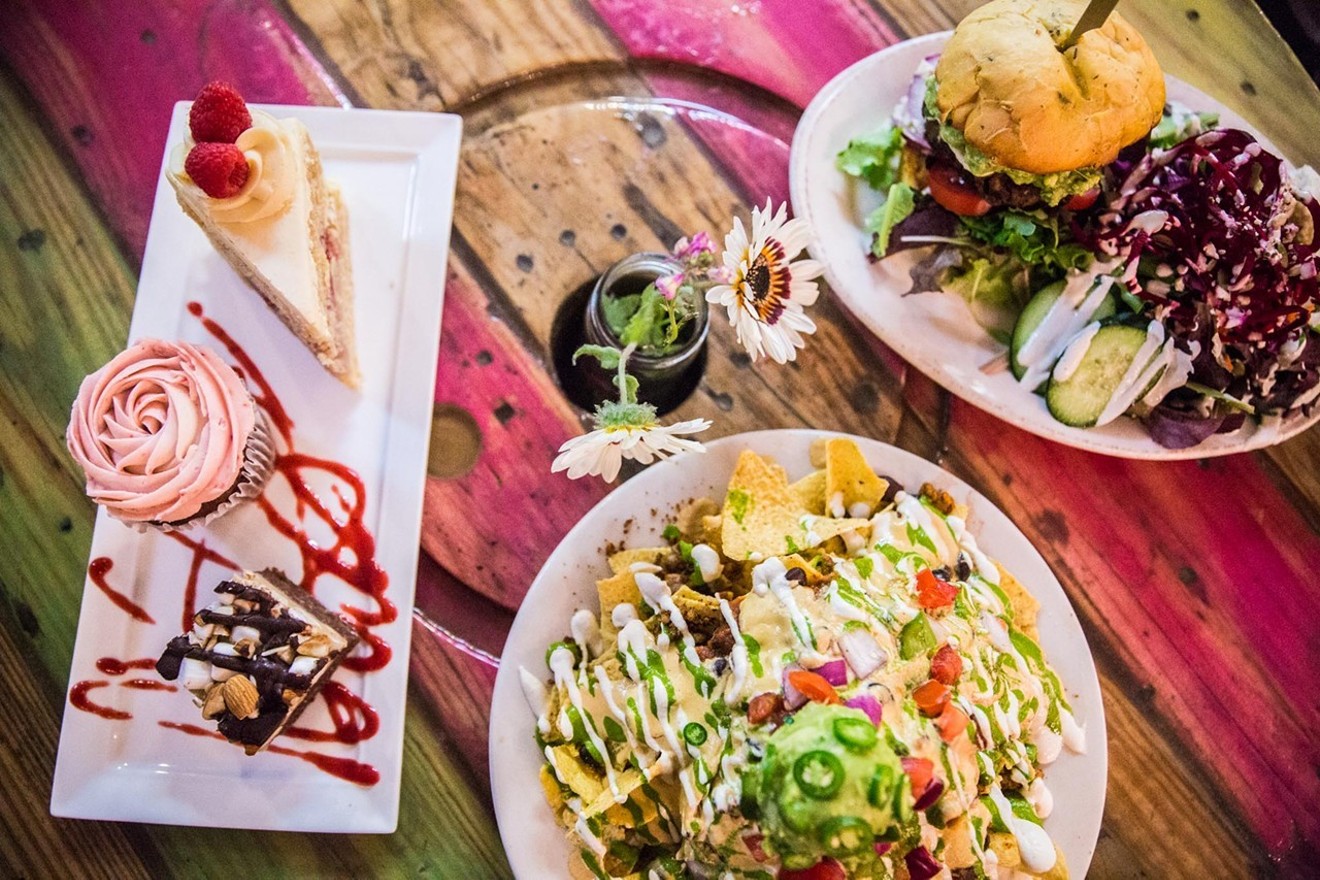 Pomegranate Cafe was one of the original vegan and vegetarian restaurants in Phoenix. Jacob Tyler Dunn
A long-time deli that served the community for decades and a short-term concept that shut down one day before its grand opening party are among the restaurants, cafes, and bars that closed in metro Phoenix in November. Here are the Valley's permanent closures, along with one spot that has just a few weeks left.

Ay, Chabela
Located in a small bungalow just off the main stretch of Roosevelt Row, Ay, Chablea opened in October. Roughly a month later, one day before its scheduled grand opening celebration, the restaurant closed. In a social media post announcing the news, the owners described it as a "grand closing" instead.  The restaurant was the brick-and-mortar evolution from the owners' previous food truck Chubasco Tacos. The bungalow has been the home of multiple short-lived businesses in recent history, including the former Chez Gregory which operated as a French wine bar and restaurant for less than a year, closing in March. Chompie's in Tempe is no more.
Jackie Mercandetti Photo
Beaut Burger
In late November, Tucson-based Beaut Burger announced plans to close its restaurant on Indian School Road in the Arcadia area. The restaurant served an entirely plant-based menu of burgers, sandwiches, and fries. In its closing post, the owners noted that another vegan business, food truck Tacos Veganos, will soon take over the space and continue serving meat-free fare.

Chompie's
After 25 years in business, the Chompie's location on University Drive in Tempe closed after service on November 7. Chompie's started in 1979 when a New York family moved to Arizona. Over the years, it expanded, bringing bagels and deli sandwiches to customers across the Valley. Other locations of the local chain remain open.

Costa Vida
Costa Vida, a fast-casual chain of counter-service Mexican restaurants, has closed its location in south Chandler. The restaurant was located on Arizona Avenue and served tacos, burritos, seafood, and salads. The Mesa and Gilbert locations of Costa Vida remain open.

Daily Dose
Breakfast and lunch restaurant Daily Dose has closed its uptown Phoenix location after 10 years in business. The restaurant served a selection of classic brunch staples including pancakes, sweet and savory waffles, breakfast tacos, and biscuits and gravy. There are two other Daily Dose locations, in Tempe and Scottsdale, that remain open.

Pomegranate Cafe
Pomegranate Cafe was a groundbreaking concept when it opened in 2010 as one of the first fully vegan and vegetarian restaurants in the Valley. The restaurant was located on Chandler Boulevard in Ahwatukee and after 12 years of serving the community, the restaurant closed in mid-November.

The Brass Tap
The Brass Tap is a national chain with franchise locations all around the country. Over the last few years, its presence in Arizona has shrunk. In 2020, a location in Gilbert's Heritage District closed, and now, its Mesa Riverview restaurant has shuttered. The 2,100-square-foot space is set to transform into a revived version of Papago Brewing Co. Bergies, the backyard-style coffee shop, will soon close down.
Lauren Cusimano
Bergies Coffee, Open Through December 24
Bergie's Coffee, the longtime coffee shop-come-secret garden patio hangout in Gilbert, is set to close on Christmas Eve, meaning fans have a few more weeks to snag some beans, pastries, or freshly brewed coffee. Bergie's served the community from its little spot in Gilbert's Heritage District for the past 14 years. In a closing video posted to social media, the business owners announced plans to continue selling wholesale beans online and to pop up at the Gilbert Farmers Market.
KEEP PHOENIX NEW TIMES FREE... Since we started Phoenix New Times, it has been defined as the free, independent voice of Phoenix, and we'd like to keep it that way. With local media under siege, it's more important than ever for us to rally support behind funding our local journalism. You can help by participating in our "I Support" program, allowing us to keep offering readers access to our incisive coverage of local news, food and culture with no paywalls.
Make a one-time donation today for as little as $1.