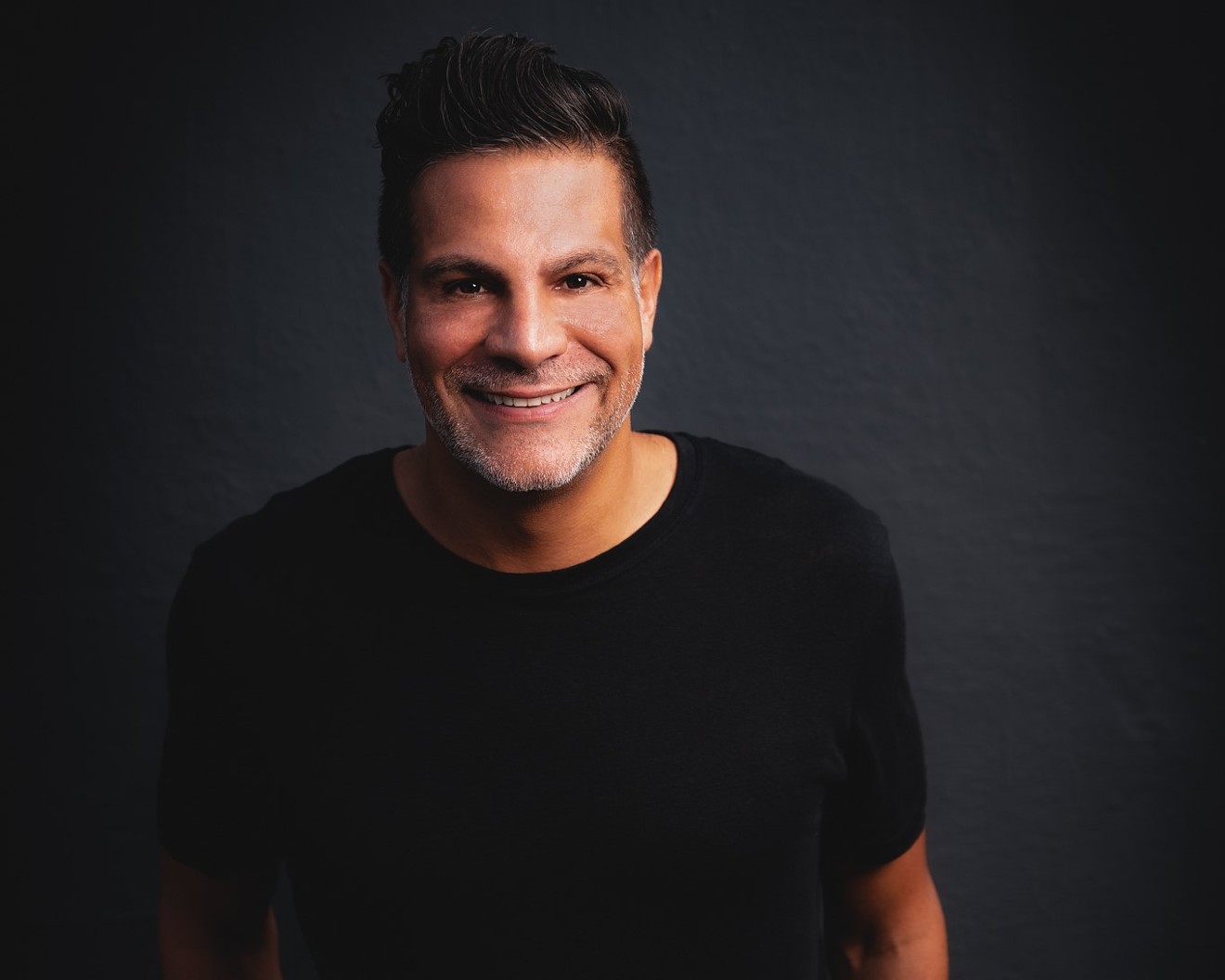 Chef Angelo Sosa of Tia Carmen. Tia Carmen
When he was a nine-year-old boy, Angelo Sosa remembers flinging open the door to his Aunt Carmen's Brooklyn apartment. His brothers and sisters darted outside, but Sosa never joined them. Growing up he wasn't playing Wiffle ball or kickball with the other kids. Instead, he was waking up at 4:30 a.m. to be ready in the garden to till and harvest vegetables and fruits for his family.

And when he wasn't in the garden, he was paying attention to the smells of the kitchen, especially at his Aunt Carmen's place. The aromas of the bay leaf and cilantro were powerful and enticing to the future chef. He remembers sitting on a bar stool while watching his Aunt Carmen cook.

"In that moment, I knew if this is what love is like, then I can do this for the rest of my life," Sosa says. He'd sit, mesmerized at how his aunt transformed the space with her culinary skills.

Tia Carmen, a restaurant that opened last month at the J.W. Marriott Phoenix Desert Ridge Resort & Spa, is Sosa's tribute to his aunt and her teachings on how cuisine has the power to generate joy, love, and comfort. A seating area inside the newly opened restaurant Tia Carmen.
Tia Carmen
For Sosa, becoming a chef was very much a conviction.

"I would literally have dreams and visions of food and that's how I create," he says. But opening Tia Carmen wasn't a linear process.

In his youth, Sosa was naturally good at baseball and he says although it may have potentially been a pathway, he knew internally that he wanted to go in a different direction. At 16, he worked in a retirement home as a server.

"I literally begged the chef to let me work in the kitchen to the point of pure annoyance," Sosa says.

The chef finally gave in and let Sosa start cooking. During that time he had a hard time sleeping because he would stay up "envisioning what it felt like being a chef and running a kitchen."

He took these visions and spent three years at the Culinary Institute of America in upstate New York and graduated in 1997. During his culinary education, he fell in love with the art of plating.

"A beautiful plate has to have tension," Sosa says, explaining his mantra, "simplicity is excellence."
click to enlarge The avocado aguachile at Tia Carmen is made with date sesame crumble, Persian cucumbers, and serrano chile.
Tia Carmen

As he developed his own personality as a chef, Sosa wanted to be the best and work with the top culinary giants in the field, he says. Some of this meant sacrifice. When he began training with chef Jean-Georges Vongerichten, he would travel at least four hours. But he doesn't regret any of the effort, instead remembering that each of the chefs he worked with taught him something.

From Vongerichten, he learned that he should "allow the ingredient to come to life and let it be the storyteller."

His work with renowned chef Alain Ducasse taught him to "be unwavering and uncompromising in working with the right ingredients," Sosa says.

In efforts to follow that mantra, Sosa met with local farmers including Ramona Button of Ramona Farms. She introduced him to local tepary beans he uses in his mole negro, a dish that honors the Southwest.
click to enlarge 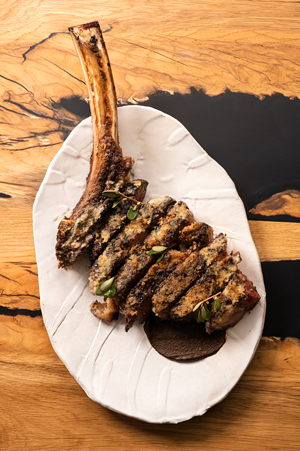 Sosa always looks at how his ingredients connect to one another.

"I believe each and every dish, whether it's fries, hamburgers, hot dogs, or foie gras, it will have a trinity," he says, explaining that the trinity can vary and doesn't necessarily have to follow the typical norms of sweet, sour, salty. It could be smoky, earthy, or herbaceous.

"I spent multiple years studying the connectors that made these euphoric experiences. I would take ingredients that you might not think go well together, but I believe that every flavor does match," Sosa says.

It's a philosophy he employs at Tia Carmen.

The vision of Tia Carmen came into his periphery about a year and a half ago. During the pandemic, Sosa traveled to Oaxaca, Mexico City, New Mexico and throughout all of Arizona.

"There has been a thoughtfulness to the planning," he says. "At the end of the day I want to be a storyteller of the community, the people, the ranchers, the potters, the artisans — it's important to me to be the conduit."

Some of the pottery at the restaurant comes from local vendor Blue Door Ceramics, based in the Cave Creek area. Many of the ingredients on the menu are local as well.

"Actions speak louder than words," Sosa says. "We use local where we can, with our herbs, chiles, and citrus." Those who are vegetarian, vegan or gluten-free shouldn't fret — the menu includes items like yams, mushroom menudo, street corn, and tostadas.

Complement your entree with popular cocktails like the Yuzu and Bergamot Paloma or the Aguachile margarita. From cocktails to entrees, Sosa says he wants the idea of joy to be ever-present in his cuisine.
Tia Carmen
For Sosa, the restaurant and its food celebrate the Southwest, its people, and his family.

5350 East Marriott Drive, Phoenix
480-293-3636
www.tiacarmendesertridge.com
KEEP PHOENIX NEW TIMES FREE... Since we started Phoenix New Times, it has been defined as the free, independent voice of Phoenix, and we'd like to keep it that way. With local media under siege, it's more important than ever for us to rally support behind funding our local journalism. You can help by participating in our "I Support" program, allowing us to keep offering readers access to our incisive coverage of local news, food and culture with no paywalls.
Make a one-time donation today for as little as $1.