Why the New Indigenous Artspace Cahokia Is Dedicated to 'Creative Placekeeping' 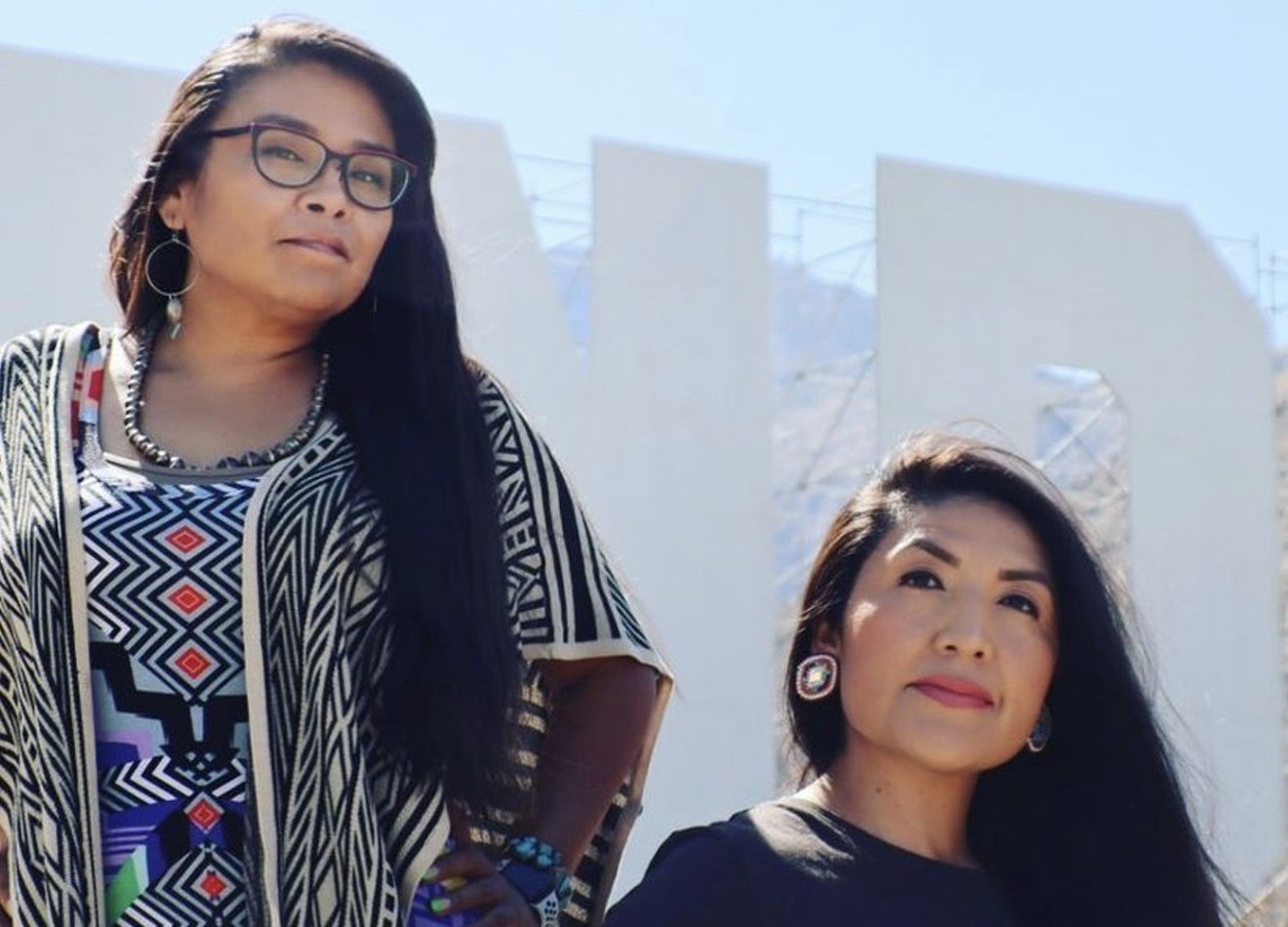 
Indigenous people have been displaced from their homelands countless times in American history. But a new initiative in Phoenix seeks to give Indigenous artists, designers, and social entrepreneurs their own space to create and collaborate.

Cahokia SocialTech + Artspace, located in downtown Phoenix at 707 North Third Street, #130, will celebrate its grand opening from 7 to 10 p.m. Monday, October 11. It is named after the eighth-century Native settlement near the confluence of the Missouri, Illinois, and Mississippi rivers that was one of the most advanced civilizations in early North America.

Founders Melody Lewis (Mojave, Tewa, Hopi) and Eunique Yazzie (Navajo) call Cahokia a space for "creative placekeeping," a term that many people may be unfamiliar with.

Yazzie explains, "We realized we don’t have a place and yet, we belong. Gentrification is a form of placemaking. So, I am doing the reverse. A great number of artists were displaced over the last 12 years in the Phoenix area because of gentrification. I want to make sure they have a place. But as I place-make, I am also keeping my place, since I am Native."


There’s a social fabric, a community, an energy prior to when people or businesses move in, she continues. "When you remove those, you remove memory," she says. "Natives have been removed time and time again from their place of origin. Placekeeping for me is an internal process, like standing my ground but also looking into the future and seeing how can we be a part of the growth.”

Native issues drew Yazzie to the center of the city. She wants to bring to light the challenges the reservations face: safety, water contamination, and education. In addition, she wants to add more Indigenous representation to the arts and in downtown Phoenix.

Lewis says, “Phoenix is one of the top five cities to have the most Indigenous representation. It’s not just the 22 tribes here, but you have representation from many tribes.” 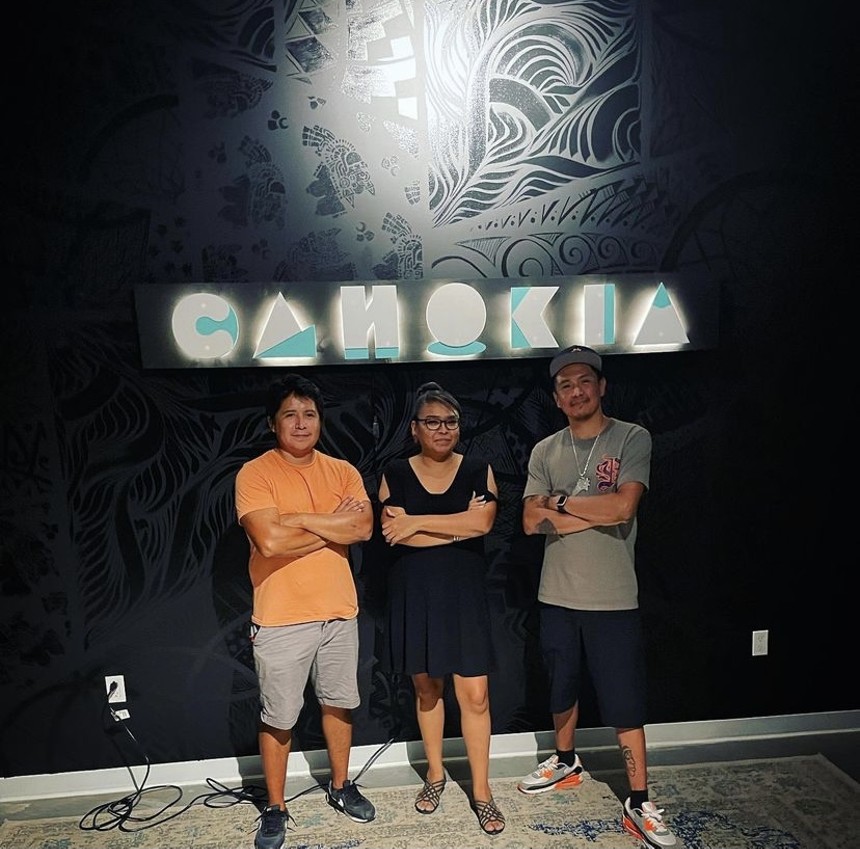 
Open the door to Cahokia, and you face the place's mission statement in one piece of art. A black wall decorated with black patterns was created by four artists: Eunique Yazzie, Jeremy Arviso, Claudia Lopez, and Jesse Yazzie (no relation to Eunique).

“Our story is that when we come together as creatives, we have more power,” says Yazzie.


By the black collaborative wall art sits a table with merchandise for sale. The space opens to the left. Indigenous artists’ works hang on the walls. A painting of Frida Kahlo rests on an easel.

In the main office, a calendar lists upcoming events: Cahokia offers workshops and educational strategies in art and entrepreneurship.


Currently, Cahokia has 15 members (two of whom work in the space) and about 25 ambassadors that operate out of the space. The difference between the two groups is the time commitment (members give more of their time).

The founders and members are deeply dedicated to Cahokia’s purpose.

Dustin Lopez, a graffiti artist, was a firefighter who lost his ability to serve after contracting COVID. He teaches kids how to self-reflect, find their identity, and navigate the world on and off the reservation.

"I got a lot of help in getting my art out and naturally, I wanted to give back," he says.

Originally from Mexico, Adan Madrigal is an IMPACT strategist and videographer. “I bring an outside perspective,” he says. To him, creating narratives around the history of Indigenous people matters most.

“We are already seeing a huge excitement from the community,” says Madrigal. “Hopefully this will inspire others to replicate Cahokia all around the country.”

When Jesse Yazzie, an artist, met the founders, he had no platform. “I had spent eight years in prison and most people were intimidated by me, but they took a chance on me and it had a ripple effect. It was more than I could ever do on my own. The community here reminds me of home, which is rare in a regular organization. That’s why I want to give back, even if it means taking out the trash.”

Follow Cahokia on Instagram and Facebook.
KEEP PHOENIX NEW TIMES FREE... Since we started Phoenix New Times, it has been defined as the free, independent voice of Phoenix, and we'd like to keep it that way. With local media under siege, it's more important than ever for us to rally support behind funding our local journalism. You can help by participating in our "I Support" program, allowing us to keep offering readers access to our incisive coverage of local news, food and culture with no paywalls.
Make a one-time donation today for as little as $1.