21 September Restaurant Openings and a Historic Closing in Metro Phoenix

Noodle dishes, curries, and other Thai favorites at ThaiTini. ThaiTini
The Phoenix food scene is welcoming fall with myriad openings, and not as many closings. With 21 new restaurants around the Valley, including two new Gilbert barbecue joints, Thai street food in Phoenix, Korean barbecue in Tempe, a handful of new beer and burger joints, and all-day dim sum in Mesa, the hardest dining decision you'll have to make this month is which one to hit up first.

6 Degrees, Scottsdale
This 320-seat gastropub recently opened in Scottsdale's Gainey Village. It's headed by chef Jose Morales, a longtime veteran of the Chicago dining scene. The restaurant's name head-nods to the six degrees of separation theory, which holds that any one thing is related to any other within six steps. This concept is reflected in the menu, where various world cuisines are fused.

Forno 301
Forno 301, arguably one of the best pizzerias in town, closed earlier this year, but was revived in September at 1616 North Central Avenue, across the street from the Phoenix Art Museum. The restaurant will be keeping its old staples and has added a few new items, such as scratch-made pasta options.

Glai Baan
Chef/owner Pornsupak "Cat" Bunnag will be focusing on the food of Bangkok and northeast Thailand at the recently opened Glai Baan. Sticky rice, grilled meats, and papaya salad are on the menu. So is a Thai steak salad known as num tok. Produce will be sourced locally when possible. Wine, local and Asian beers, and cocktails using local spirits enhance the fresh menu. We loved the place. 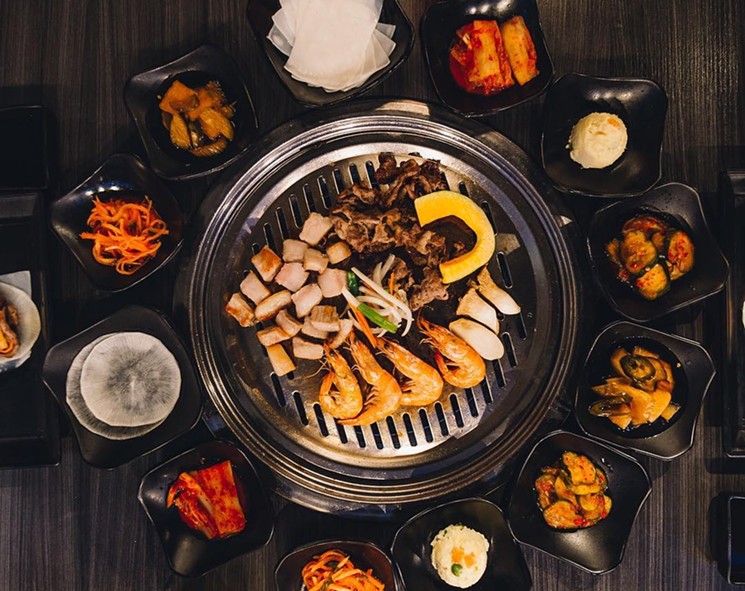 Korean barbecue is having a long moment.
Gen Korean BBQ House
Gen Korean BBQ House, Tempe
The first Arizona location of this California import had its soft opening on Rio Salado Parkway on September 14. Korean cuisine has been having something of a long moment. With great reviews of the menu, and all-you-can-eat lunch and dinner options, this Korean barbecue joint is set to become a Tempe favorite.

Frank & Lupe’s Restaurant
The newest Valley outpost of this New Mexican restaurant has opened on East Chandler Boulevard in Phoenix.

Chicken and fries and new Valley import PDQ.
PDQ
PDQ, Paradise Valley
Another first for Arizona, PDQ (People Dedicated to Quality), an "all-natural" chicken strip fast food restaurant, opened on Cactus Road in September. The restaurant's homemade strips and nuggets are served in salads, by themselves, and/or on sandwiches along with homemade dipping sauces.

Snowtime, Chandler
A new bingsoo parlor has landed in town. The place specialized in the milky Korean shaved ice dessert. If you dig Korean barbecue and want to taste other elements of the peninsula's cuisine, head over to North Dobson Road in Chandler at the aptly named Snowtime.

Noodle dishes, curries, and other Thai favorites at ThaiTini.
ThaiTini
ThaiTini, Tempe
The District on Apache has a hip new Thai restaurant serving affordable combo lunches, classic curries, soups, and noodle dishes. Bonus: They also have a selection of Asian beers on draft.

The Local Chandler, Chandler
This sports bar featuring pub grub and craft brews on tap opened on West Chicago Street in Chandler earlier this month. Burgers, sandwiches, and tacos dominate the menu. A plethora of TVs make this spot a prime-time option for a game.

Nirvana Indian Cuisine, Scottsdale
Scottsdale has a new Indian and Pakistani food option on North Northsight Boulevard. The restaurant offers a laundry list of stuffed breads along with other South Asian classics. Not sure what to order? Hit the lunch buffet to sample a bit of everything.

B2 Burgers & Brews, Chandler
Fancy a peanut butter and bacon burger? How about a pineapple burger? This new spot in Chandler has an eclectic menu of hamburgers ranging from basic to the bizarre, even slinging a dessert burger (no beef involved, thankfully). As the name implies, more than 20 beers can be had on tap.

This Valley 'cue spot will be offering eats beyond what you would expect from a barbecue joint.
Arizona BBQ Company
Arizona BBQ Company, Gilbert
September was a good month for barbecue in Metro Phoenix, with two openings, including this casual spot for the likes of half-pound brisket sandwiches, smoked chicken, green chile mac and cheese, and house-smoked chicharones. The menu is much bigger than that of your typical 'cue spot. You can even find a salad or two.

PHO KC, Glendale
There is a new option in the Valley for pho, banh mi sandwiches, and all manner of spring rolls at PHO KC, which opened on September 21 on 59th Avenue in Glendale. Go for the pho, stay for the mì hoàng thánh tôm (egg noodles with pork wontons and shrimp).

The Breakfast Nook, Cave Creek
Despite what the name may suggest about size, this new restaurant serves a variety of strawberry Swedish pancakes, benedicts, and waffles. It offers a sizable lunch menu that includes the likes of half-pound burgers, Reubens, Cobb salads, and carbs sourced from Scratch Bakery as well as local La Canasta tortillas.

Love Hawaiian BBQ, Glendale
With a menu that clearly reflects the Japanese influence on the diverse food scene of the Big Island, this family-run spot looks to be a great place to get a taste of the Hawaiian food native islanders grew up with. We're especially excited about the pulled Hawaiian pork and crispy katsu chicken.

Sasaki Sushi & Bar, Scottsdale
The Scottsdale Civic Center Mall welcomed a new tenant this month. Sasaki is serving a myriad of sushi rolls, ramen, and snacks like gyozas. Plus, as they announced on their Facebook page this week, "Come to see us, we serve alcohol now."

Cold Beers & Cheeseburgers, Glendale
Last month Glendale got its own outpost of this popular burger joint, which opened on West Deer Valley Road in mid September. Many TVs make the place great for games. 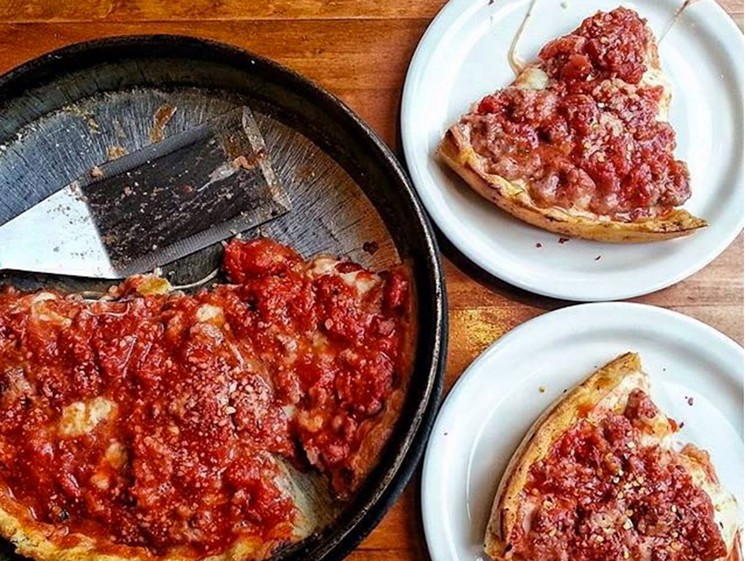 Gourmet House of Hong Kong
This beloved Phoenix Chinese restaurant had been open since 1984 and garnered several accolades over the decades. Gourmet House of Hong Kong was famous for its 26-page menu, featuring usual suspects (like kung pao and teriyaki) and higher-reaching staples (red-lacquered Peking duck). It also exotic offerings, stuff like frog legs and pea-sliver noodles. After more than thirty years it is, alas, no more.

Joe's Farm Grill, Gilbert
But, fear not, they are only closed for remodeling until October 12.