Five Free Things to Do This Week in Metro Phoenix

Will Smith stars in King Richard. Anne Marie Fox/Warner Bros.
Valentine's Day can be a majorly expensive holiday, so if you're a little cash-poor this week, we've got you. Here are five things to do around metro Phoenix that won't cost you a dime, including movie screenings, art festivals, and more. 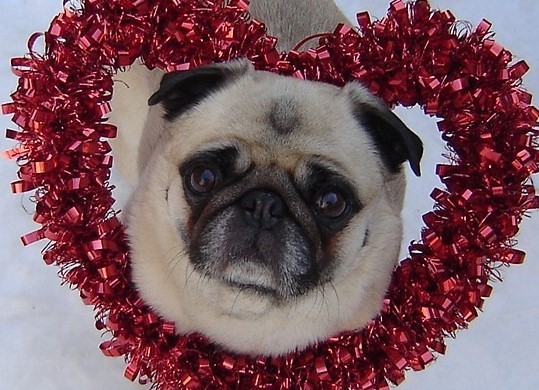 Bark in the Park

Today is Valentine's Day, and whether you're single or partnered on this day of love, we can all agree on one thing: Puppies are awesome. At 11 a.m. on Monday, February 14, you can head down to Phoenix Civic Space Park, 424 North Central Avenue, for Bark in the Park: Valentine's Edition. Presented by Downtown Phoenix Inc., the event features the opportunity to get some quality time in with puppies from Almost There Rescue, plus music by A Girl Named Scot and a selfie kissing booth. Hidden Track Bottle Shop and Willie's Taco Joint will also be on-site in case you need some wine for later or a quick lunch.

Oh, and by the way, all the puppies you'll see at the event are adoptable, in case you're looking for your forever Valentine. Visit the event page for more info.

Get up close and personal with Phoenix's oldest theater.
Lynn Trimble

The Orpheum Theatre in downtown Phoenix is swiftly approaching its 100th birthday (that'll happen in 2029), but it's still one of the most gorgeous buildings in town. Get a peek behind the curtain, as it were, with a free tour happening at noon on Tuesday, February 15, at 203 West Adams Street. That's when the Friends of the Orpheum Theatre will take a small group through the public and some of the non-public spaces of the building.

The tour lasts about 60 minutes, and masks are encouraged. Tickets are limited, but if you miss out, they'll be doing more tours in March. Keep up on the organization's Facebook page. Variety shows used to be our grandparents' thing — a little of this, a little of that, and an evening at a venue or in front of the TV passes in an entertaining fashion. Monthly comedy and music event Island Time picks up the variety show mantle for the cynical millennial audiences of today. Hosted by Lou Moon, Island Time features local comics doing short sets with background music by the unhinged and hilarious punk band/late-night TV show Spicy Mayo. At 8 p.m. on Wednesday, February 16, the lineup includes Charlie Jr., Anthony Thornton, Cam Kiernan, and the headliner, Eric Sobczak. If you're 21 or older, head to Yucca Tap Room, 29 West Southern Avenue in Tempe, for a free evening of irreverent comedy, drink specials, and punk music.

When the Academy Award nominations were announced on February 8, sports drama King Richard picked up five of them, including Best Picture and Best Actor for Will Smith. Smith plays Richard Williams, father of tennis legends Venus and Serena Williams, who builds on their natural talent to propel them to success.

You can catch a free screening of King Richard on Friday, February 18, during the next installment of Arizona State University's Movies on the Field series. Presented by ASU 365 Community Union, the movie is open to the community and starts at 7 p.m. (doors open at 6) at Frank Kush Field at Sun Devil Stadium, 500 East Veterans Way, Tempe. You should bring a blanket to sit on, and wearing a mask is strongly recommended. No outside food and drink will be permitted, as there will be vendors on-site. Free parking in lot 59 is available. Register for the screening here. When it's 115 degrees in July and you're hiding from the sun, you'll wish that you had spent more time outside when the weather was actually beautiful. Spare yourself the regret and check out the Gilbert Art Walk, happening from 9 a.m. to 1 p.m. on Saturday, February 19.

The free event showcases the talents of local artists working in mediums like photography, painting, ceramics, jewelry, and more. There will also be live music. The art walk is right across from the (also free to attend) Gilbert Farmers Market. Start at the Gilbert Water Tower, 45 West Page Avenue, Gilbert. Visit the website for more info.
KEEP PHOENIX NEW TIMES FREE... Since we started Phoenix New Times, it has been defined as the free, independent voice of Phoenix, and we'd like to keep it that way. With local media under siege, it's more important than ever for us to rally support behind funding our local journalism. You can help by participating in our "I Support" program, allowing us to keep offering readers access to our incisive coverage of local news, food and culture with no paywalls.
Make a one-time donation today for as little as $1.